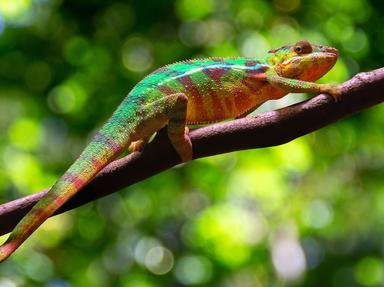 In the Red: Herrings Trivia Quiz

Welcome to Team Red's 100 Question Quiz: Part 2. Can you find the different shades of red hidden in the sentences?

Quiz Answer Key and Fun Facts
1. Many people still call Uluru by its non-aboriginal name of Ayers Rock, although since 2002, Uluru has been the preferred title.

Many people still call Ulu/RU BY/ its non-aboriginal name of Ayers Rock, although since 2002, Uluru has been the preferred title.

The colour ruby is named for the gemstone and is a variety of the mineral corundum, which gets its name from the Latin 'Ruber' meaning red. The colour is a dark almost glossy red.

Uluru is Australia's famous sandstone monolith in the Northern Territory. In 1863 it was called Ayer's Rock by the white settlers but in 2002 the name was changed back to the traditional Uluru. Due to surface oxidation of its iron content, Uluru along with the surrounding soil has a high iron content and this oxidation gives it its red colour. This causes Uluru to seemingly change colour depending on time of day and the position of the sun, with the most spectacular colours being at dawn and dusk when it is a vibrant red.

Hey mate, can I borrow your /CAR? MINE/ is at the mechanics.

Carmine, a deep red colour, is produced by certain scale insects and is the aluminium salt of carminic acid. It is used in crimson ink, food colouring, paint and cosmetics.

This question was revved up by 1nn1.
3. On 'Family Matters' Carl ethically worked as a police officer when he wasn't taking care of his three children.

On 'Family Matter/S' CARL ET/hically worked as a police officer when he wasn't taking care of his three children.

Scarlet is a bright red with a tinge of orange that has traditionally been associated with passion and joy.

The television show "Family Matters" ran for nine seasons from 1989 to 1998 and it told the story of the middle-class Winslow family from Chicago. Reginald VelJohnson played the patriarch Carl Winslow while Jaleel White played the Winslow's nerdy next door neighbour Steve Urkel.

Triviaballer nabbed this question before it was gone on the wind.
4. I was very upset when I crashed my chestnut-coloured Camaro on the way to the game at the University of Chicago.

I was very upset when I crashed my chestnut-coloured Ca/MARO ON/ the way to the game at the University of Chicago.

Maroon is used as a school colour by many schools. The University of Chicago not only uses maroon as one of its colours, but its sports teams are called the 'Maroons' as well.

This question was proudly displayed by tiffanyram.
5. They all have sour grapes when I win events.

They always have sour grapes when I /WIN E/vents.

Wine is a dark shade of red, like burgundy, and is probably something like the colour you imagine when thinking of a partially filled wine glass. Plant compounds like tannins and anthocyanidins contribute to these reddish hues, and if red drupe grapes are quickly pressed without touching the skins they can actually produce white wine instead.

malik24 soberly wrote this question.
6. The ace is the highest card in all poker hands.

The ace is the highest /CARD IN AL/l poker hands.

Early Colonists so named the bird because of its resemblance to the vivid red robes and caps worn by Roman Catholic cardinals. The male Northern cardinal is easily recognized by his bright vibrant red colour and black area around its eyes and reddish bill. The female is pale greyish-brown or olive colour with red winged tinges and she also has a smaller black 'mask'. Both have the distinct crest, males being red and females have red on the tips.

Sally0Malley blushingly trumped this question.
7. I trust this used car I am buying meets road-worthiness requirements.

I t/RUST/ this used car I am buying meets road-worthiness requirements.

The colour rust resembles iron oxide and is a red/orange/brown hybrid. While most people consider a darkroom's light to be red, it is actually more 'rust-coloured' as it sits in that area of the visible spectrum.

Rust is created by the reaction of air and moisture on iron. Iron is progressively weakened as it is attacked by the corrosive effects of the rust. Road-worthy certificates are usually required when purchasing a used car, and minimum requirements usually include such things as effective brakes, good tyres and no rust in the body of the vehicle!

This question was certified and passed by VegemiteKid.
8. Some say that Tai Chi limits the effects of capsaicin.

Some say that Tai /CHI LI/mits the effects of capsaicin.

When thinking of the colour chili red one immediately imagines a vivid, vibrant red, much like the colour and flavour of the fruit. However, Pantone Colour Institute's 2007 colour of the year 'Chili Pepper' is tinged with spots of brown. In their words, the colour is 'just like the chili pepper, both dramatic and exciting'.

This heated question was served up by pollucci19.
9. Dissolving gems is not recommended, but a mixture of vinegar, nettles and salt might work if you want to try.

Dissolving gems is not recommended, but a mixture of vine/GAR, NET/tles and salt might work if you want to try.

The garnet stone comes in a variety of shades, but when used to describe the colour it refers to a deep, dark red. Garnets will not dissolve in a vinegar mixture, although pearls will if left long enough.

Rossian polished up this gem of a question.
10. I prefer to use the richer rye flakes for my fruit crumble because they have more flavour.

I prefer to use the ri/CHER RY/e flakes for my fruit crumble because they have more flavour.

Cherry red takes its name from the fruit, and like the fruit the colour itself varies. It can range from a vibrant red through to a deep purple-hued red. Some cherries are so dark as to be called black, but whatever its hue, cherry is found on the red spectrum.

A fruit crumble is a baked dessert which consists of steamed fruit with a crumble on top. The crumble may or may not use oats but it must have sugar and butter. Apple is the most common variation, but cherry is a special dish for Christmas.

This delicious question was served up by leith90.
Source: Author leith90

Related Quizzes
This quiz is part of series Cat Got Your Tongue?:

An assortment of word play quizzes to test your mettle


1. In the Red: Herrings Easier
2. Pieces of Ate Very Easy
3. Home Alone Very Easy
4. A Spell Abroad Very Easy
5. Stop Twisting My Words Easier
6. What Is My Middle Name? Easier
7. It's Not All Black and White Easier