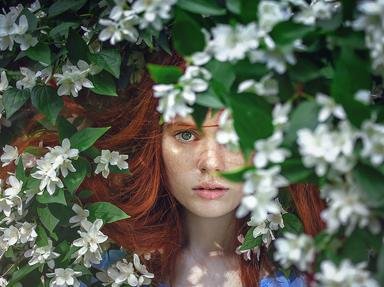 Welcome to the Dance Trivia Quiz

Choose your partner - but first, find which dances you will perform, hidden in the following sentences. Each one is hidden in two or more words. Look for odd sentence structure to help in your quest.

Quiz Answer Key and Fun Facts
1. If you want a tan, go to the beach.

... a (TAN GO) to ...
The tango originated in what might be called the seamy side of Buenos Aires, Argentina in the 1880s. It is a lively and suggestive partner dance, often to be seen in competitions, like the television show "Dancing with the Stars".
2. I can't ask Pa, so do bleat like a sheep, please.

Originating in a military marching pace, as a dance the paso doble (two step or double step) approximates the movements of a bullfighter (the man) and his cape (the woman) and can be a joy to watch. A memorable rendition of a paso doble is that performed by ice dance champions Jayne Torvill and Christopher Dean at the 1984 Winter Olympics.
3. Really Sam? Barking at the moon?

Of Brazilian origin, the samba is extremely upbeat and involves all sorts of drums, maracas and other percussion instruments all keeping the beat moving. I defy anyone to sit still while watching Gloria Estefan's video "Samba".
4. Running from Interpol, Kate lost her way.

Though it is often associated with Poland, the polka originated in the 1830s with a Czech farm worker, with a name meaning "half step". It is a lively dance that spread through Europe and beyond.
5. Do you know Al T. Zeller?

I don't know Mr Zeller (I made him up), but can tell you that the waltz was once considered quite risque, given that men and women were required to touch each other when dancing it. In late 18th - early 19th century Europe this was scandalous.
6. On Oahu lakes may be fishponds or lagoons.

Oahu is a bit of an extra clue here, to the Polynesian dance most associated with Hawaii, the hula. Images of pretty girls in grass skirts spring to mind.
7. Play the drum. Bang it slowly.

The rumba (or rhumba) is of Cuban origin, with variations that incorporate the big band sound, congas and other instruments and rhythms. It is sometimes called "the Dance of Love", though seduction might be more accurate.
8. Was Al saving his money?

Salsa became popular in the 1960s, as a mishmash of various Cuban and American dance styles. Salsa music had been around already for at least fifty years, with a name meaning "sauce" in Spanish.
9. This might have been the dance of rug-makers in the 'sixties.

The frug was one of those dances from the 1960s that really wasn't much of a dance at all, but a gyration of some part of the body, in this case, the hips.
10. In Machu Picchu, St. Leonard is not well-known.

Nor, I imagine, is that ever-popular disco dance, the hustle! Popular since the 1970s Disco Era, the hustle was originally simply a term for any disco dance, which later came to be applied to a particular set of moves performed to suitable music.
Source: Author spanishliz