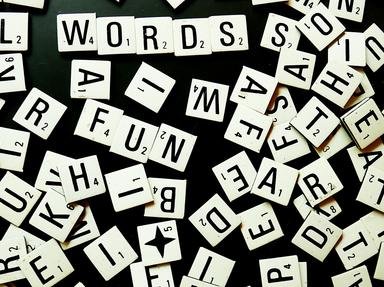 What's Tomato With You? Trivia Quiz

If you anagram "tomato + you" you get "toyo outwit ham", which doesn't make a great deal of sense. Hopefully the rest of these will. Best of luck.

Quiz Answer Key and Fun Facts
1. Combine the two (or three) words given and anagram them to obtain the answer to the question asked. NOTE: Despite how the questions are written there is NO theme to the answers. Start the quiz like your day, with a good breakfast. Fruit is always an excellent start. PLUM + SAGE = A covering of feathers.

Plumage can also mean feathers that are used in an ornamental manner. In addition, a very elaborate dress can also be described as plumage.
2. It also helps to add some form of supplement to your diet. LINSEED + CUBOID = A hit song for the Australian band INXS.

Linseed is obtained from flax seed and, whilst studies are still being conducted, early indications are that it may be an aid in preventing breast and prostate cancers.
3. Grazing throughout the day is a good dieting principle provided you eat the right snacks. DATES + RIPEN = A person strolling on the sidewalk.

Pedestrians are those that opt to travel by foot rather than using a vehicle i.e. they're footsloggers. Pedestrian can also mean mundane or ordinary.
4. Aah it's lunch time. KEBAB + STALL = A type of sport.

A kebab (sometimes called kebob) is usually made up of small cubes of marinated meat which are threaded onto skewers and then grilled. These meat cubes can be complimented with slices of mixed vegetables.
5. Maybe some flavour to spice things up a bit. CHILI + RATSBANE = An actor who has portrayed Gotham City's favourite son.

Ratsbane is an arsenic based poison designed to kill ... um ... rats.
6. Now finish off your lunch with a little bit of fruit. CHERRY + EAT ETHNIC = A famous Salinger novel (The first "the" in the title has been omitted).


Answer: Catcher In The Rye

The cherry can be a tree, a shrub, the fruit that comes from these plants, or the timber from the trees. Cherry can also be described as a red to purplish colour. It is a slang term for a cricket ball.
7. Let's not forget the snack to get us through the afternoon. PECAN + GREET = A rate or proportion.

Pecan comes from the Algonquian word that means "nut that needs a stone to crack it". The pecan is a good source of protein, is rich in omega-6 fatty acids and helps reduce LDL cholesterol (that's the bad cholesterol).
8. Make your evening meal a light one. RICE + COLD CROOK = An Elton John hit song.

"Crocodile Rock" was recorded in 1972, appears on Elton's album "Don't Shoot Me I'm Only the Piano Player". It became his first US Number One single.
9. And this vegetable will always go well with rice. CORN + ALBINAL HAM = The USA's 16th President.

Corn is a staple food in a large number of regions around the world. In Mexico, for instance, it is the main food and it appears in just about every dish they produce. Even the "huitlacoche", which is a fungus that attacks the corn, is considered to be a delicacy.
10. Then finish the day off with a fine glass of wine. CLARET + FLOWING AAH = A large man made structure.

'Aah' is an expression of joy or satisfaction. Claret comes from the French term clairet which has been used to describe certain red wines from the Bordeaux region in France.
Source: Author pollucci19 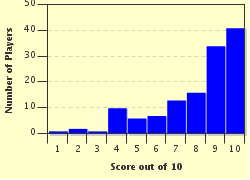