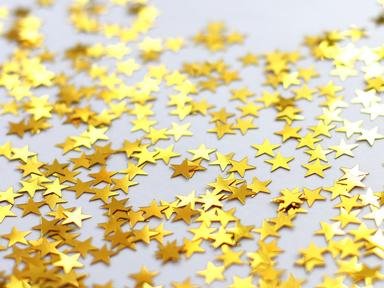 Besides "Centennial" What Else Were They In? Quiz

"Centennial" was a mini-series that aired on American television in 1978. It chronicled several decades of westward expansion in the U.S. Some of the ensemble cast could be spotted elsewhere, let's find out where.

Quiz Answer Key and Fun Facts
1. At the beginning of "Centennial", we were introduced to the French fur trapper, Pasquinel, played by Robert Conrad. In what western TV show did Conrad star in in the 1960's?

Robert Conrad played the character of James T. West in the series. He has also starred in multiple other movies and television series, such as "Baa Baa Black Sheep" (1976) and "High Mountain Rangers" (1988).

Pasquinel was the character that started it all. He explored much of the wilderness and helped bring about settlement of the area, this of course was after his death.
2. At the beginning of "Centennial" we meet Pasquinel's partner, Alexander McKeag. Also seen in the television series "Dr. Kildare", who is this handsome actor?

Richard Chamberlain was indeed Dr. James Kildare on television in the 1960s. He also starred in numerous other mini-series as well as other television projects and movies. One little known fact is that he once played Captain VonTrapp in the musical "The Sound of Music" on Broadway.

McKeag was a true friend to Pasquinel even though they had a falling out. McKeag took on Pasquinel's family following his death.
3. Playing the part of the beautiful Native American woman, Clay Basket, who shared both Pasquinel's and McKeag's lives, was which actress who was also seen in the role of Angelica Nero on "Dallas"?

Barbara Carrera has enjoyed much success in American television. Her portrayal of Clay Basket is quite possibly the jewel in her crown of roles. Other projects she has been a part of include "JAG" and "Judging Amy".

Clay Basket had two half-breed sons with Pasquinel and they grew up to become renegades.
4. Not only did I portray Herman Bockweiss in "Centennial", I was the title character on "Perry Mason". Who am I?

Among Raymond Burr's other acting credits are the seriously scary bad guy in "Rear Window" (1954) with James Stewart and the wheel-chair bound detective, Ironside, on the series with that name.

The University of Iowa had quite a football star on their team and he went on to become a Detroit Lion star, too. Alex Karras also had roles as the lovable brute Mongo in "Blazing Saddles" (1974) and the adoptive father of young 'Webster' on the series by that name.

We'll always remember him as 'Potatoes Brumbaugh'.
6. The tall, blonde actress who played Lise Bockweiss Pasquinel could also be seen a few years earlier in the role of Major Houlihan in the movie version of "M*A*S*H". Who was she?

Perhaps her most memorable role was that of Hot Lips on "M*A*S*H" (1970), but she has also been a part of numerous other movies including "Sesame Street Presents Follow That Bird" (1985), as the voice for Miss Finch, and "Back To School" (1986).

The character of Lise Pasquinel had to endure knowing that her husband also had an Indian family out in the wilderness. She did so with grace and poise.
7. Before taking the role of trail boss, R.J. Poteet, which actor could be seen as the western-style lawman in the middle of New York City on the series "McCloud"?

Did you know that Dennis Weaver starred in Steven Spielberg's first hit movie "Duel" (1971)? That's the one where the semi-truck is chasing him. Weaver can also be seen in guest roles on numerous television series and has even done a voice-over for the animated "Home On The Range" (2004).

R.J. Poteet was respected by all his cowhands on the cattle trail. He was hard, but fair and got the job done.
8. What English actress portrayed Charlotte Buckland Seccombe Lloyd on "Centennial", as well as the title role in "Georgy Girl" (1966)?

Lynn Redgrave has been featured in a host of television and movie roles such as "The Love Boat", "Fantasy Island", "Murder She Wrote" and "Hotel". She is the daughter of Michael Redgrave and Rachel Kempson, who also are actors. Her sister, Vanessa, is in the business as well.

Charlotte is the head of the enormous Venneford Ranch and does much for the settlement of the area.
9. Gregory Harrison was phenomenal in the role of Levi Zendt on "Centennial". In what television series did he star as Dr. Gonzo Gates?

Levi Zendt is a crucial character to the story of "Centennial". After being shunned by his Amish family in Pennsylvania, he decides to go west taking with him an orphan girl whom he later marries. The girl, Ellie, is killed by a rattlesnake on the trip leaving Levi to continue on alone. He eventually does settle and opens a trading post that in turn becomes the town of Centennial. His life intertwines with that of the remnants of Pasquinel's family.
10. Chad Everett starred as Dr. Joe Gannon on "Medical Center" before taking the role of Major Maxwell Mercy on "Centennial".

Major Maxwell Mercy was a good officer who tried everything he knew to bring peace to the prairie. He efforts were to no avail however since both the white settlers and the native tribes felt they were in the right and caught Major Mercy right in the middle.
11. Colonel Frank Skimmerhorn was a sadistic army officer who was portrayed on "Centennial" by which actor, who also played Colonel Samuel Trautman in the "Rambo" movies opposite Sylvester Stallone?

Skimmerhorn was known to order the vicious murder of Indian women and children. In one scene, he is questioned about killing the Indian children and he replies "Nits grow into lice." Shame, shame on you, Colonel Skimmerhorn!
12. The role of Sheriff Axel Dumire on "Centennial" was played by an actor previously seen in roles on "Family Affair", "77 Sunset Strip" and "Hardcastle and McCormick". Who was this actor?

Sheriff Dumire gets the dubious task of figuring out just exactly what the Wendell's have been up. He knows it is not on the up and up, but it takes him a while to figure them completely out.
13. Andy Griffith portrayed the role of Professor Vernor on "Centennial". What was the name of the kindly sheriff he portrayed on "The Andy Griffith Show" and "Mayberry R.F.D."?

Along with a host of guest-star roles, Andy Griffith is best known for his role as Sheriff Andy Taylor and as Matlock on the series of that name. His movie roles have included "No Time For Sergeants" (1958), "Rustlers' Rhapsody" (1985) and "Spy Hard" (1996).

Andy is seen towards the end of "Centennial" as Professor Vernor as things are about to wrap up for the mini-series.
14. Also appearing as Napoleon Solo on "The Man From U.N.C.L.E.", which actor portrayed Morgan Wendell on "Centennial"?

Robert Vaughn's career has been bountiful indeed. He can be seen in such movie greats as "The Magnificent Seven" (1960) and "The Towering Inferno" (1974), as well as an uncredited role in "The Ten Commandments" (1956).

Morgan Wendell is a descendant of the Wendell's who were performers in "Centennial" in the early days. Their desire for money drove them to theft and murder and garnered them the suspicion of Sheriff Axel Dumire.
15. The narrator on "Centennial" is played by what actor, who starred with John Wayne in "The Green Berets" (1968)?

On the original television series, "The Fugitive" (1963-67), David Janssen portrayed the role of Dr. Richard Kimble. He was also seen on "Death Valley Days" in 1961, and "Richard Diamond, Private Detective" (1957-1960). The narrator is revealed to be Paul Garrett, whose ancestors had helped settle the area around Centennial. His voice is heard throughout the entire mini-series.

The mini-series "Centennial" has always been my personal favorite. It has been available on VHS for several years, but is now available on DVD. If you have an interest in the taming of the West and have not seen this well-made mini-series, you should.
Source: Author cat_brat63 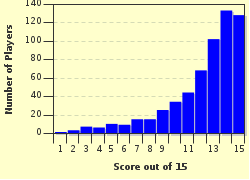 Related Quizzes
1. Who's Who: My Favorite Old West Heroes Easier
2. All Things Must Come To Pass 3 Easier
3. I Could've Been on "Saturday Night Live!" Easier
4. Humerus, Will You? Easier
5. "Life in Pieces" Shorts Easier
6. Life Before and After "Batman" Easier
7. Ant and Dec Average
8. Ladies Who Fight Crime Average
9. Ten Humanitarian Sci-Fi Stars of the 60s-70s Average
10. "Melrose Place" - Where Have They Been? Average
11. British TV Comedy Stars Average
12. Life Before and After "Batman":The Sequel Average