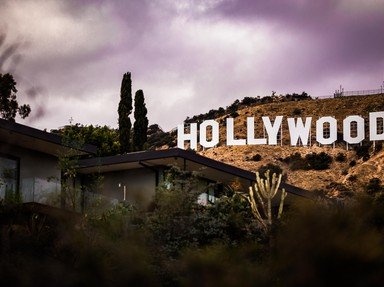 Celebrities have long had a history of behaving badly and leaving trails of destruction in their wake. Can you identify these ten worst offenders?

Quiz Answer Key and Fun Facts
1. Which English musician, known for his enthusiastic drumming and destructive lifestyle, was banned from several hotel chains globally due to his penchant for blowing up toilets?

Keith Moon (1946-1978), drummer for The Who, is touted by the Rock and Roll Hall of Fame as 'one of the best drummers ever'. He was just as famous for his private life, earning himself the nickname 'Moon the Loon'. In 1967, when celebrating his 21st birthday, Moon was responsible for causing mayhem the likes of which was unparalleled.

He started a food fight, blew up the toilet with dynamite and discharged all the fire extinguishers. While being chased by the police, he slipped on a piece of birthday cake and broke his front tooth.

The night ended after he drove a car into the hotel swimming pool and earned himself a life-time ban from all Holiday Inns.
2. Which actress, best known for her roles in "The Parent Trap" (1998) and "Freaky Friday" (2003) was addicted to drugs, alcohol and the occasional theft and often left used syringes in her hotel rooms?

Lindsay Lohan began her movie career at the age of eleven when she scored a role in "The Parent Trap" (1998). She appeared in the lead role of several other movies before turning into a wild child. Her career derailed in 2007 when she was charged with DUI (driving under the influence) and spent three stints in rehab.

She was banned from the Shutters on the Beach Hotel in Santa Monica when hotel staff found her room filthy and with used syringes lying around. The staff were forced to call in hazardous waste experts to deal with the debris.
3. Which movie turned television celebrity, wrecked his NYC Plaza hotel room in 2010 after spending a drunken night with an escort and was sacked from his Emmy and Golden Globe nominated role of Charlie Harper the following year?

Charlie Sheen was sacked from the television series 'Two and a Half Men' in March 2011 following his third stint at rehab in twelve months. In January that year, the show was forced into a hiatus while Sheen tried to battle his addictions.

Sheen's personal life consistently makes headlines due to his alcohol and substance abuse and allegations of marital violence. In 2010 Sheen famously trashed his hotel room after he couldn't find his wallet or mobile phone. He accused the escort of stealing it, but when police arrived, Sheen was passed out naked on the bed, and the escort had barricaded herself in the closet, fearing for her life.
4. This English musician started a trend when he threw a hotel television from his tenth floor balcony. Which guitarist, named one of 'the greatest guitarists of all time', went 'Stone' crazy in 1972?

Keith Richards, labelled 'mad, bad and dangerous to know' by music journalist Nick Kent, is one of the founding members of rock band "The Rolling Stones". Richards was notorious for his drug use, but his guitar virtuosity has stood the test of time and 'Rolling Stone Magazine' named him the fourth greatest guitarist of all time.

While in L.A. in 1972, Richards and fellow musician Bobby Keyes, threw their hotel television from the Continental Hyatt House balcony onto the street below. The action spawned a spate of copycat behaviour and is partly the reason why the hotel got rid of the balconies during a major refurbishment.
5. This was certainly no white wedding. Which 1980s rocker went on a three week destruction spree in Thailand, which only ended after the army tranquillised him?

Billy Idol, best known for his hits "White Wedding" (1982) and "Rebel Yell" (1984), broke up with his long term girlfriend Perri Lister in 1989. He spent three weeks in Thailand, trashing several hotels and refusing to leave the last Penthouse after raking up a bill of more than a quarter of a million dollars. The army was called, Idol was tranquillised and ousted on a stretcher.
6. Which American singer, married to Kurt Cobain and renowned for throwing screaming fits onstage, once took only eight hours to completely trash her hotel room?

Courtney Love, founding member of the indie band Hole, received critical acclaim for her music and was nominated for a Golden Globe for her performance in the movie "The People vs, Larry Flynt" (1996). In 2009 she reformed the band Hole and also exhibited a collection of her own art work.

In the early 2000s Love ran foul of the law and had several rehab stays to cure her addictions. It was in 2009 while staying at New York's The Inn on Irving Place that she trashed her hotel room, flooding the room and leaving behind used syringes. Despite being found with a syringe in her purse, Love claimed she hadn't used drugs in more than five years.
7. Which actor, arguably best known for his character roles of Willy Wonka and Jack Sparrow, wrecked his hotel room and blamed it on an armadillo?

Johnny Depp became a teen idol after he appeared in television's '21 Jump Street'. He changed to movies where his first role was in "Nightmare on Elm Street" (1984) and has made a name for himself playing the character role of Captain Jack Sparrow in Disney's 'Pirates of the Caribbean' series. He has also won critical acclaim and a Golden Globe Best Actor award for his role in 'Sweeney Todd: the Demon Barber of Fleet Street' (2007).

In 1994, Depp and then girlfriend Kate Moss stayed in New York's Marks Hotel where it is alleged they argued over the size of his personal effects. When the police arrived, Depp was handcuffed and taken into custody until he agreed to pay for damages and behave himself for six months. Ironically, former bad-boy Roger Daltrey, no slouch himself in the hotel-trashing stakes, was one of the people who complained about the noise.
8. Not only has this lead singer left a trail of trashed hotel rooms in his wake, he called a former band member a 'cancer' and bit the leg of a security guard in Sweden in 2006. Who is legendary frontman with an 'Appetite for Destruction'?

Axl Rose is the lead singer of the hard rock band Guns N' Roses and while he is notorious for his racial slurs, he is also known for stopping concerts until unruly audience members behave or are ejected. When guitarist Slash left the band in 1996 and Guns N' Roses had a period of hiatus lasting several years.

In 2001 Rose reformed the band, but negated any talk of Slash rejoining them by calling him 'a cancer and better removed.' In 2006, at the Berns Hotel in Sweden, Rose went on a drunken rampage, breaking mirrors and banging on the walls.

When confronted by a security guard, Rose displayed his animal instincts and bit him on the leg.
9. This singer, as famous for her beehive hairdo as she is for her powerful voice, left many a hotel room destroyed in her drunken sprees. Which singer tragically died of alcohol poisoning in 2011?

Winner of five Grammy awards, Amy Winehouse was catapulted to International stardom with the release of her second album 'Back to Black' (2006) which won five Grammy Awards; including Song of the Year, record of the year and Best New Artist. Unfortunately she was probably more infamous for her off stage life, which was in disarray due to her dependence on alcohol and drugs.

After one particularly nasty fight with her husband in London's Sanderson Hotel, Amy left the room in desperate need of a professional cleaning crew to clean the blood off the walls.
10. The members of this rock band are also known as 'The Bad Boys from Boston'. They are notorious for taking chainsaws on tour with the express purpose of destroying hotel furniture. Who is the lead singer and main trouble instigator of this band, who likes 'Livin' Life on the Edge'?

Steve Tyler is the lead singer for the band Aerosmith. The group, who formed in 1970 and was originally called Jam Band, has won several Grammys and MTV Awards and was inducted into the Rock and Roll Hall of Fame in 2001. Their 1998 hit 'I Don't Want to Miss a Thing' reached number one on the Billboard Top 100 and was featured in the movie Armageddon (1998). The movie features lead singer Steve Tyler's daughter Liv.

The hotel destruction was initiated by 'Toxic Twins', Steve Tyler and Joe Perry, and fuelled by boredom. They were also known to take extra long extension cords with them, so they could mimic Keith Richards by throwing their televisions out of the windows. Theoretically, they wanted to watch the TV while in the pool, but I'm not sure how the television would fare after a ten story fall.
Source: Author leith90 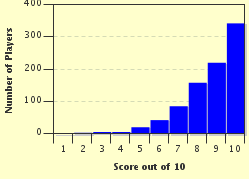