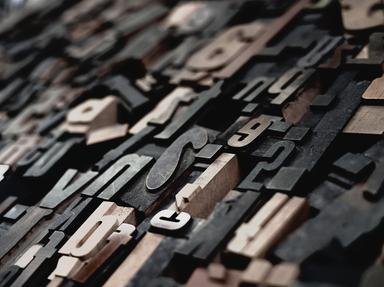 It's J.C. and the Pussycats! Trivia Quiz

Do you remember Josie and the Pussycats? Do you associate Jesus Christ with the initials J.C? This quiz isn't about any of them. This quiz is about 10 other J.C's, and their cats! Thanks to LeoDaVinci for the challenge, although I added the cats!

Johnny Cash has remained one of the most influential musicians of the 20th century. He is most well known for his country and western music; he was also noted for singing rockabilly, blues and jazz.
His life with fellow musician June Carter was immortalised in a movie: "Walk the Line" in 2005, based on Cash's own book of the same title.
2. "Cats" the musical opened in London in 1981. While most of you are familiar with the stars, there was a little kitten that only appeared in the original London production. Which J.C. was the very first George?

George was a chorus kitten with patches over both eyes, and was also part of Growltiger's "Raffish Crew".
John Chester began the part of George for the first season but the role was then taken over by Steven Wayne. Wayne stayed in the role for the remainder of the original London production, a mammoth feat that lasted 21 years. The character of George was retired after Wayne left the show.
3. Cat Stevens wrote and recorded "Wild World" for his fourth album in 1970. Which J.C. also covered it?

Jimmy Cliff (born James Chambers) is a Jamaican reggae singer, musician and actor. He is best known for his version of Johnny Nash's "I Can See Clearly Now" from the movie: "Cool Runnings".

Many people recorded Cat Stevens's "Wild World".
4. This J.C. is famous for caterwauling in his television shows and movies, but in one animated feature he voiced a character with the moniker "Cat R Waul". Which funny man is this J.C.?

John Cleese, the Minister for Silly Walks, was a member of the group of comedians responsible for the series of "Monty Python" films. He later co-wrote and starred in "Fawlty Towers", an enduring series that is still popular today.
Cat R Waul is an evil cat in "An American Tail: Fievel Goes West". In this animation, Cleese lures a group of mice to his town under false pretences, hoping to score them for supper.
5. A cat called Figaro, a goldfish, a cricket, a carpenter and a puppet feature in a famous Walt Disney animated film. Which J.C. becomes a conscience to a wooden boy?

In Carlo Collodi's 1883 novel "The Adventures of Pinocchio", Jiminy Cricket was such a minor character, he didn't have a name. It was only in Walt Disney's 1940 adaptation that the role was expanded and Jiminy Cricket became a wise partner to Pinocchio.
Singer Cliff Edwards, who immortalised the song "When You Wish Upon a Star", voiced Jiminy Cricket until his death in 1971. Following this, Eddie Carroll took over for later animated movies.
The expression "Jiminy Cricket" as an expletive first occurred in "Snow White and the Seven Dwarfs" three years before Pinocchio was filmed. Years later, it became a catchphrase for Howard Cunningham on "Happy Days".
6. With this one the connection is nebulous at best, but I had to include it. Which Malaysian-born J.C. brought out a line of women's shoes called "Cat"?

Jimmy Choo started selling his shoes in London in 1986, but it wasn't until he was featured in "Vogue" magazine that he attracted international attention. Choo's shoes are also featured in the "Sex and the City" series and movie. Public demand for the style of shoe that Carrie lost on a ferry in one episode forced the company to re-release them in time for the movie premiere.
7. Felix the cat first appeared in the early 1900s but his popularity was revived following the release of "Felix: The Twisted Tale of the World's Most Famous Cat" in 1991. Which J.C. authored this story?

John Canemaker is a filmmaker, producer, author, teacher, animation historian and artist. He won an Academy Award in 2006 for "The Moon and the Son: An Imagined Conversation" which he co-wrote and directed.
After his Felix novel was published in 1991, Felix's popularity enjoyed a resurgence, spawning several new compilations and DVD releases.
8. "Enter the Cat". A rare "Cat of Khartoum" statue is found in one episode of this J.C.'s many television shows. Who is this iconic actor, known for his acrobatic fighting style?

Jackie Chan was born in Hong Kong in 1954 and his action movies involve plenty of fighting, weapons, stunts and martial arts. But apart from his acting, film making, fight choreography and stunt performing, Jackie is also a singer. He performed at the Closing Ceremony of the Beijing Olympics in 2008.
9. Have you ever heard of Misty Malarky Ying Yang? It was the cat belonging to the daughter of a well-known leader whilst he was in office. Who is this J.C. politician?

Jimmy Carter became the 39th U.S. President in 1977 and was awarded the Nobel Peace Prize in 2002. After leaving the Presidential office, he and his wife founded The Carter Center for human rights.
His only daughter Amy, and her cat lived in the White House, but an elephant she was given did not. During the 1980s and early 1990s she was heavily involved in political activism. Since then however, she has married and is now on the board of the Carter Center.
10. Which French J.C. poet, playwright, and novelist gave us this quote: "I love cats because I enjoy my home; and little by little, they become its visible soul"?

The late Jean Cocteau was a French writer, poet, director and actor. He had always had a fascination with futurism and surrealism and this became evident in his plays "Oedipus Rex", "La Machine Infernale" and his version of "La Belle et la Bęte" (Beauty and the Beast).
Through his legacy of works he is renowned for his memorable quotes, many of which can be found through various websites dedicated to his works.
Source: Author leith90 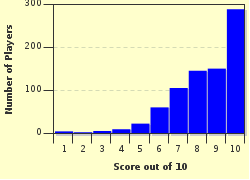