Programs on Both Radio and TV Trivia Quiz

Some shows were good enough to make the transition from radio to TV with ease. These did. This quiz is, admittedly, by an older player for older players, but regardless of your age, give it a shot. You just might be entertained.

Quiz Answer Key and Fun Facts
1. This program centered around a middle American family, the Nelsons. It ran on radio from 1949-1954, and on television from 1952-1966. Mom, Dad, and their two boys, Ricky and David, starred. Ricky was encouraged to sing, and as a result became a rock and roll legend. Mom and Dad's names were the title of the show. What was the show called?

Ozzie Nelson was a bandleader in the very early '30s, and Harriet Hilliard the band's singer. Both worked in radio for a time before being asked to host their own show. Ozzie was a well-meaning but often befuddled husband, Harriet was the original mother who always dressed as though she were going to a formal party.

As far as remembered, Ozzie had no job, just hung around home. As adults, both Ricky (Eric) and David worked in show business with Rick the far more famous and successful.
2. "A horse with the speed of light, a cloud of dust, and a hearty Hi-Yo Silver!" This was one of the introductions used for the tv version of this very long running western, which debuted on Detroit's WXYZ in 1932. This hero was as straight and moral as they come, and was never seen without his mask. What was this show called?

The show played on the radio for 21 years, and on TV from 1949 to 1957. The Lone Ranger was the only survivor of a group of Texas Rangers ambushed by the outlaw Butch Cavendish. Badly wounded, he was found and saved by a native American named Tonto, who became his best friend and trusted companion. Together, along with his white horse Silver, they sought to make the old west safe for its citizens.
3. This show was named for the husband and wife team who starred. Both were former vaudevillians. He would simply ask a question like, "how's your uncle?" and she would weave a marvelously funny answer, almost nonsensical, but perfectly logical in her mind. The show ran on radio from 1932-1950 and on TV from 1950 to 1958. After her death, he carried on in show business and lived to be 100 years old, a stogie ever present between his fingers. Who were this two funny people?

She was a dancer in vaudeville, he a singer. They began their comedy with her as the straight man, but soon realized that audiences responded much more to her.
4. This radio comedy was arguably the most popular ever. It ran as a nightly serial from 1928 to 1943, then as a weekly show until 1955. It concerned the lives of two African-American friends who moved from the south to Chicago. Characters in the cast included, George "Kingfish" Stevens, Madame Queen and Algonquin J. Calhoun. Its TV run was short, due to African-American community protests. What was the title of the program?

This show was so popular that theatres would stop their film in order to play the broadcast over their speakers. Amos was a hard working family man who owned a cab. Andy was his somewhat blustery, gullible friend who was forever finding trouble by getting involved in the schemes of the Kingfish, who was the leader of their lodge, "The Mystic Knights of the Sea". Andy's romance with beautician Madame Queen was often the subject of the plot and Algonquin J. Calhoun was a somewhat shifty lawyer who often advised them when a plan backfired.
5. This show, set in the 1890 Yukon gold rush, opened with a rifle shot and a booming voice commanding, "On, King, on you huskies" This Mountie and his trusty dog, King, battled robbers and saved many a life in the bitter cold of the Yukon. The show aired on radio from 1938 to 1955 and on TV from 1955 to 1958. The name of the show was what?


Answer: Sergeant Preston of the Yukon

The show sprang from WXYZ in Detroit, as had "The Lone Ranger" and "The Green Hornet" and was created by the same team. The real star of the show was the dog, Yukon King. He was a malamute, according to some sources, a Husky according to others. Anyway, it was King who followed the trails, sniffed trouble before it began, and combated the bad guys when it was called for.
6. This radio star was an icon. From 1932 to 1958 radio listeners laughed at his miserly character, who was surrounded by a cast that included wife Mary, Dennis Day, Phil Harris, Mel Blanc, Don Wilson and many others. Sunday nights at seven was a must listen. He appeared on TV from 1950 to 1965. Who was he?

Noted for his cheapness, Benny's character was responsible for one of the longest sustained laughs ever in radio. When a robber demands "Your money or your life", after a prolonged silence, Benny is heard to say "I'm thinking it over." He drove an old Maxwell car (sound effects supplied by Mel Blanc) and kept his money in an apparently huge underground vault, guarded by a watchman who hadn't seen daylight in many a year.
7. This police drama featured Sergeant Joe Friday and a partner working on true to life cases for the LAPD. It began with "The story you are about to hear is true. Only the names have been changed to protect the innocent." It was made into a 1981 movie with Tom Hanks and Dan Ackroyd. What was the name of this show?

Dragnet was noted for its attention to authentic detail and the deadpan delivery of Jack Webb who was the creator of the series. He also played Joe Friday. "Just the facts, ma'am". Realism was so important to him that he rode with Los Angeles police detectives on actual calls. The show ran on radio from 1949 to 1957 and on TV from 1951 to 1959.
8. This game show which aired on radio from 1949 to 1961 was simulcast on television during the same period. It featured Groucho Marx, along with announcer George Fenneman. The questions were strictly secondary to Groucho's ad libbing as he interviewed the contestants. What was the name of the show?


Answer: You Bet Your Life

Sponsored chiefly by Chrysler, the format had Groucho conducting off the cuff interviews with two contestants, then came a quiz in which they answered as a team. The questions asked were generally easy, and the money won was meager, even by 1950 standards.

But the show was funny and entertaining enough to attract celebrity guests like a young Phyllis Diller, author Ray Bradbury, General Omar Bradley, comic Ernie Kovacs and a host of others.
9. This comedy featured a rather pretentious small town water comissioner and his niece and nephew, Marjorie and Leroy. It starred Hal Peary and, later, Willard Waterman. The stories usually centered around the title character's romantic escapades, which were more often than not, disasters. What was the name of this very popular show?

Throckmorton P. Gildersleeve was a confirmed bachelor who none the less managed to become romatically involved on a regular basis. This show ran from 1941 to 1954 on radio, but lasted only one season on TV (1955). In the forties, it spawned four movies, which were mildly successful.
10. This show debuted in 1949 and ran until 1957. It concerned a high school English teacher, a bombastic Principal, Osgood Conklin, and the object of her affections, biology teacher Philip Boynton. It's TV version won an Emmy in 1956 and it was often applauded by education as a positive portrayal of the teaching profession. Eve Arden was the star, the show was titled what?

Eve Arden was voted by Radio TV Mirror magazine as the top comedienne in TV for two years in a row. Jeff Chandler, who later became a star in his own right, played Mr. Boynton on radio, Robert Rockwell portrayed him on TV. Richard Crenna had the role of student Walter Denton on both mediums. Connie Brooks was single and boarded with the absent minded Mrs. Davis and her cat, Minerva.

The show spawned a movie in the early '50s.
Source: Author Pick61 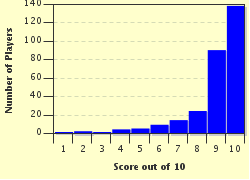