Veronica, Jane, Nona, Ella, Rosanna, Sylvia and Vicki learn about ballet, hard work, life and love in the series of stories that begins with "A Dream of Sadler's Wells".

Quiz Answer Key and Fun Facts
1. To which northern county does Veronica travel in order to make her home with her uncle and aunt at the beginning of "A Dream of Sadler's Wells"?

Lorna Hill herself was born in Durham but spent a large part of her life as a vicar's wife in Matfen in Northumberland. Many of the "Wells" stories have a mixture of London and Northumberland settings.
2. In "Masquerade at the Wells" with whom does Jane swap places?

Though the daughter of famous ballerina Irma Foster, Mariella is simply not interested in becoming a dancer. She prefers the life in the Northumberland countryside with horse-riding one of her favourite activities. Jane is determined to become a dancer and at this stage of her life does not like to ride horses.
3. In "Ella at the Wells" what name does Lorna Hill give to the dirty northern mining village where Ella is brought up by the Sordy family?

It is believed that Blackheath is very closely based on Consett, the famous steel-making town in County Durham from which heavy industry has now totally disappeared. However, there are lots of other former pit towns that counld have inspired the story as indeed they did "Billy Elliott" many years after "Ella at the Wells".
4. Which of the main male characters in the series did Mariella end up marrying?

Robin is a Scottish laird. He is tall and distinguised looking without really being conventionally handsome. Lorna Hill believed strongly in the "crags of character" being more important than the attractiveness of a smooth surface.
5. What is the name of the house in the north where Sebastian and Veronica eventually settle down together when they are not on tour?

This is the house that Veronica comes to as the "poor relation" in "A Dream of Sadler's Wells". After a change in family fortunes Sebastian is able to take it over from his uncle. It has a small lake in the grounds which has its own little island in the middle.
6. What does her cousin Fiona do to the dress that Veronica was wearing when she first arrived at her uncle's house in "A Dream of Sadler's Wells"?


Answer: She threw it in the bath so the colour ran.

Fiona is such a diabolically nasty girl that you are sure that she must come to a bad end. However, Lorna Hill's stories are not as simple as that and Fiona, in spite of a basically loveless marriage, seems to go through life without any particular trouble coming her way. Even her baby is perfectly behaved and no trouble.
7. In which of the suburbs of Newcastle is the famous dancing school of Mary Martin located?

Many of Lorna Hill's heroines learn their early ballet steps at this establishment. It is based on a real place where Lorna's own daughter Vicki began her dancing career.
8. In "Dress Rehearsal" which Lorna Hill heroine is born under one of the bridges on the River Tyne?

Nona is not only an orphan but also has a hare lip and distortions in her legs and body. Lorna Hill shows how Nona wins through to success against all the odds, overcoming both her disabilities and her lack of "background". "Nona" is merely a reversal of the word "Anon" that was entered in the ledger when she was born.
9. In "Backstage" on which Lake District mountain did Jon and Vicki save the lives of two female hikers?

Climbing comes in to a lot of Lorna Hill stories and taking great care on mountains was a theme of many of her books both in the "Wells" series and the earlier "Marjorie" and "Patience" stories.
10. In "Jane Leaves the Wells" how does Jane sustain the injury to her foot that nearly ruins her career?


Answer: She hurts it on a mountainside in Scotland

Jane is rescued from the mountainside by Guy who tells her off for going on a climb without the correct footwear. He can't tell her off as strongly as he wants to because he has fallen in love with her.
11. Lorna Hill was a vicar's wife and her daughter Vicki danced for a while with Sadler's Wells but which two of her "Wells" heroines were the daughters of vicars?

Another connection between these two heroines is that the vicar father died in each case leaving the family in very impoverished circumstances.
12. In which story does Peter rescue the young heroine from an attack by a gang of thugs in a depressed area of Newcastle?

Poor Sylvia is being dragged off to suffer who knows what fate when Peter intervenes and saves her. Later on the gang of thugs break into Sylvia's house and her mother ends up dead amongst the ruins.
13. Which story is partly set under Byker Bridge in run-down derelict area of Newcastle next to the Ouseburn and the River Tyne?

In "The Secret" Lorna Hill makes use of the exchanged babies formula with one child being brought up in luxury on a country estate and the other living in a derelict slum under Byker Bridge. Inevitably the lives of the two young people become intertwined.
14. Which character in "Principal Role" spends part of Christmas Eve in a snow-covered ditch on the way to Blackheath in County Durham?

It is Princess Fazia who has come north in order to spent some time like an ordinary person. She wants to visit the home of Timothy Roebottom whom she had met whilst in exile in the Alps.
15. Which of the following pairings is not a couple who enter into marriage during the course of the "Wells" series?

Nigel nearly succeeds in marrying both Mariella and Sylvia. Fiona is Veronica's dreadful cousin who marries a rich man called Ian. They are linked by the fact that they are both characters whom we are meant to dislike.
Source: Author Philian 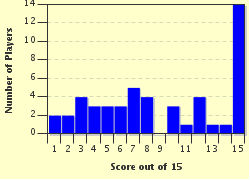 
Other Destinations
Explore Other Quizzes by Philian