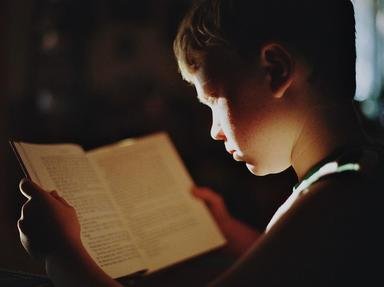 What Creature Am I? Trivia Quiz

I'll tell you something about me and the story I appear in. All you have to do is work out what creature I am from that information.

Quiz Answer Key and Fun Facts
1. I am one of three brothers, and the only one who built a house strong enough to prevent our enemy blowing it down. What creature am I?

My brothers and I appear in the story 'The Three Little Pigs'. One built a house of straw, and the other one built his using twigs, but the Big Bad Wolf blew them both down easily. He couldn't blow my house down, because I built it using bricks and the wolf came to a very unfortunate end.
2. My name is Timmy and, with my four friends Julian, Anne, George and Dick, I am famous. What am I?

We all appear in several books written about our adventures by Enid Blyton. Julian is the oldest and Dick and Anne are his brother and sister. George, who is really Georgina, is their cousin. Although Julian thinks he is in charge, I know that really it's me who sniffs out the villains and frightens them with my barking.
3. I belong to Long John Silver, and he calls me Captain Flint. What am I?

Robert Louis Stevenson wrote about me in a book called 'Treasure Island'. I was named after my owner's previous captain, who had left a map showing where the treasure was hidden. I can talk and say things like 'pieces of eight' which I have heard from the pirates I live with.
4. I am called Ginger, and I appear in a book with my beautiful black friend. What am I?

A lady called Anna Sewell wrote me in her book 'Black Beauty'. He and I lived together for quite a long time, but we were both sold to cruel owners. I ended up pulling cabs in London, and the work was too hard for me.
5. I'm called Peter, and my sisters are Flopsy, Mopsy and Cottontail. What am I?

Beatrix Potter wrote about us all, but I'm not boasting when I say that I am the best known. After all, the book has my name on it, because it is called 'The Tale of Peter Rabbit'. I managed to outwit that nasty Mr. McGregor and eat lots of the vegetables in his garden. He was rather cross, but I escaped before he caught me. Mum was cross, though, because I lost my coat.
6. I appear in the book called 'The Wind in the Willows', and I am accused of being a dangerous driver. What am I?

Out of my way! I'm Mr. Toad of Toad Hall, and I haven't time to stop my car for you. Do you know they actually dared to put me in prison for bad driving? Kenneth Grahame wrote about me in 'The Wind in the Willows' and Mole, Ratty and Mr. Badger are also in the book.
7. I start the book I appear in as a very hungry creature, but after eating lots of food I turn into another one. What am I at the end of the book?

My book is called 'The Very Hungry Caterpillar' and was written by Eric Carle. I start the book as a caterpillar and eat my way through a lot of different foods, getting bigger all the time. I end as a beautiful butterfly. The other creatures listed all go through a change, called metamorphosis, during their lives.
8. I am one of the creatures at the Mad Hatter's tea party in 'Alice's Adventures in Wonderland', but I miss most of it because I keep falling asleep. What am I?

I'm a bit tired, but I'll try to stay awake long enough to tell you about the story. Lewis Carroll wrote about us and Alice's visit to our land. I can vaguely remember the March Hare being at the party, because he kept waking me up, but I didn't meet the others even though they are in the same story. Can I go back to bed now?
9. I appear in one of the books written by Dr. Seuss, and the title includes clothing that rhymes with my name. What am I?

I appear in the book called 'Fox in Socks', with my friend called Knox. Dr. Seuss likes rhyming stories, and he also wrote about the 'The Cat in the Hat', but not a bat. 'Yertle the Turtle' was another story, and he also wrote 'One Fish Two Fish Red Fish Blue Fish', but these don't mention clothing in the title.
10. I appear in Rudyard Kipling's 'The Jungle Book' and I want to kill Mowgli. What am I?

How dare a human child come and live in my domain! Those soft hearted wolves brought him up as one of them and refused to let me have him no matter how often I asked. I even tried tricking them, and fooled the younger wolves into believing me. Oh, you want to know my name? I'm Shere Khan, and I'm the king around this part of the jungle.
Source: Author rossian 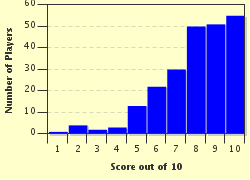