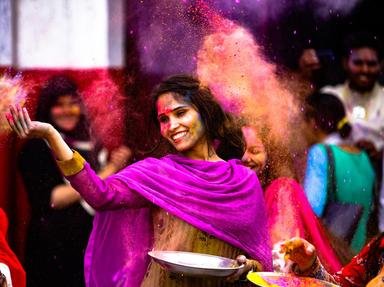 All these places are found in India, some real and some taken from fiction. Can you match them correctly with the descriptions?

Malgudi is a fictional town created by the well known Indian author, R.K. Narayan, who set most of his novels and short stories there. While it is described as being located somewhere in the southern part of India, it is not modelled on any particular town or village. Narayan created various landmarks around this place including the Sarayu river which flowed by it and the nearby Mempi forest.
2. Only home of the Asiatic lion

The Gir Forest National Park and Wildlife Sanctuary was established in 1965 and is found within the state of Gujarat. It is considered to be of prime importance as it is the only home for the Asiatic lion in the wild. Apart from the lion the area is also home to other animals like the golden jackals, striped hyenas, Indian leopards, blackbucks and the wild boar.
3. India's "Pink City"

Jaipur is the capital of the Indian state of Rajasthan and one of the main hubs for tourism. It was founded in 1726 by the then Maharaj Jai Singh II who wanted to shift his capital from Amer to accommodate the increasing population of his kingdom. The city is nicknamed the "Pink City" due to the colour of most of the buildings found within it.

The then Maharaj Sawai Ram Singh had the city buildings painted in pink in 1876 to welcome Prince Albert during his trip to India.
4. Famous battlefield in the Indian epic, "Mahabharata"

Kurukshetra is the site for the one of the biggest battles in the epic of the "Mahabharata". The battle was fought between the Pandavas and Kauravas who both wanted to claim the throne of Hastinapura. The war is said to have lasted for only eighteen days but makes up for a significant portion of the epic.
5. City associated with Mother Teresa

Kolkata, formerly known as Calcutta, is the capital of the Indian state of West Bengal. Mother Teresa was an Albanian born Roman Catholic nun who set up the "Missionaries of Charity" congregation in Kolkata to serve the city's poor and neglected. Her work was with patients of deadly diseases like HIV/AIDS, leprosy and tuberculosis among others and her service to the poorest of the poor brought her much deserved recognition in the form of the 1962 Ramon Magsaysay Peace Prize and 1979 Nobel Peace Prize.

After her death, she was declared a saint by the Roman Catholic church.
6. Geographical center of colonial India

The British designated a point located in the city of Nagpur as the 'zero mile' for colonial India. A Zero Mile Stone was set up at this point which was built of sandstone and consisted of four horses. The British used this marker to measure all distances in the area governed by them.
7. Vasco da Gama made history when he landed here

The Portuguese explorer Vasco da Gama was the first European to chart a sea route to India. This opened the subcontinent to new trading routes and also set the foundation for its eventual colonization by Europe. da Gama landed in Calicut on the 20th of May, 1498. He was later appointed as the Governor of India by the Portuguese and died on the 24th of December, 1524 at Calicut.
8. Important religious center for Zoroastrians

Udvada is a small town found in the state of Gujarat. It is here that the Zoroastrians first arrived when fleeing religious persecution in Iran (then known as Persia). Fire is regarded as sacred by this community and one of the fleeing groups brought along ashes from the holy fire on their journey.

This was then consecrated as the "Atash Bahram" (Fire of Victory) at a fire temple at Udvada. The Atash Behram at Udvada is the oldest continuously burning flame in any fire temple around the world.
9. India's "Silicon Valley"

Bengaluru, formerly known as Bangalore, is the capital of the south Indian state of Karnataka. It is home to various technological companies earning it the nickname of India's "Silicon Valley". Many large Information Technology companies like Hewlett-Packard, Infosys, Wipro and others have their main operations in this city. Apart from these, various start-ups are also based here.
10. Home of the Taj Mahal

The Taj Mahal is an architectural marvel and is called one of the 'Wonders of the World'. The monument was commissioned by the Mughal emperor, Shah Jahan, as a tomb for his beloved wife, Mumtaz. Built out of marble, it is renowned for its workmanship.
Source: Author zorba_scank 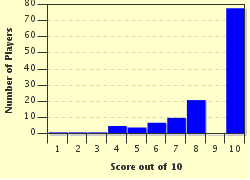