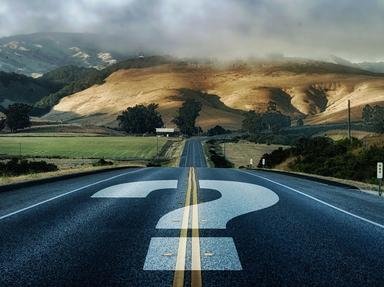 This Could Be Quite Easy Trivia Quiz

This quiz isn't too hard, in fact it could be quite easy, but then again it might not be. Why not give it a try and see what you think.

Share on Facebook
Share on Twitter
Share by E-Mail
Author
kittyconner
Time
6 mins
Type
Multiple Choice
Quiz #
177,434
Updated
Dec 03 21
# Qns
10
Difficulty
Difficult
Avg Score
5 / 10
Plays
750
This quiz has 2 formats: you can play it as a or as shown below.
Scroll down to the bottom for the answer key.

The name is a nickname for Twickenham Rugby Ground. The site, which was a market garden, was bought by Billy Williams in 1907.
2. What do Jane Shore, Nell Gwyn and Lillie Langtry have in common?


Answer: they were royal mistresses

The Act of Union of 1707 involved England and Scotland.
4. Mary Tourtel created which fictional inhabitant of Nutwood?

Mary Tourtel wrote the Rupert the Bear cartoon for the Daily Express newspaper.
5. What is the name of the only private army in Britain?

They have their headquarters at Blair Castle in Perthshire. Today they are about 500 in strength. The regiment was originally raised during the American war of Independence.
6. Sarah Gamp was a character in which Charles Dickens novel?

Sarah Gamp always carried a large faded umbrella hence the nickname for an umbrella became a gamp.
7. In 1905 'The Four Just Men' was the first success of which crime novelist?

When the book was published the final chapter was missing, and readers were invited to solve the mystery to win a prize.
8. On what object would you expect to find the work of Donald McGill?

Donald McGill is probably the best known proponent of the saucy seaside postcard, specializing in captions with double meanings.
9. Peter Piatkow was better known as 'Peter the ___________'?

In 1911 a group of anarchists, believed to have been associates of Piatkow, were surrounded in an east London street.
The battle that followed saw three policemen dead, and the house burnt to the ground. The event has gone down in history as 'The Siege of Sidney Street'.
10. What was extraordinary about the legendary Greek hero Stentor?

It was reputed that his voice was as loud as the voices of fifty men.
Source: Author kittyconner

This quiz was reviewed by FunTrivia editor sunfloweruk23 before going online.
Any errors found in FunTrivia content are routinely corrected through our feedback system.
Most Recent Scores
Today : Guest 174: 3/10
Dec 24 2022 : Guest 37: 2/10 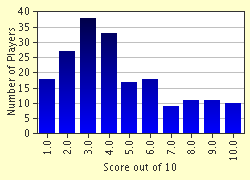