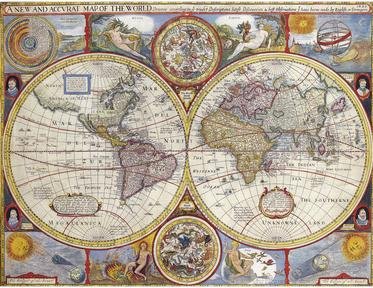 For my first photo quiz, I'm going to list the name of a state by using numbers that correspond to each letter if you were to use a telephone. For example, 8824 = Utah.

Arizona is the 48th state to be admitted to the United States, which occurred on February 14, 1912. The state nickname is The Grand Canyon State. The Grand Canyon was carved by the Colorado River and is considered one of the seven natural wonders of the world (not to be confused with the Seven Wonders of the Ancient World). With a few minor exceptions, the Grand Canyon is open year-round.
2. 2=ABC; 3=DEF; 4=GHI; 5=JKL; 6=MNO; 7=PQRS; 8=TUV, 9=WXYZ The Tar Heel State is the nickname for which state? On a telephone, it is spelled 6678422765462.

North Carolina is known as the Tar Heel State. It is unkown how the phrase tar heel began, but there are some legends. One is the name came about because people would get tar stuck to their heel. Another is that during the Civil War, the troops would stick close together like tar. Originally, it was a derogatory term but later became an acceptable phrase.
3. 2=ABC; 3=DEF; 4=GHI; 5=JKL; 6=MNO; 7=PQRS; 8=TUV, 9=WXYZ The second smallest state by area can be spelled 33529273 using a telephone. What state is this? (Note: The state is highlighted in red; you may need to click on the picture to better see the red.)

Delaware is the second smallest state by area (only Rhode Island is smaller). It was the first state to be admitted to the United States because it was the first of the original thirteen colonies to ratify the United States Constitution, doing so on December 7, 1787. It was also because of this that the state nickname for Delaware became The First State.
4. 2=ABC; 3=DEF; 4=GHI; 5=JKL; 6=MNO; 7=PQRS; 8=TUV, 9=WXYZ Disneyland can be found in which state, which can be spelled 2254367642?

Disneyland was built under Walt Disney's supervision and was completed in 1955. On July 17, 1955, Disneyland opened to the public in Anaheim, California. However, the first day didn't turn out so well. There was trouble with the live recording of the dedication. Famous people were invited to attend came early, there were thousands who had purchased counterfeit tickets, and the temperature was hot. Reception was negative, so Walt Disney invited the attendees back for a second day, so that they can view Disneyland the right way. Throughout Disneyland's history, it changed some rides and added new rides.
5. 2=ABC; 3=DEF; 4=GHI; 5=JKL; 6=MNO; 7=PQRS; 8=TUV, 9=WXYZ Which state can be spelled 62463? It is the most northern state of the contiguous states.

Maine is not only the most northern contiguous state but it is also the only state that has only one syllable in its name. Alaska is the most northern of all fifty states. March 15, 1820 is the date in which Maine became the 23rd state admitted to the United States.

Detroit, Michigan is the largest city in Michigan by area. It is originally the capital of Michigan but it was changed to Lansing in 1848. Michigan was the 26th state to become a part of the United States, occurring on January 26, 1837. Unlike most states, Michigan is divided into two areas (two peninsulas) rather than being a single area. Lake Huron and Lake Michigan separate the two peninsulas of Michigan.
7. 2=ABC; 3=DEF; 4=GHI; 5=JKL; 6=MNO; 7=PQRS; 8=TUV, 9=WXYZ Which state borders Canada and is spelled 6668262?

Unlike most other states, Montana has no official state nickname. However, there are some unofficial ones such as The Treasure State and Big Sky Country. On November 8, 1889, Montana became the 41st state to be a part of the United States. The name Montana comes from the Spanish word montańa meaning mountain.
8. 2=ABC; 3=DEF; 4=GHI; 5=JKL; 6=MNO; 7=PQRS; 8=TUV; 9=WXYZ Which state was former President James Buchanan born in? It is one of the original thirteen colonies and on a telephone, it is spelled 736679582642.

James Buchanan, noteworthy because he's an unmarried president, was born in Cove Gap, Pennsylvania in 1791. James Buchanan's niece, Harriet Lane, fulfilled the role of First Lady, normally given to the president's wife.
Pennsylvania was one of the original thirteen colonies and was also where the Declaration of Independence was signed. On December 17, 1787, Pennsylvania ratified the United States Constitution and became the second state admitted to the Union.
9. 2=ABC; 3=DEF; 4=GHI; 5=JKL; 6=MNO; 7=PQRS; 8=TUV; 9=WXYZ One of the four corners states can be spelled 26567236. Which state is this?

The four corner states are so-named, because there is a point in which all four states are joined. Standing on this spot means a person is standing in all four states. The four states are Utah (northwestern state), Colorado (northeastern state) Arizona (southwestern state), and New Mexico (southeastern state).
Colorado itself is the 38th state of the United States. Its nickname is the Centennial State, because it became a state in 1876, exactly one hundred years after the United States became its own country.
10. 2=ABC; 3=DEF; 4=GHI; 5=JKL; 6=MNO; 7=PQRS; 8=TUV; 9=WXYZ Mount St. Helens can be found in which state? 9274464866 is how it is spelled on a telephone. 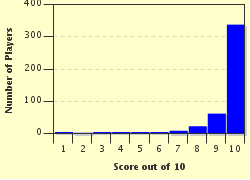