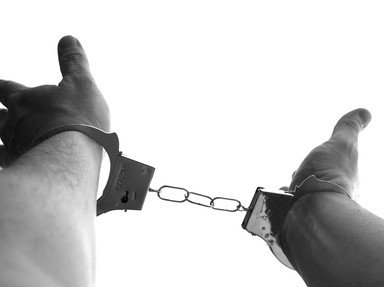 There have been many kidnappings throughout history involving celebrities of all types. Often, it was not until friends or family went looking for them did they find that the victims were already gone.

Quiz Answer Key and Fun Facts
1. Which of the following World Heavyweight Championship boxers was found guilty in 1992 of kidnapping his wife and five children?

Despite winning a silver medal at the 1988 Olympics, being an undisputed heavy weight champion, and boasting a record of 45-1-1, Riddick Bowe may always be remembered for his violent behavior out of the ring. In 1992, he was accused of battery on his sister, which was followed three months later by assault and battery on his wife.

He was convicted of kidnapping his wife and children using pepper spray, a knife, duct tape, handcuffs and his great physical strength. His defense attorney plead brain damage and he only served 17 months in federal prison.
2. Which of the following women, a member of the 1960s pop group The Supremes, was kidnapped by an obsessed fan in December of 1969?

On December 2, 1969 Cindy Birdsong of the super-group The Supremes was kidnapped at knifepoint by the maintenance man at her apartment building. She survived unharmed by jumping out of the kidnapper's car while he was driving down a San Diego freeway. Four days later the suspect, Charles Collier, turned himself into the Las Vegas police. Birdsong received multiple lacerations from leaping from a moving vehicle and Collier was sent to prison.
3. The 44 year old grandson of which of these famous brewers was kidnapped and killed near Morrison, Colorado, in 1960?

Adolph Coors III was kidnapped for ransom by escaped ex-con Joseph Corbett. Coors' vehicle was found abandoned and burning in a gasoline-fueled fire a few days after the kidnapping. By that time he was already dead. Corbett was captured in Vancouver, Canada after an extensive search.

The best forensics of the time were used to convict him, including dirt analysis from the burnt car, mail orders for handcuffs, a gun and leg irons. The ransom letter was matched to his typewriter and he was put on Americas 10 Most Wanted List, plastering his face all over the nation.

He was convicted in 1961, and as hard as it might be to understand, he was released in 1978. This had been his second homicide conviction, as well as a kidnapping conviction. Corbett died in 2009 of a self-inflicted gunshot wound to the head at the age of 80.
4. Patty Hearst, a granddaughter of publishing magnate William Randolph Hearst, was kidnapped by which revolutionary group in 1974?

In 1974 the Symbionese Liberation Army, aka the SLA, kidnapped Patty Hearst and demanded that jailed SLA members be released in trade for the kidnapped heiress. When this demand was refused, they demanded the Hearst family provide $70 worth of food to every poor person in California.

The family donated over six million dollars in food to the poor and the SLA still refused to release their victim. The world was shocked when Patty Hearst announced on tape that she had joined her kidnappers and supported their cause.

Her name is often used when the topic of Stockholm Syndrome comes up. After many members of the group, including Hearst, were arrested for a bank robbery, she was sentenced to 35 years in prison. Her term was commuted, and she was released after serving less than two years in prison. Whether she was a willing participant or a innocent victim of brainwashing is still heavily debated in psychological circles.
5. In Australia, the 1960 kidnapping of Graeme Thorne from the Sydney suburb of Bondi was blamed on which of the following things?


Answer: His parents names were printed in the newspaper after they won a lottery.

The beautiful Sydney Opera House was an expensive undertaking and a lottery was formed to help raise money. When Bazil Thorne won the prize, his name was printed on the front page of the Sydney newspapers. Thorne's eight year old son Graeme was kidnapped and held for ransom by a Hungarian immigrant named Stephen Bradley. Two phone calls were made by the kidnapper demanding a large ransom with threats that the child would be killed if they refused.

There is a good chance the child was already dead. Excellent police work led to the arrest of the suspect, who fled to Ceylon (now Sri Lanka). Bradley was given a life sentence and died in prison in 1968.

This crime spurred a change in lottery procedures in the country, with winners having the option of remaining anonymous.
6. When the grandson of oil tycoon John Paul Getty Sr. was kidnapped in 1973, what was his first response?


Answer: He refused to pay the ransom.

Getty Sr. originally refused to pay the ransom believing that his other 14 grandchildren might become victims of kidnappers and also thought that it was possible that his rebellious 16 year-old grandson might have faked his own kidnapping. It was not until a lock of hair and an ear were delivered to a local newspaper that Getty Sr. agreed to negotiate. Well known for his miserly behavior, Getty would only agree to pay $2.2 million, as this was the maximum amount that would be tax deductible.

He also insisted his son Getty Jr. pay him the money back at 4% interest. Getty III, who was being held in a cave while being chained to a stake in the Calabrian Mountains, was released shortly after the ransom was paid.

He was so mentally scarred by the incident he became a severe drug addict and became paralyzed, unable to speak, and lost his vision after an overdose at the age of 24. Nine people were arrested for this crime but only two were convicted. Most of the ransom was never recovered.
7. The infamous 1969 McKay kidnapping, one of Britain's most notorious crimes, was even more tragic, in that the criminals kidnapped the wrong person.

In 1969, two criminals decided to kidnap the wife of media mogul Rupert Murdoch and hold her for ransom. The bumbling criminals made the mistake of kidnapping family friend Muriel McKay thinking she was Anna Murdoch. They still demanded a ransom from her husband Alick McKay who was a deputy chairman of Murdoch's company.

The ransom was paid, but Muriel McKay was never released. Although her body was never found two brothers, Arthur and Nizamodeen Hosein were captured tried and convicted of the crime. Both received life sentences but what exactly happened to Muriel McKay's body remains a mystery.
8. The 19 year old son of which member of the group of entertainers known as "The Rat Pack" was kidnapped in 1963?

Franklin Wayne Sinatra was the son of legendary singer/actor Frank Sinatra. At the age of 19 while attempting to embark on his own career in entertainment he was kidnapped and held for ransom. His father paid the ransom and Frank Jr. was released. All three suspects were later caught and sentenced to long prison terms.

These sentences were later reduced. The negotiations for release were carried on via payphone, which at that time, used dimes to make a call. During one of the calls, the elder Sinatra ran out of money and the call was disconnected.

After this debacle, the elder Sinatra carried a roll of dimes with him for the rest of his life. While this story made the news, it was overshadowed by the assassination of John F. Kennedy which occurred a few days prior.
9. On February 13, 1935 Bruno Richard Hauptmann was found guilty and sentenced to death for the kidnapping and murder of the child of which world-famous celebrity?

On April 3, 1936 Bruno Hauptmann was put to death for the kidnapping and murder of Charles Augustus Lindbergh Jr., the 20 month-old son of the like-named aviator. It is believed that Hauptmann climbed through a window to kidnap the baby, and left behind a ransom note demanding $50,000.

A combination of shoddy police work, circus media, lack of communication between agencies involved, plus peripheral mob involvement, may have led to the tragic demise of the victim. Hauptmann always maintained that he was innocent and exactly what happened will never be known.

There is evidence that someone else, whom the Lindbergh's trusted, may have been involved. The whole truth will probably never be known, but this case did bring about many changes to kidnapping laws of the time.
10. When a kidnapper takes someone, that person is not the only victim, as his or her loved ones are also victims. The family of Steven Stayner, who was kidnapped by a stranger at the age of seven, were so traumatized that which one of the following things actually happened in the years to follow?


Answer: His parents neglected his remaining brother who then became a serial killer.

Steven Stayner was kidnapped at the age of seven and recovered alive at the age of 14. His brother, who felt neglected by his greiving parents, went on to become a serial killer. As convoluted at this story sounds, it is true. Steven was kidnapped by pedophile Kenneth Parnell, who was convinced that he was his father and even enrolled him in school.

When Steven got older, Parnell kidnapped another much younger boy, which prompted Stayner to escape with the younger boy. His parents, who had spent years in mental anguish, not knowing what had happened to their six year old son, grieved intensely. Stevens brother Cary, who claimed he had been neglected their parents, became the Yosemite Park Killer and was convicted of four murders. Sadly for this family, Steven was killed in a motorcycle accident at the age of 24, while Cary was sentenced to death.
Source: Author dcpddc478 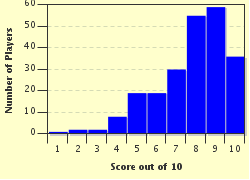 Related Quizzes
This quiz is part of series I'm a Bad Boy:

Quizzes on all sorts of bad boys and bad girls.