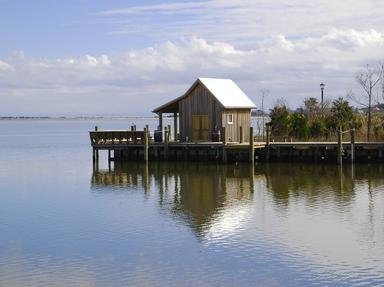 The story of Roanoke colony is one of the most mysterious in American History.

Quiz Answer Key and Fun Facts
1. What happened at Roanoke that is still a mystery?


Answer: All the colonists disappeared.

When supplies arrived from England there was no one there.
2. Who established Roanoke Colony?

Sir Walter Raleigh was given approval to found a colony there by Queen Elizabeth.
3. When was Roanoke Colony founded?

1585 was the year the original colony was started, the second Roanoke began in 1587.
4. Who was the Governor of Roanoke Colony?

White was appointed by Raleigh.
5. The first English child born in America was born in Roanoke. What was her name?

Virginia Dare was born to Eleanor Dare.
6. The Roanoke Colony was in what present day state?

It was on Roanoke Island, about 80 miles north of Cape Hatteras.
7. How many people disappeared from the colony?


Answer: They were at war with Spain.

Most of the English navy was being used in the war with Spain, and there were no ships to go across the Atlantic.
9. When aid was finally sent to Roanoke, what did the people on the ship see that gave them hope?

The fire was coming from a tribe of Croatoan Indians.
10. What word was found carved on a fence post in the old colony?

Croatoan was the only word that was found. The symbols that the colonists were supposed to draw if they had to abandon the colony were nowhere to be found.
Source: Author corinthos9 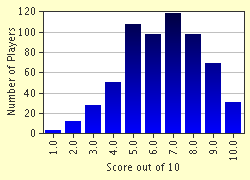 
Other Destinations
Explore Other Quizzes by corinthos9