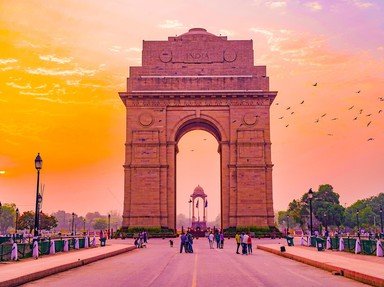 On the night of June 20, 1756, Europeans in India suffered an unspeakable horror. Can you answer these questions about the Black Hole?

Quiz Answer Key and Fun Facts
1. In which city in India did the famous Black Hole incident occur on June 20, 1756?

The eighteenth century was a time when many European countries were racing to collect colonies and trading posts in Asia. Nations were competing for the prestige of holding foreign bases, as well as the acquisition of trade goods, a labor force, and soldiers and sailors for the military. Control of trading posts in India was seen as especially valuable, as there was commerce in tea, cotton, spices, raw materials, and a opportunity to farm commercial crops. Europeans believed that what was located in the colonized area was theirs for the taking.

This attitude may have created some precarious situations for soldiers and others who were sent to keep control and order.
2. The soldiers of which European country were reportedly killed in the Black Hole on June 20, 1756?

The English had formed a company in 1600, the East India Company, later to called the British East India Company, to control trade in "the Indies". Elizabeth I had granted the company, which was a joint stock company, a Royal Charter; at first the company's focus was on trade in China and India, but later focus shifted to building an empire, especially in India. By 1756 the company was in control of an area that became known as Bengal Presidency, which is where the Black Hole incident took place.
3. What title did the Indian leader, Siraj ud-Daulah, who was involved in the Black Hole incident hold?

The Sultans of Bengal ruled the area until 1282; after that there were a number of independent rulers. By 1526 it became part of the Mughal Empire, and the subsequent rulers divided India into provinces that were each administered by a dewan, who was in charge of collecting taxes.

A later title of honor, compared to receiving a title of British peerage, a "nawab", was given to those in charge of ruling the provinces of the empire. The nawab was responsible for the administration of the provincial government in the name of the Mughal Emperor as a governor of the territory.

Some of the larger provinces had a higher official, the "nizim", who had several nawabs under him. It makes sense that European colonial aspirations would be met with disapproval by the local nawabs and nizims. Siraj ud-Daulah was the last independent Nawab of Bengal; after the Black Hole incident, the British East India Company took over control of the region.
4. What was the name of the fort where the famous Black Hole incident took place on June 20, 1756?

Fort William had been established to protect the East India Company's trade - not from the native Indians, but from other Europeans who might try to gain a foothold in the area. Named after William III, the fort was built twice; first in 1700, and a new one was completed in 1781 after the first fort was taken by the nawab after the Black Hole incident.

The Old Fort was eventually repaired and used as a customs house; the room where the Black Hole incident occurred, however, ceased to exist. Today the New Fort William covers an area of 70.9 hectares, is the headquarters of the Eastern Command of the Indian Army, and capable of housing 10,000 people.
5. Why did the Indian leader, Siraj ud-Daulah, attack the Europeans the day of the famous Black Hole incident in 1756?


Answer: He felt a threat to his power and also to the independence of Bengal.

Siraj ud-Daulah was new to his leadership position, which had been inherited from his grandfather, in addition to being very young - some sources claim he was not yet twenty while others say he was in his twenties. When his order to cease construction on the fort went unnoticed, he brought a massive army to the area, which numbered 50,000 men with 500 elephants and fifty cannon.

His army quickly overpowered the area, and many of the foreign people fled to ships in the harbor for safety. Those who were left behind to defend the fort found that the gunpowder stored there was damp, and the grapeshot had been eaten by worms. Faced by what appeared to be a hopeless situation, the group surrendered, believing that to be their safest option.
6. As the foreigners fled from the onrush of Siraj ud-Daulah's great army, who was left behind and given the command of the fort? The letter he wrote after the Black Hole incident was used by many as an authoritative source of the horrific details.

Roger Drake, who was an administrator of the East India Company and the European Governor of Bengal, left his post to John Zephaniah Holwell when the fort was attacked by the army of Siraj ud-Daulah. Holwell was originally a surgeon for the East India Company who had been sent to India in 1732; in 1751 he was appointed "zemindar", or tax collector there. Without any military experience or way to defend the people left behind, Holwell surrendered. To the absolute horror of the group (Holwell wrote that there were 146 prisoners including two women and himself), they were locked in an area of the fort, originally used to house minor villains, that was 18ft by 14ft 10in and had two small windows.

The temperature that night was said to be approximately 40°C.
7. There is evidence that Siraj ud-Daulah ordered the deaths of the Europeans in the Black Hole incident of June 20, 1756.

Siraj ud-Daulah was angry for a number of reasons. Not only was his request to cease the building of the fort ignored, he also felt that the foreigners had abused their trading privileges in the area. In addition they had given safe haven to some of his officials who had been accused of wrongdoing. That didn't mean that he ordered the atrocity of the Black Hole.

There was never any evidence that Siraj ud-Daulah had planned to harm the people taken captive. It is believed that they were placed in the jail temporarily until a decision was made regarding their fate, but were left there overnight by mistake. Upon hearing of the situation the next morning, Siraj ud-Daulah ordered that the door be opened; it was written that he was very indifferent to the situation, and "gave no other sign of sympathy than ordering the Englishman a chair and a glass of water".

Modern historians believe that his fault was negligence, nothing more. He had not given an order to put the captured people in the jail, nor did he give the order to subject them to such horrible conditions.
8. There is evidence to back up the claim that 123 people died of suffocation in one night in the Black Hole incident on June 20, 1756.

At the time the incident was reported it sparked much rage and nationalism in the Mother Country. No one thought to question the validity of the account; retaliation was on the minds of the politicians and people alike. Many people on both sides came forward with their opinions about the account; today, it is believed to have been an exaggeration.

By the early 1900s British historians were pointing out conflicts in the original report, and in the 1950s, after studying the evidence, Professor Brijen Gupta estimated that the number of prisoners was more likely sixty-four, of whom twenty-one came out alive.
9. Who was the military leader sent to avenge the deaths of those who died in the Black Hole?

Retaliation for the deaths in the Black Hole was swift. In 1757 Robert Clive was sent to India; using Indian allies and his own troops he easily defeated the forces of Siraj ud-Daulah in the Battle of Plassey, after which he was able to free the survivors of the Black Hole who were still imprisoned. Siraj ud-Daulah was overthrown and killed by his own people by their agreement with the East India Company. Of course, the association of Siraj ud-Daulah with the Black Hole has led people to question his ability to rule and his overall personality. Robert Clive, working for the East India Company, went on to become a millionaire as he fought to include much of India into the company's sphere of influence.
10. The incident with the Black Hole was really a preliminary action of which of the following major European Wars?

The situation leading to the Black Hole incident was exacerbated by the British fortifying their position in India to withstand a possible French encounter there, and continuing to work on Fort William after being asked by the local ruler to stop. After the Black Hole incident, the Nawab of Bengal, feeling more threatened by the British, contacted the French for assistance, while the British began to make deals for help from the Nawab's former officers.

The Battle of Plassey, fought June 23, 1757 in India, is considered to be one of the battles of the Seven Years' War, also known as the French and Indian War, which was fought between the allies of Britain and France.
Source: Author ponycargirl 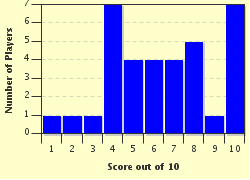 Related Quizzes
This quiz is part of series Asia in the 18th Century:

Some of these quizzes were written for Week 3 of History Month 2017.