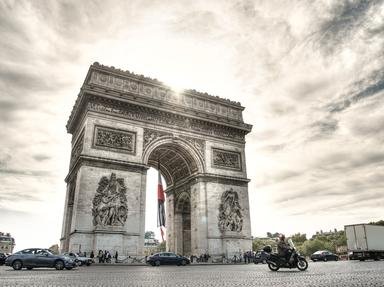 The Palace of Versailles Trivia Quiz

Find out the details of the most opulent and magnificent palace ever constructed.

Quiz Answer Key and Fun Facts
1. The palace of Versailles is where in relationship to Paris?

The palace was a day's coach ride from the {capital;} Louis XIV moved from Paris for safety reasons. While living in the Louvre as a young boy, an uprising frightened him as an attempt was made to storm the palace.
2. The palace and gardens are set on 19,262 acres, and the total site is larger than?


Answer: the island of Manhattan

The entire Versailles site is larger than modern day Paris and the island of Manhattan
3. Construction of the palace, based on existing records, cost 116,438,892 livres. This is how much in current day U.S. dollars?

This massive cost does not include the cost of human lives, which was great. A substantial portion of the total cost was for renovations; each monarch changed the interior layout to suit his whim.
4. The entire complex was completed with the ultimate in opulence and luxury. Some first time visitors thought they had arrived at the palace, when in fact they had entered?

The stables for the 2,000 horses the King kept on site contained fireplaces and appeared to be a portion of the main palace.
5. The Hall of Mirrors contains 17 large chandeliers and 26 smaller ones each made of solid silver. How many candles did the chandeliers hold?

6. One location in the palace took 28 years to complete (from 1682 to 1710) because Louis XIV demanded absolute perfection in design, construction and materials. What was this section?

Towering above the roofline of the palace, the Chapel is by far the most notable aspect of the palace architechturally. Louis viewed the Chapel as a statement of his devotion to the Catholic church, and a statement of the Church's supremacy in France. Thus, perfection was required.
7. To escape the rigid court etiquette and formal ceremonies of Versailles, Marie Antoinette built a series of buildings where she could pretend to be a shepherdess or a milkmaid. What was the name given to this area?

This series of farm buildings were constructed with complete realism, down to cracks in the walls to simulate age. Cows were washed and groomed prior to the Queen's arrrival, and lambs were taken for walks with silk ribbons as leashes.
8. The Queen's bedchamber was one of the largest rooms in the private apartments because protocol required her to perform what function?


Answer: give birth in public

All of these functions were performed in the queen's bedchamber, but the one requiring the most room was when the queen gave birth in public. During the birth of Louis XVI and Marie Antoinette's first child, the doctor panicked when 200 courtiers pushed into the room.
9. Who was the main architect who completed construction of the palace of Versailles?

The palace, and particularly the royal stables, are considered to be Mansart's masterpiece.

Louis leVau started the palace.
10. What was the most important modern day event that took place at Versailles?


Answer: the signing of the treaty to end WWI

The Treaty of Versailles, ending World War I, was signed in the Hall of Mirrors.
Source: Author vendome 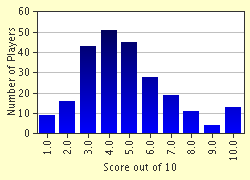 
Other Destinations
Explore Other Quizzes by vendome