Worldwide Women Who Did It First Quiz

Match the accomplishment to the woman who did it first. Includes women from all over the world and all throughout history, in fields from athletics to scholarship. Some of these may surprise you.

Born in Manhattan in 1905, Gertrude Ederle was the daughter of German immigrants. Ederle trained at the Women's Swimming Association, where the American crawl (a refinement of the Australian crawl) had been developed by Louis Handley. At the 1924 Olympics in Paris, where she swam with Johnny Weismuller, Ederle won a gold medal in the 4×100m freestyle relay. In 1925, she swam from Battery Park to Sandy Hook in New Jersey in 7 hrs., 11 mins., a record which stood for 81 years. Then over the pond she went to train with Bill Burgess who had swum the English Channel in 1911. In August 1926, not only did she swim the Channel herself, but also she beat the time of the five men before her by two hours! (That was 14 hrs., 34 mins. in the water!)

Gertrude Ederle had survived measles as a chid, but her hearing was affected, and by the 1940s she was almost stone deaf. In her later career, Ederle taught swimming to deaf children, and she passed away in 2003.
2. First female pilot to fly solo across the English Channel, in 1912.

Harriet Quimby (1875-1912) was born in Michigan. In 1911, she became the first certified female pilot in New York State and in America; her sister Matilde became the second shortly thereafter. The year Quimby died, she became the first woman to fly solo across the English Channel, from Dover, England to a beach on Pas-de-Calais. Quimby was not only an aviatrix but also a screenwriter; seven of her screenplays were made into films directed by none other than D.W. Griffith. During the 3rd Annual Boston Aviation Meet, Quimby's plane pitched forward and she and her passenger were fatally ejected. One hundred years later, Quimby was inducted into the Long Island Air and Space Hall of Fame in 2012.
3. "Queen of the Air": first female pilot to fly solo over the Atlantic.

Born in Atchison, Kansas in 1897, Amelia Earhart fell in love with flying when air racer Frank Hawkes gave her a ride at Long Beach, California. "By the time I had got two or three hundred feet [60-90m] off the ground," she said, "I knew I had to fly." Earhart became an official of the National Aeronautic Association.

After Charles Lindbergh's solo Atlantic flight, a committee of book publisher George P. Putnam and others sought a woman to do the same, and having found Earhart, they promoted her as a "Lady Lindy". Earhart's transatlantic flight of 1932 earned her the U.S. Distinguished Flying Cross.

Whilst attempting the circumnavigate the globe in 1937, Earhart's plane disappeared over the central Pacific, near Howland Island, never to be found.
4. "The World's Most Widely Travelled Girl": first woman to DRIVE (not fly or sail) around the world.

Well, of course explorer, lecturer, and filmmaker Aloha Wanderwell didn't drive across the oceans, but she was the first woman to circle the globe in an automobile, starting at age 16, in a Ford Model-T!

Born Idris Galcia Hall in 1906 in Winnipeg, Manitoba, Wanderwell began her career in 1922 when she met her traveling companion, Walter Wanderwell, whom she married in 1925. She recorded their adventures on film, which include the first footage of the Bororo people of Brazil (where she and her companion were stranded when their plane ran out of fuel). They often used elephant fat for engine oil and kerosene for gasoline (petrol). In India, oxen would tow their Model-T across the rivers. In China, where they could get no fuel at all, laborers pulled their car for eight miles! Overall, Wanderwell journeyed 380,000 miles to 80 countries in the 1920s with her husband. She also became a member of the French Foreign Legion. After the murder of her husband in 1926, Wanderwell remarried and became a lecturer and made documentaries with her second husband in Indochina and other exotic locales. Aloha Wanderwell passed away in 1996.
5. First woman and first Austrian to win the Nobel Peace Prize. (It wasn't Jane Addams).

Bertha Felicitas Sophie Freifrau von Suttner was born Countess Kinsky in 1843 in Prague, Bohemia, then part of the Austrian Empire. In 1889, von Suttner wrote one of the most influential books of the 19th century, the anti-war novel 'Die Waffen nieder!' ("Lay Down Your Arms!"). She promoted peace as a natural state and war as an aberrance. A leading figure in the peace movement, she founded the German Peace Society in 1892, and she took part in the First Hague Conventions in 1899, in which the the international laws of war were initially formulated. In fact, the Baroness was a friend of Alfred Nobel, and more than likely influenced the magnate to establish a Peace Prize in his will. Not only the first woman, she was also the first Austrian to win the Peace Prize, in 1905. Baroness von Suttner died in 1914 in Vienna.

Jane Addams was the first American woman to win the Nobel Peace Prize, in 1931.
6. The world's first female historian, a Byzantine.

Anna Comnena (1083-1153), was a Byzantine historian of the First Crusade and the major source of information about her father, Emperor Alexius I (r. 1081-1118). Comnena, also spelled Komnene, married an historian in 1097. She tried to seize the imperial throne for her husband, but failed.

At 55 and widowed, she entered a convent, and there wrote her histories. She produced accounts of contact between Western crusaders and Byzantines most unfavorable to the Westerners, particularly Normans and Franks, described as ignorant barbarians who rather than protect Constantinople from Muslims, looted and raided the city. Anna was also a physician and hospital administrator. Anna Comnena lived at a time when women were largely confined to the gyneceum and wore veils in public, which makes her accomplishments all the more remarkable.
7. "The fourth of the Graces and the tenth Muse": first woman to receive a doctorate degree, in the 17th century.

Then she applied herself to physics, metaphysics, canon law, and civil law. She became the first woman to receive a university degree, a Doctor of Laws in 1608.

Then Morell joined the convent of Sainte-Praxčde at Avignon and became a Dominican nun, and eventually prioress. She continued her scholarly work, including a translation of the Rule of St. Augustine and a history of her convent.

In her final years, sadly, Marelli suffered chronic pain, and her death throes in 1653 lasted five days.
8. Wrote the world's first novel, "The Tale of the Genji" (or 'Genji-monogatari'), in the 11th century.

Lady Murasaki (A.D. 973?-1025?) is the best-known author to emerge from the glorious Heian Period of Japan, a golden age of peace and harmony. A member of the Fujiwara family and the daughter of a provincial governor, young Shikibu proved more gifted than her brother, prompting her father to bemoan, "If only you were a boy, how happy I should be!" Still, he taught her Chinese, the written language of government, at time when women were denied such access. "The Tale of the Genji", about the adventures of a Prince Genji, was inspired by her experience as a lady-in-waiting to the Empress Akiko.

She also wrote a volume of poetry, 'The Diary of Lady Murasaki'. A widow with one child, she eventually retired from court and lived out her days in a convent.
9. "Enchantress of Numbers": Wrote the world's first published computer program.

Born Augusta Ada Byron in 1815, Lovelace was the only legitimate child of notorious poet Lord Byron. In 1835 she married William, 8th Baron King; in 1838 he became the 1st Earl of Lovelace, and she the Countess of Lovelace.

Lovelace's program, to compute Bernoulli numbers, was published in "Taylor's Scientific Memoirs". More precisely, it was an algorithm, tailored to run on the Analytical Engine designed by Charles Babbage, regarded as the world's first computer, at least in theory. (Alas, the machine was never built and the Countess's code never tested.) Intrigued by her exceptional mind, Babbage called Lovelace "the Enchantress of Numbers". She died at age 36, the same age as her father, from uterine cancer in 1852.
10. Published the first English translation of the Christian Bible undertaken solely by a woman, and the world's first in contemporary English.

Julia Evelina Smith was born in 1792 to a former Congregationalist preacher in Connecticut. Julia grew up to be an abolitionist and suffragist, and she and her sisters famously refused to pay taxes on their property, the historic Kimberly House, on the grounds of "no taxation without representation" (viz. no vote).

Between 1847 and 1855, Smith, an autodidact, embarked on a strictly literal interpretation of Greek and Hebrew Scripture into English, as a private exercise. In her eighties, Smith decided to publish the work in 1876, with the disclaimer, "It may seem presumptuous for an ordinary woman with no particular advantages of education to translate and publish alone." She did so to show what a woman could accomplish and to help her sisters' suit against Connecticut for seizing their farm (over the unpaid taxes).

At the American Publishing Co. (who had published Mark Twain), Julia's book was typeset by a woman, the press run by a woman, and the copy proofread by a woman, and many of the book's salespeople were women. The Alderney Edition, as originally called, was rejected (ignored really) by the scholarly establishment of the day. Until the English Revised Version was published in Britain in 1885, however, the Julia Smith Translation was the *only* Bible in contemporary English!

Epilogue: The whole business galvanized fellow feminist Elizabeth Cady Stanton to publish the controversial, indeed subversive "Woman's Bible" (1895-98), which was less a translation than a polemic. Rather than quickly fade into obscurity as her sister suffragist's work did, however, this publication became a best-seller at the turn of century!
Source: Author gracious1 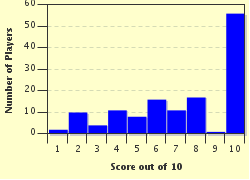