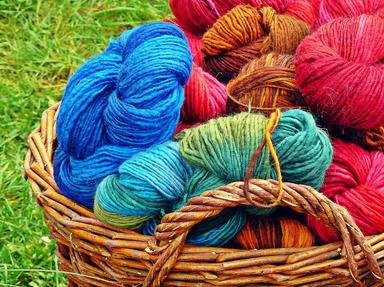 Cooking Up a Culinary Quiz

Creating a quiz about food is not significantly different from crafting a quiz about anything else but there are a few special pitfalls awaiting the unwary author. This quiz highlights a few of them.

Quiz Answer Key and Fun Facts
1. What is the nation or culture of origin of the Mediterranean or Middle Eastern dish commonly called "baklava"?


Answer: nobody knows for sure

In many Middle Eastern and Mediterranean cultures, a lovely dish is made by interleaving ultra-thin phyllo pastry with chopped nuts coated in either honey or sugar syrup. The two loudest claimants of ownership of this dish are Greece and Turkey. The Armenians, who call it "paklava," claim its origin, as well. There is good evidence that this dish was made in Ancient Persia, at least as early as the 9th century.

A similar situation exists concerning pesto and pistou. Both are uncooked green sauces. Pesto is from Italy and pistou is from the Provençal region of France. Both are made by mixing (pounding) basil, olive oil and garlic. Both may include grated hard cheese. Only pesto includes ground pine nuts.

When approaching the issue of the country or culture of origin of a food, the quiz author should proceed with great caution. Because heated and emphatic dissent may be prompted by taking a side on these questions, it is perhaps better to avoid the issue altogether.
2. Chapter 3 of "The Murder of Roger Ackroyd" by Agatha Christie is entitled "The Man Who Grew Vegetable Marrows." What is a vegetable marrow?

In the murder mystery, M. Poirot is found in his garden cultivating vegetable marrows. This is another word (a particularly British English word) for a mature zucchini squash. In British English, a small zucchini is called a courgette; once fully grown, it becomes a marrow. In North America, the squash remains a zucchini all of its life. A marrow is treated culinarily as a vegetable and botanically as a fruit because they are a swollen ovary containing seeds. Marrow, to most North Americans, sounds like the rich fatty stuff inside a large bone.

When naming ingredients in a culinary quiz, the author must be careful of the multiplicity of names which that ingredient may have. Examples are eggplants and aubergines, peanuts and groundnuts, swede and rutabaga, Chinook Salmon and King Salmon, whisky and whiskey, and so on.
3. Which would be the better thing to say about bleu cheese, Gorgonzola, Roquefort, Stilton, Maytag Blue cheese, Cambozola, Cabrales, Danablu, and other such cheeses?

Cheeses flavoured by Penicillium roqueforti and its relatives tend to be strongly-flavoured and dichotomising: tasters like them or they don't. Roquefort-style cheeses were invented/discovered many centuries ago; conflicting claims concerning who first made and ate such cheeses are irresolvable. The player taking a culinary quiz has no interest in the quiz author's food preferences and these preferences ought not determine the correctness of any answer.
4. How many common names are there for a milkshake?

A milkshake is a sweet drink which combines milk, ice cream, and flavourants such as chocolate syrup, fruit syrup or puree, dessert sauces such as caramel or butterscotch, peanut butter, root beer extract, and many others. The milkshake probably originated in the United States in the late 19th century. Names for the drink vary. To distinguish it from thin flavoured milk, it is sometimes called a thick shake. In New England and Eastern Canada, it may be called a frappe. People in Rhode Island, Massachusetts and New Hampshire may call them cabinets. If malt powder is added, the result may be called a malt. If a raw egg is added, it may be called an eggshake. The name "concrete" refers to its thickness and the term "velvet" refers to its smoothness.

The author of a culinary quiz must be careful not to use a single word as if it were the only word for a dish, when there may be many.
5. Are sweat and sauté synonyms? Does sweating and sautéing describe the same process?

Sweating and sautéing both describe cooking small uniform pieces of food stovetop in a flat pan. Sweating takes place at low heat; sautéing occurs at medium-high to high heat. Sweating does not change the colour of the food; sautéing browns food. Sweating releases flavours in the food being cooked; sautéing changes the flavour of the food. A sauté is done quickly; a sweat is rather leisurely. Sweated food is ready to have other ingredients added for further cooking together. Sautéed food is prepared and ready to serve. There is an argument about the use of fat/oil; there is an argument about the use of a lid to cover the pan.

When using terms to describe culinary processes, the quiz author needs to be careful to use precisely the correct term to describe exactly the process involved.
6. What is the difference, if any, between cilantro and culantro?

Culinary quiz authors must be alert to foods that sound alike but are quite different, of which cilantro and culantro are an example. Another is macarons (cookies made of ground almonds) and macaroons (cookies made of sweetened flaked coconut). Yet another is taffy (soft, chewy, boiled-sugar candy which sticks to your teeth) and toffee (hard, breakable, boiled-sugar candy with a darker taste).
7. The British use of the term "pudding" and the American use of "pudding" are synonyms.

The term "pudding" is an outstanding example of an Anglo-American linguistic boobytrap. In the US, a sweet course served as the last of a meal is called "dessert." In the UK, this course is called "pudding", regardless of what dish it may be. In the US, "pudding" is a soft thickened sweet creamy food made of milk, cream, sugar, a thickener (flour, cornstarch, tapioca) and/or eggs, served hot or cold ('tho typically cold). In the UK, what Americans call "pudding" is more often called a "custard."To make this even more confusing, the British also describe specific dishes as puddings and not all of these are served for dessert. Any dish, savoury or sweet, which is cooked by being boiled or steamed in something can be called a "pudding." This includes Yorkshire pudding and black pudding (blood sausage).

The quiz author must be alert to these sorts of multiple uses for a single term which can be easily confused, especially across the Atlantic Ocean.
8. Which of the following is a spider?

A spider is a cast-iron covered frying pan or Dutch oven with legs which is set into the coals of a fire. The legs hold the bottom of the pan above the coals. The term was used in the 1700s in the US. A spider is also a strainer mounted on the end of a handle. Technically, a strainer is a mesh basket and a spider is made of wire mesh shaped like a spider's web. They are of likely 20th century Asian origin and are useful in fetching food from hot oil or boiling water.

The author of a culinary quiz must be careful when using terms that describe the tools in a kitchen to be specific and clear about what is intended.
9. Which of the following diets promotes health better than the others?


Answer: this is a matter of opinion; there is no correct answer

An ovolactarian is a vegetarian who eats eggs and dairy products. A pescatarian is a vegetarian who eats fish and shellfish. A vegan is a person who eats no animal products, including eggs, milk, honey and the like. For some reason, debates about diet are prone to inflame passions and become shouting matches between various proponents. There is no scientific consensus that one diet is more healthful than any other.

In writing quizzes about diet, the prudent author will avoid "taking sides" in these sorts of debates. It is not that quizzes about kinds of vegetarianism are off limits; it is that adopting/promoting any one stance is provocative and unnecessary to FunTrivia's harmonious collective goals.
10. As a measurement of volume, a tablespoon is a tablespoon, the world around.

A culinary quiz author must be explicit about which measuring system is being used. It is wise to offer measurements in at least two forms (e.g. US and UK).
Source: Author FatherSteve