"East of Eden" - The Hamiltons Quiz

This great novel by John Steinbeck is the story of two families. The Hamiltons are one of them.

Quiz Answer Key and Fun Facts
1. Which Hamilton son has the knack of making money?

"As a growing boy, Will was lucky. Just as his father could not make money, Will could not help making it."

Will has always felt, in his secret heart, inferior because of this gift: "He thought the Hamiltons despised him for his one ability. He had loved them doggedly, had always been at hand with his money to pull them out of their errors. He thought they were ashamed of him, and he fought bitterly for their recognition."
2. One of the Hamilton boys hitches the sofa up to the doubletree and rides to a dance on it. Which one?

Tom, as always, had taken "more on his plate than he can eat." He had asked two girls to the dance, but when he was ready to go, "shy and shining as a Roman emperor", his brothers had already taken the rig, the buggy and the cart. There was nothing left but the hayrake, "and you can't take even one Williams sister on that". Tom has always been inventive though: "...last I saw, Tom went dragging up the hill, reclining at his ease on the sofa to get the Williams girls, and, oh, Lord, it'll be worn thin as a wafer from scraping by the time he gets it back."
3. How did Olive, Steinbeck's mother, get her plane ride?


Answer: She won it as a prize for selling Liberty bonds

"If the Germans had known Olive and had been sensible they would have gone out of their way not to anger her. But they didn't know or they were stupid. When they killed Martin Hopps they lost the war because that made my mother mad and she took out after them. She had liked Martin Hopps. He had never hurt anyone. When they killed him Olive declared war on the German empire."

She sold Liberty bonds with such fervour that she won the "fairest prize of all", an airplane ride. The only problem was, Olive did not really believe in airplanes. She was convinced that she was going to her death. When the pilot jokingly asked her "Stunt?" she thought he said "stuck". Determined not to panic, and trying to keep the pilot in good heart, she nodded and smiled. The pilot performed loops and barrel rolls, and every time he looked back and asked "More?" she nodded and smiled again, paralyzed with fear and beyond hearing anything. "Afterward he said over and over, 'She's the goddamest woman I ever saw. I tore up the rule book and she wanted more...what a pilot she would have made!'"
4. When Lee offers Sam Hamilton a drink of Chinese brandy, ng-ka-py, Sam says it tastes like rotten apples. What is Lee's reply?

The conversation between Lee and Samuel, as Lee drives Sam to the Trask place to discuss digging wells, is the first indication we have in the novel that there is more to Lee than meets the eye.
5. What did the Hamiltons find, while digging wells for Adam?

"...it would have been a pretty thing if it happened at night. There would come a line of light and then a pencil of white light and then a tree of blinding light drawn in a long arc from heaven. Then there'd be a great water spout and a big mushroom of steam. And your ears would be staggered by the sound because the soaring cry of its coming would be on you at the same time the water exploded. And then it would be black night again, because of the blinding light, and gradually you'd see the killed fish coming up, showing silver in the starlight, and crying birds would come to eat them. It's a lonely, lovely thing to think about, isn't it?"

An omen, maybe, this, coming as it does on the day of the twins' birth.
6. What turned Samuel old, all of a sudden?

Una married a silent man, a photographer, and he took her away north "and it was black and lost where he went - somewhere on the borders of Oregon." Una died there, in what was thought to be an accident - "so many chemicals around" - but Samuel feared that the accident was "pain and despair". He aged then, badly.
7. How did John and Mary always know that Tom had come to visit, in Salinas?


Answer: Gum under the pillow

"...gum was valuable in those days, just as a nickel was valuable. There were months when he did not come, but every morning as soon as we awakened we put our hands under our pillows to see. And I still do it, and it has been many years since there has been gum there."
8. Before Samuel leaves to go visit Olive (and to die, as he knows) he comes to the Trask ranch to say goodbye. He notices something different about Lee; what is it?


Answer: He has cut off his queue

"'We all did. Haven't you heard? The Dowager Empress is gone. . . but there's a kind of looseness on the scalp that makes me uneasy. It's hard to get used to the convenience of it.'"

This is the visit when they have the long discussion of the meaning of one single word in the story of Cain and Abel - timshel "thou mayest". I have always loved the image of the old Chinese men, learning Hebrew...
9. Dessie comes to live with Tom, on the ranch. However, they do not live together there for long. Why not?

Dessie had had some secret abdominal trouble for some time. When she has a bad attack, Tom gives her a dose of salts, which make the problem worse. Tom, of course, feels responsible for her death.
10. Tom's last letter to his mother is a bright and newsy one. What is the main piece of news?


Answer: He has bought a mean horse, and intends to break it

He knows that Lisa disapproves of suicide, but can live no longer with the guilt he feels for Dessie's death. He also writes a letter to Will: "No matter what you yourself may think - please help me now. For Mother's sake - please. I was killed by a horse - thrown and kicked in the head - please!" Then he gets out his gun, and heads for the hills.
Source: Author agony 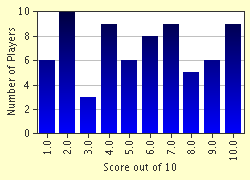