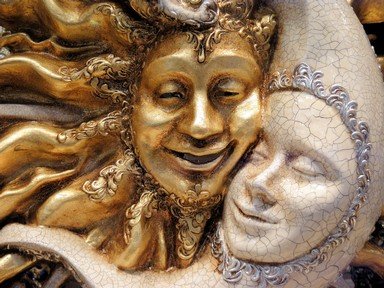 Play Along with this Quiz

You'll find a list of play titles to be matched up with their author. The plays cover a range of American and European playwrights.
This is a renovated/adopted version of an old quiz by author dougcher

The play was written in 1934 and was based in a boarding school for girls. One of the pupils, named Mary Tilford, is a constant trouble maker and seizes the opportunity to spread rumours about the two women who run the school. A row between one of the women and her aunt has provided just enough fuel for the fire, although the accusation of a lesbian relationship between the two women is built on the flimsiest of evidence. Despite this, the school loses its pupils and the lives of the women and the fiancé of one of them have been irreparably damaged, even when the lies told by Mary are uncovered.

Among Hellman's other plays are 'The Little Foxes', written in 1939, and 'Toys in the Attic' from 1960, both of which focus on dysfunctional families. She also wrote screenplays, mainly adapting her own and other authors' plays for the big screen.
2. A Moon for the Misbegotten

'A Moon for the Misbegotten' was written as a continuation of the story of 'Long Day's Journey into Night', both of which were based on O'Neill's own family life. Because of the personal nature of the plots, O'Neill had stipulated that the first play, written around 1940, should not be published until after his death, so it was not performed until 1956. As a result, 'A Moon for the Misbegotten', despite being a sequel, was seen on stage earlier, with a premiere in 1947 although it did not reach Broadway until 1957.

Both plays feature O'Neill's brother Jamie, given the surname Tyrone in the plays, and his alcoholism which led to his early death.
3. Equus

Peter Shaffer wrote 'Equus' in 1973, inspired by reading a newspaper article about a young man who had blinded several horses. Shaffer knew nothing of the boy's motivation, but created a character who was fixated on horses and his belief that they were some kind of gods. The other main character is the psychiatrist who is appointed to help the young man while also struggling with his own personal demons. The play was turned into a film in 1977.

Although born in Romania, Ionesco spent most of his life in France including during the Second World War, making the decision to move to Marseille in 1942 in the middle of the war. Paris became his home once the war ended. 'Rhinoceros' was written in 1950 and is about the transformation of the residents of a village in France into the animals of the title. Only one man resists and is left as the only human. The play is generally interpreted as depicting the way people follow the 'herd' and as a commentary on how Fascism and other extremist movements.

Ionesco is often referred to as one of the forerunners of the 'Theatre of the Absurd', which also included playwrights such as Samuel Beckett and Jean Genet. Among Ionesco's other works are 'The Bald Soprano' (1950) and 'Macbett' (1972).
5. Arcadia

Stoppard was born in what was then Czechoslovakia with his surname being that of his stepfather, an Englishman. Stoppard moved to England in 1946 and became a journalist when he left school. His interest in creative writing came after his work brought him into contact with the Bristol Old Vic theatre. Initially writing radio plays, Stoppard turned his attentions to creating works for the stage with his first play being 'A Walk on the Water' in 1964. 'Rosencrantz and Guildenstern are Dead' brought him wider attention in 1966, and Stoppard found himself in demand as a screenwriter as well.

'Arcadia' dates from 1993 and is widely considered to be Stoppard's masterpiece. It is set in two timelines, one in the early nineteenth century and the other contemporary. In both timelines a young woman is exploring scientific ideas, with the modern woman discovering some of her predecessor's notes. The themes explore life and death, history and philosophy.
6. The Heidi Chronicles

'The Heidi Chronicles' covers a period of twenty years in the life of Heidi Holland between the 1960s and 1980s. The time period covers the changes brought about by feminism and how Heidi establishes herself as an independent woman working as an art historian. The play also includes her interactions with two men, one gay and the other a womaniser, and her decision to become a single mother by adopting a child.

Wasserstein won the 1989 Pulitzer Prize for Drama for 'The Heidi Chronicles' and her other plays include 'Old Money' (2000) and 'The Sisters Rosensweig' (1992). She also wrote the screenplay for the film 'The Object of My Affection', which starred Jennifer Aniston and Paul Rudd in 1998 as well as writing novels and other published papers.
7. Agnes of God

This 1979 play has only three characters, all female. Agnes is a novice nun, who gives birth to a baby, claiming it to be a virgin birth. The other two characters are the Mother Superior and the psychiatrist appointed to examine the mental health of Agnes, who has killed the baby. The play was adapted into a film in 1985 with Meg Tilly, Anne Bancroft and Jane Fonda in the three leading roles. Pielmeier was inspired to write the play after reading about a real life case.

'Agnes of God' remains Pielmeier's best known play with his other stage writings not receiving the same acclaim. He also adapted several novels for television including 'An Inconvenient Woman', the Dominick Dunne novel, and Rosamund Pilcher's 'The Shell Seekers'.
8. Wit

This 1999 play by Margaret Edson won her the Pulitzer Prize for Drama and is also known as 'W;t'. Edson had worked in hospitals and her experiences inspired her to create this one act play about a dying woman. An English professor, Vivian Bearing, is in the final stages of ovarian cancer and reminisces about her times and, in particular, her love for the poetry of John Donne. Despite some final experimental treatment, the play ends with Vivian's death.

Edson works as a teacher, and 'Wit' remains her only play at the time of writing (2022) with the author herself declaring that she has no plans to write again. As she is only in her early fifties in 2022, there is more than time for inspiration to strike again.
9. Private Lives

Sir Noel Coward was responsible for plays, musicals and songs, and not only wrote them but performed them as a singer and actor. 'Private Lives' dates from 1930 and deals with the tangled relationships of a divorced couple and their new partners. Many of his plays are set in 'upper class' society, although he came from humbler beginnings himself.

Among his other well known plays are 'Blithe Spirit' (1941) and 'This Happy Breed', which was first performed in 1942. The latter play departed from Coward's usual work as it depicted a lower class family. His songs include 'I'll See You Again' while he appeared as an actor in 'The Italian Job' in 1969.
10. Saint Joan

Saint Joan was one of Shaw's later plays, dating from 1923 and written only a few years after Joan of Arc was canonised by the Roman Catholic church. Shaw's interpretation of the well known events made a point of examining the motivations of both sides, French and English, rather than depicting anyone as having evil intent. It was first performed in New York.

Shaw was born in Ireland but moved to England at the age of nineteen. He was a prolific playwright with well over fifty plays to his credit. He won the Nobel Prize in 1925, although it wasn't awarded until 1926, and is the first man to win both the Nobel Prize and an Oscar. Among Shaw's other works are 'Arms and the Man' (1894), 'Pygmalion' (1913) and 'The Millionairess' (1936).
Source: Author rossian