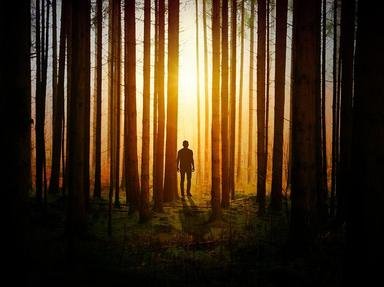 Which Novel Am I From? Trivia Quiz

These characters all appear in classic novels. Can you match them to the novels in which they appear?
This is a renovated/adopted version of an old quiz by author jodan1st

This Jane Austen novel was published in 1813 and tells the stories of the five Bennet sisters, primarily Elizabeth, the second oldest. Mr Bingley is an important character, though, since he is the man who brings Mr Darcy into the neighbourhood. After some setbacks, Elizabeth and Darcy fall in love and marry, while Charles Bingley marries Jane Bennet, the oldest sister.

Austen's novels give an insight into the lives of women of her era (late eighteenth and early nineteenth centuries). Status was very reliant on making a 'good' marriage to a man with money. Her other novels include 'Sense and Sensibility' (1811), 'Emma' (1815) and 'Persuasion' (1818), the latter published after her early death in 1817.
2. Nelly Dean

'Wuthering Heights' dates from 1847 and was written by Emily Bronte. Nelly Dean is the character who tells most of the story - she is housekeeper to Mr Lockwood who asks her to tell him what she knows of Heathcliff, who lives in the property called Wuthering Heights. As Nelly's mother was also a housekeeper and saw the events described in the novel unfold, Nelly is only too keen to divulge what she knows. Nelly is the character who acts as a mother substitute to Catherine Earnshaw's child.

'Wuthering Heights' is the only novel Emily published, although some of her poetry is also in print. She succumbed to tuberculosis in 1848 at the age of only thirty and soon after the death of her brother, Branwell, the same year.
3. Dorothea Brooke

This George Eliot novel was published in instalments between 1871 and 1872 and has the subtitle 'A Story of Provincial Life'. Middlemarch is the name of the town in the English Midlands (the town is fictional). Dorothea Brooke is one of the main characters and is a young, independently wealthy, woman who marries a much older man believing he will welcome her assistance in researching the book he is writing. The marriage is loveless, the book never comes near completion and Dorothea becomes close to her husband's cousin, Will Ladislaw. Another unwise marriage between Tertius Lydgate and Rosamund Vincy is also explored in depth.

This Thomas Hardy novel was published in 1895 with the title character being Jude Fawley. An ambitious man, Jude studies Greek and Latin hoping to study at Christminster, the name Hardy gave to Oxford. Instead of achieving this, he is trapped into marriage when being told that his girlfriend is pregnant and works as a stone mason to support the family. Jude later falls in love with his cousin, Sue Bridehead, who is also in an unhappy marriage. Eventually Sue and Jude begin living together, a scandalous situation in Victorian times, before tragedy drives them apart.

'Jude the Obscure' was Hardy's final novel. It was widely condemned by many, particularly the church, leading Hardy to abandon writing fiction and concentrate on his poetry.
5. Winston Smith

This is the novel which brought us the idea of an omnipresent 'Big Brother'. It was written by George Orwell in 1949 and depicted a world where independent thought is not allowed and the 'thought police' can monitor everyone. Winston Smith is a state employee who begins to harbour doubts, but is tortured into submission in the infamous 'Room 101'. Those unfortunate to find themselves there end up faced with their greatest fear - rats, in Winston's case. The novel is, like 'Animal Farm' (1945) by the same author, a warning against totalitarianism.

Orwell also wrote non-fiction, with 'The Road to Wigan Pier' (1937) exploring the difficulties of life for the working class while his personal experiences of fighting in the Spanish Civil War are detailed in 'Homage to Catalonia' (1938). Orwell died in 1950, another victim of tuberculosis.
6. Grace Poole

Charlotte Bronte's first novel, 'Jane Eyre' was published in 1847 under the pseudonym of Currer Bell. The story begins during Jane's unhappy childhood and school days before describing her taking up the role of governess to Adele, the ward of her employer, Mr Rochester. Although Jane grows close to Rochester, she is shocked to find he is already married. His wife, Bertha Mason, has lost her mind and is hidden away from sight, with Grace Poole being employed to look after her. Grace is fond of a drink or two, so Bertha is able to escape at times, frequently setting fires. Finally, Bertha dies in one of these fires freeing Rochester (who has suffered what would now be described as 'life-changing' injuries in the fire) to marry Jane.

Charlotte Bronte also wrote 'Shirley' (1849) and 'Villette' (1853). All the female heroines of these novels are depicted as self reliant and resourceful.
7. Joe Gargery

Published in the form of a novel in 1861, having previously been issued in instalments, 'Great Expectations' appeared towards the end of Dickens' career as a writer. The story focuses on Philip Pirrip, known as Pip, and his progress through life aided by a mysterious benefactor. Joe Gargery is married to Pip's sister, two decades older than Pip, and is a kind and caring man who works as a blacksmith. He appears only in the first part of the novel, which covers Pip's early life. Joe's plans to bring Pip into his business are thwarted when Pip decides to be a 'gentleman' and moves to London where he comes into contact with Miss Havisham and Estella.

The only Dickens novel published after 'Great Expectations' was 'Our Mutual Friend' from 1865. As any quizzer should be able to tell you, Dickens was unable to finish his final novel, 'The Mystery of Edwin Drood', as he died with the story only half written.
8. Rawdon Crawley

Written by William Makepeace Thackeray, 'Vanity Fair' was published in a series of pamphlets between 1847 and 1848. It tells the stories of Rebecca (Becky) Sharp - a social climber - and her friend Amelia Sedley. Amelia marries George Osborne, who she continues to see through rose tinted glasses even when he treats her badly and who eventually dies in the Battle of Waterloo. Rawdon Crawley is the unfortunate man who marries Becky, and finds himself disinherited by his family and regularly cuckolded by Becky. When he eventually realises her true nature, he leaves to work abroad, dying of yellow fever.

'Vanity Fair' is Thackeray's best known work, but he also wrote 'The Luck of Barry Lyndon' (1844) which Stanley Kubrick liked enough to turn into a film in 1975.
9. Paul Morel

Although this was the third novel written by D H Lawrence, 'Sons and Lovers' was the first to become successful. Published in 1913, the novel tells the story of a mother's rather obsessive love for her sons. Gertrude Morel has married a miner, with the initial attraction between them being a physical rather than mental one, and struggles to adapt to living on the low wages he earns. Her husband, in turn, realising her growing contempt for him, spends most of his spare time in the local public house. The mother pours her love into her sons, initially Walter who moves away before dying young, and then Paul. Paul tries to build relationships with two different women, but is unable to escape his mother's suffocating love. The plot is considered to be based, at least partly, on Lawrence's own life.

'Sons and Lovers' established Lawrence's reputation and was followed by 'The Rainbow' (1915) and 'Women in Love' (1920). More controversial was 'Lady Chatterley's Lover', with its use of crude language leading to a famous obscenity trial in the UK in 1960.
10. Lucy Honeychurch


Answer: A Room with a View

This E M Forster novel was published in 1908 and is set in much the same time period. Lucy Honeychurch is touring Italy with her cousin, who is also her chaperone. The story begins in Florence where the women discover they have not been given the promised rooms - those with a view of the river. Their complaints bring them into contact with the Emersons, father and son, who offer to exchange their rooms. The Emersons are considered of a lower social standing, although Lucy develops feelings for George, the son. After an unwise engagement to another man, Lucy acknowledges her true feelings and elopes with George, with the couple arriving back in Florence where it all began.

Forster wrote a few novels on the same theme, putting the hypocrisy of the upper classes under the microscope and highlighting the disastrous effects this has on the lives of those considered inferior. These include 'Howards End' (1910) and 'A Passage to India' (1924).
Source: Author rossian