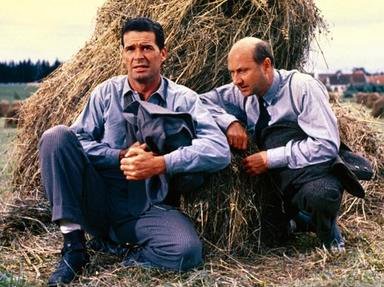 Here is a quiz on the amazing Steve McQueen movie.

Quiz Answer Key and Fun Facts
1. Who is the surveyor?

Cavendish is the one who trips on the night of the escape. He got shot near the end of the movie. Cavendish is played by Nigel Stock.
2. Does Hilts escape by jumping the fence at the Swiss border?

Steve McQueen tries to jump over the fence with a motorcycle. He gets tangled in the barbed wire then sent back to the camp, where he goes to the cooler.
3. How do the prisoners escape from the camp?


Answer: By a tunnel

Seventy six people escape from the camp.
4. What nationality is Sedgewick "The Manufacturer"?

One way that we know Sedgewick is Australian because he says "mate" in the movie. Sedgewick is played by James Coburn.
5. What day do the Germans find Tom?

On that day the Americans gave out "moonshine" to every one in the camp, leaving the huts unattended and allowing the guards to find the trap door to tunnel Tom. That was the day when Ives got killed when trying to escape over the wire.
6. Who has claustrophobia?

Claustrophobia is the fear of tight enclosed spaces, and Danny panics in the tunnel when the lights go out. Danny is played by Charles Bronson.
7. What item does Blythe ask Hendley for?

"The Ferret" is a German guard, who found Tom, and the one who gets the camera. Blythe needs the camera for his forged ID papers.
8. Which of the following is NOT used as a mode of transportation by the escapers?

Sedgewick takes a bicycle, then a train. Roger and MacDonald take the train, and try to escape on a bus, but they get caught. Hendley and Blythe use the train and an airplane.
9. There are five named Americans in the camp.

There are three Americans: Hilts, Hendley, and Goff. Only two of them get out of the camp on the night of the escape by tunnel.
10. Danny and Willie both escape, and are not recaptured.

They escape by boat. They first take a rowboat, then a much bigger boat.
Source: Author Pat Izzo 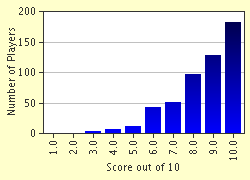 
Other Destinations
Explore Other Quizzes by Pat Izzo