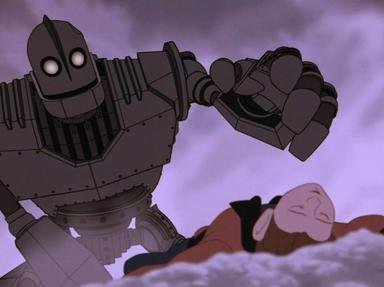 I thought this movie was so cute. I absolutely loved it. Hope you enjoy my quiz.

Quiz Answer Key and Fun Facts
1. What was the little boy's name?

Dean was the name of his friend, and Kent was the name of the mean guy from the military who had bright blue eyes and orange hair.
2. What color were the bags on the back of Dean's motorcycle?

It was realy noticable when Dean was driving Hogarth to the giant after he had saved the two boys.
3. When Dean told the giant that he was a gun, the giant turned around and ran. Which way did he turn?

I felt really bad for the giant. I don't think he really knew what was happening or why. It was sad.
4. What color were general Rogard's glasses?

They were a cool color...they matched his uniform.
5. What color were Kent's eyes?

His eyes were a big, bright blue, and a little scary and weird looking.
6. How many stars did general Rogard have on his helmet?

You saw his helmet a few times.
7. When did this movie take place?

They said when this movie took place at the beginning of the movie.
8. Where was the giant's head at the end of the movie?

Very good ending. His head landed in Iceland, and he was "calling" all his parts to him. It was such a good ending.
9. What was the last thing the giant said to the little boy?

This was a sad part. Hogarth had said the same thing to him at the beginning of the movie.
10. Who was the giant's favorite super hero?

He liked to pretend that he was Superman.
Source: Author luna78870 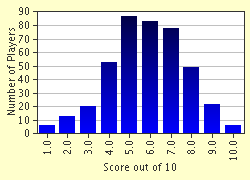 
Other Destinations
Explore Other Quizzes by luna78870