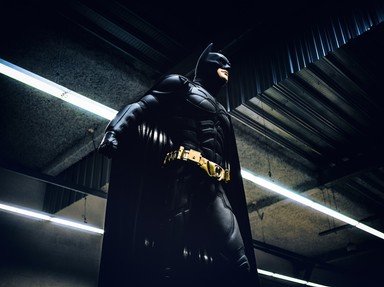 Who Played Me in "Batman Begins"? Quiz

In this quiz, I will describe a character from the movie, "Batman Begins", and you tell me who played him or her. Good luck!

Quiz Answer Key and Fun Facts
1. I appeared as the main protagonist's father. I loved opera and fought poverty. Who am I?

Roache, born on February 1st, 1964 in Manchester, England, portrayed Thomas Wayne, Bruce's father. We first saw Thomas when Bruce fell down a hole as a little boy and his father went down to rescue him. When Thomas brought him back into his home, he told Bruce that we fell so we learned how to pick ourselves up. One night, when the Waynes' attended opera, Bruce asked his father if they could leave so his parents left with Bruce.

While they walked out, a man, later identified as Joe Chill, robbed the Wayne parents, shot, and killed both Mr. and Mrs. Wayne.

At the police station, Lieutenant James Gordon told young Bruce that they caught the man. Roache had roles in the films, "The Forgotten", "The Chronicles of Riddick", and "Hart's War".
2. I was the main protagonist's mother. Who am I?

Stewart, born in 1966, was cast as Martha Wayne, Bruce's mother. Martha was born Martha Kane and the heir to the Kane Chemical fortune and was a member of a very wealthy family in Gotham City. When she was younger, Martha was a notorious party animal and socialite.

She went to all the top country clubs, night clubs, and soirées. She used her family's wealth to advocate for charities and certain causes she held near and dear to her heart. Stewart played characters in movies like, "The Road to Guantanamo", "A Cock and Bull Story", and "Mrs. Brown".
3. I portrayed the one who murdered the Wayne parents. Who am I?

Brake played Joe Chill, the one who traumatized Bruce at a young age when he murdered his parents. He got caught and spent many years in prison. Near the beginning of the film, there was a court proceeding in which the district attorney planned to have him released early since he aided the D.A. in a major investigation. Mr. Chill said that he regretted what he did and wished he could take it back but he knew he could not.

When he left the courthouse, a mob of reporters crowded him but he wound up shot dead. Brake was cast in several movies, such as, "Munich", "Doom", and "Hannibal Rising".
4. I was Bruce's childhood friend and a good friend to the district attorney. I became a victim of Scarecrow's toxin. Who am I?

Holmes, a native of Toledo, Ohio, was cast as Rachel Dawes, an assistant district attorney for Gotham City. When Bruce came back for Joe Chill's hearing, she tried to talk him out of not attending but he went anyways. After Chill was shot dead, Rachel drove him in her car and Bruce started talking how justice and revenge were the same. Rachel said that justice was about harmony whereas revenge was about how one felt better.

He said the system was broken so Rachel took him to a poor part of the city.

When Bruce showed Rachel the gun he planned to use on Chill, Rachel slapped him in the face. Later on, in the movie, Rachel told Dr. Jonathan Crane that she though it was interesting how Carmine Falcone, one who had no history of mental illness (and no family history of it as well), suddenly pulled the insanity plea a day before his trial. Crane sprayed Rachel with his toxin but Batman arrived and gave her an antidote, which saved her. Holmes starred in blockbuster hits like, "The Gift", "Teaching Mrs. Tingle", and "Go". On November 18th, 2006, she married Tom Cruise.
5. I played the district attorney who asked that Chill be released on parole due to his cooperation in a pertinent investigation. Who am I?

Holden, born in 1961 in Northern Ireland, took on the role of Finch, a district attorney of Gotham City. Bruce was not thrilled when Finch decided to have Chill released early. When it was reported that Bruce came back to Gotham City, Finch told Rachel about how he returned home to Wayne Manor. Finch did not appreciate how Dr. Jonathan Crane testified as to how many criminals could not deal with the pressures of prison, and hence had to be held at Arkham Asylum.

When a mysterious package arrived one night via boat, Finch went to the docks to take a look at it. Wayne Enterprises was written on the outside of the box.

At this time, Finch was shot dead. Holden guest starred on TV series', such as, "Charmed", "ER", and "Timecop".
6. I portrayed a crooked cop who helped out Carmine Falcone. Lieutenant Gordon knew I was up to trouble. Who am I?

Mark Boone Junior, born in 1955 in Cincinnati, was cast as Flass, the crooked cop for the Gotham City Police Department. Falcone brought drugs into Gotham City and then sold them to Dr. Jonathan Crane so he could deal them. Flass assisted Falcone in getting the drugs into Gotham City. On Batman's first official night of fighting crime, he caught Flass' leg with a gadget of his and pulled him up into the sky.

He asked Flass where the drugs were and where they headed so Flass gave him the information he needed. Batman lowered Flass to the ground.

He survived. Mark Boone Junior played characters in the movies, "Wild Turkey", "2 Fast 2 Furious", and "Memento".
7. I was the crime fighter in the film and trained someplace far away from Gotham City. I even trashed some people at a party of mine to get them to leave my home so they would not be victims of Mr. Ducard. Who am I?

Bale, born on January 30th, 1974 in Wales, took on the role of Batman when director Christopher Nolan decided to reboot the "Batman" franchise. This film traced Batman's origins of when Bruce Wayne trained under Henri Ducard to fight crime. At one point, Bruce returned to Gotham City after everyone thought he had died.

When Ducard announced his presence to Bruce at his home, during Bruce's birthday party, Bruce called the party goers some choice names and encouraged them to leave. Bruce did this since he knew Ducard was going to fight him and he did not want any of the guests hurt. During Bruce's struggle with Ducard and his men, Wayne Manor burned down. Bruce got his vengeance on Ducard when they fought on a train and it crashed right after Bruce as Batman got off the train while Ducard was on it. Batman last spoke to Lieutenant Gordon about a robbery the police responded to in Gotham City. Gordon showed Batman the robber's calling card that he left, which was a Joker card from a standard deck of playing cards. Bale portrayed Patrick Batmen in "American Psycho", Alfred Borden in "The Prestige", and John Rolfe in "The New World".
8. I was the judge who presided over Joe Chill's hearing. Who am I?

Murphy, born on October 14th, 1955, in Northern Ireland, played Judge Faden. Faden was seen briefly in the film and, in just one scene, which was Joe Chill's hearing. Rachel did not appreciate how Faden had the hearing televised. When Faden was about to release Chill, he stated that he knew a member of the Wayne family was present and, if he had anything to say, he could speak. Bruce stood up and just walked out of the courtroom. Murphy had guest stints on the TV shows, "Hearbeat", "Vanity Fair", and "Doctor Who".
9. I was a crime lord in Gotham City but I wound up at Arkham Asylum. Who am I?

Wilkinson, born in 1948, was cast as Carmine Falcone, the villain who had judges and police officers in his pocket. He was powerful, and Rachel told Bruce that literally nobody would touch him. When Bruce first spoke to Falcone, he told Falcone he was not afraid of him. Falcone threatened to blow his head off right there but he decided not to do it.

He said that, when Chill was in prison, he told him about how Bruce's father begged for mercy the night he murdered him. When Bruce dressed up as Batman one night, he caught Falcone bringing in a shipment of drugs and left him for the police to arrest. Finch thought they could never tie the drug shipment to Falcone, but he saw the evidence that Batman left him.

The judge sentenced Falcone to stay in a psychiatric hospital. Dr. Jonathan Crane visited Falcone and sprayed him with toxin so he went crazy and got transferred to Arkham Asylum. Falcone was last seen strapped down to a chair. Wilkinson amassed many acting credits over the years, with roles in "Michael Clayton", "The Exorcism of Emily Rose", and "In The Bedroom". Wilkinson received his first Academy Award nomination for Outstanding Lead Actor in a Motion Picture in 2002 for his part in "In the Bedroom." He lost to Denzel Washington, who won for "Training Day".
10. I worked at Wayne Enterprises and got a huge promotion at the end of the film. Who am I?

Legendary actor Morgan Freeman won the role of Lucius Fox, who was first employed at Wayne Enterprises as head of research. The CEO of Wayne Enterprises, William Earle, demoted him so Fox's new role was to oversee supplies for the corporation's aborted research projects and prototypes. Fox showed Wayne some gadgets and a car that he used when he fought crime as Batman. Fox played a key role in saving Rachel's life when he synthesized the antidote needed to survive Scarecrow's toxin. Earle fired Fox about halfway through the film.

At the movie's ending, Wayne phoned Earle and told him he gained the majority shares in stock for Wayne Enterprises. Wayne fired Earle and appointed Fox as the new CEO of Wayne Enterprises. Freeman reprised his role as Lucius Fox in the film's sequel, "The Dark Knight". Freeman portrayed characters in movies like, "Driving Miss Daisy", "The Shawshank Redemption", and "Hard Crimes". Freeman won his first Academy Award for Outstanding Supporting Actor in a Motion Picture in 2005 for his role as Eddie Scrap-Iron Dupris in "Million Dollar Baby". For some time, Freeman was a member of the cast of the now defunct NBC soap opera, "Another World".
Source: Author CAGuy0206 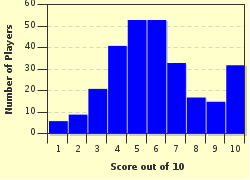