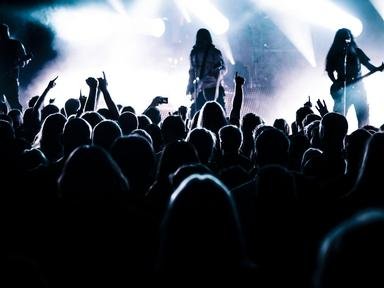 Do you know your 80's HAIR BANDS? This covers the bands that came from the 1980s!

Quiz Answer Key and Fun Facts
1. Which band sang "Talk Dirty To Me"?

This is another hit song from the band Poison!
3. Which is not a song by Bon Jovi?

"Home Sweet Home" was done by Motley Crue.
4. Who was never a member of Motley Crue?

CC Deville is the lead guitarist for Poison and former singer of the band Samantha 7.
5. Which song does not belong with Motley Crue?

Rachel Bolan was most known for wearing an earring that was attached to his nose ring in the late 80's!
7. Michael Damien had a hit song in the 80's. Which one was it?

Michael Damien is "Danny" on the hit soap "The Young and the Restless"!
8. Which song below below does not belong to the band Warrant?

"I Wanna Rock" was done by Twisted Sister and was one of their biggest hits!
9. What is Axl Rose's birth name?

Axl Rose was born William Bruce Rose, he grew up as William Bailey, and later had his name changed to W. Axl Rose. His band is Guns N Roses.
10. In what US state did Jani Lane die? 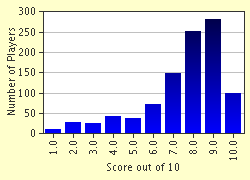 
Other Destinations
Explore Other Quizzes by beck1114