Just how much do you know about Bob Dylan's classic "Subterranean Homesick Blues"? Pit yourself against 10 questions about the song and/or associated facts. Song #25 in the 'Anatomy' series.

Share on Facebook
Share on Twitter
Share by E-Mail
Author
FussBudget
Time
4 mins
Type
Multiple Choice
Quiz #
240,304
Updated
Dec 03 21
# Qns
10
Difficulty
Average
Avg Score
8 / 10
Plays
1809
Awards
Top 20% Quiz
This quiz has 2 formats: you can play it as a or as shown below.
Scroll down to the bottom for the answer key.

Quiz Answer Key and Fun Facts
1. How many years of schooling are mentioned in the song?

Hardly seems worth it, does it?
2. Which branch of the military gets mentioned in the song?

"Try hard, get barred
Get back, write braille
Get jailed, jump bail
Join the army, if you fail"

It appears the band Radiohead were inspired by Dylan, or at least this song, as they penned one called "Subterranean Homesick Alien".
3. What male name gets mentioned in the song?

Johnny gets mentioned in the first word of the song:

"Johnny's in the basement
Mixing up the medicine"
4. The song sees a girl "Lookin' for a new fool". Where is the girl located whilst she is looking?


Answer: By a whirlpool

"Girl by the whirlpool
Lookin' for a new fool"

"Subterranean Homesick Blues" has also been covered by Red Hot Chili Peppers, Dave Stewart & Barbara Gaskin, and Harry Nilsson, amongst others.
5. What female name gets mentioned in the song?

"The phone's tapped anyway
Maggie says that many say
They must bust in early May
Orders from the D.A."

Patty is from the Dylan song "Hurricane" :

"Pistol shots ring out in the bar room night
Enter Patty Valentine from the upper hall
She sees the bartender in a pool of blood
Cries out, "My God, they killed them all!"

"Sara, Sara,
Whatever made you want to change your mind?
Sara, Sara,
So easy to look at, so hard to define"

"Sister Jacqueline and Carmela and mother Mary all did weep
I heard his best friend Frankie say, "He ain't dead, he's just asleep"
6. What is the difference between the amount of dollar bills wanted by "The man in the coon-skin cap" and the amount available?

I always heard this lyric as "In the pig pen".
7. The District Attorney orders a bust. In what month is the bust to occur?

"The phone's tapped anyway
Maggie says that many say
They must bust in early May
Orders from the D.A."
8. Which of the following sage pieces of advice does Dylan deliver in the song?

In a nice rhyming stanza:

"Better stay away from those
That carry around a fire hose
Keep a clean nose
Watch the plain clothes"
9. What does Dylan advise you should "light"?

"Better jump down a manhole
Light yourself a candle
Don't wear sandals
Try to avoid the scandals"
10. Why don't the pumps work?


Answer: The vandals took the handles

From the last two lines of the song, the ones that always make me chuckle:

"The pump don't work
'Cause the vandals took the handles"

Interesting what defined a vandal in the early 60's. If today, the worst thing that a vandal did was remove a pump handle, we would consider ourselves really lucky!
Source: Author FussBudget

This quiz was reviewed by FunTrivia editor agony before going online.
Any errors found in FunTrivia content are routinely corrected through our feedback system.
Most Recent Scores
Dec 14 2022 : 1ziggy: 3/10
Dec 09 2022 : Guest 98: 10/10 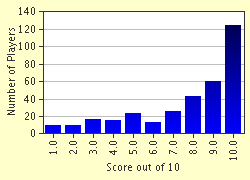 Related Quizzes
This quiz is part of series Anatomy of a Song - Part 6:

This is part 6 of a collection of all of my "Anatomy of a Song" quizzes. They were the originals, much imitated since. I guess I should take that as a compliment!