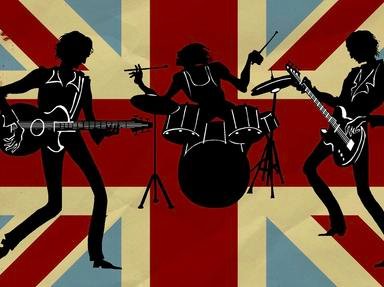 To celebrate the 50th Anniversary of the UK singles chart, in 2002 people were asked to vote for their favourite UK No 1 of all time. This is one of a series of quizzes based on the resulting Top 100.

Quiz Answer Key and Fun Facts
1. In 60th place on the chart is "Voodoo Child" by The Jimi Hendrix Experience. Jimi Hendrix was born in Seattle, USA. Where did he die?

Jimi Hendrix is considered by many to be the greatest rock guitarist and one of the most influential musicians of the 1960s.
2. At 59 in the chart, which Elvis Presley single from 1960 shares the melody of an Italian standard "Oh Sole Mio"?


Answer: It's Now Or Never

The melody was also used in an advertising campaign for Wall's "Cornetto" ice cream during the 1980s and 1990s: "Just one Cornetto, give it to me. Delicious ice cream of Italy."
3. At 58 on the list, which Beatles record includes the line: "I'll buy you a diamond ring my friend if it makes you feel alright"?

"Can't Buy Me Love" was released in March 1964 and was the third Beatles single to sell over one million copies in the UK.

The song was written in Paris at the George V hotel and recorded in Paris. It is the only English language Beatles track that The Beatles recorded outside of the UK.
4. Sharing 56th place on the chart, which ex Beatle had a number one UK hit with "Woman"?

"Woman" was written by John Lennon about his wife Yoko Ono. It was the second single to be released from the "Double Fantasy" album, and the first to be released after his death. "Woman" spent two weeks at number one in the UK, and knocked "Imagine" off the top spot. In the US "Woman" reached number two.
5. In joint 56th spot on the chart is another Beatles single, "Ticket To Ride". Which UK album, also the name of a film, is it taken from?

"Ticket To Ride" was released in April 1965 and reached number one in both the UK and US.

The original label for the single stated that the song was from "Eight Arms To Hold You", which was the original title given to The Beatles' second film. The title was changed to "Help!" after the single has been released.
6. In number 55 spot on the chart, what was George Michael's first single as a solo artist, released in 1984 whilst he was still a member of Wham!?

"Careless Whisper" was a huge international hit which reached number one in around 25 countries, including the US and UK. In the UK it took over the number one spot from "Two Tribes" by Frankie Goes To Hollywood. It went platinum in Canada, Netherlands, UK and US.
7. At 54th position in the chart, which Elvis Presley single includes the lyrics: "Like a river flows surely to the sea, darling so it goes some things are meant to be"?

"Can't Help Falling In Love" was number one in the UK for four weeks in 1962.

It has been adopted as a supporters song by several British football clubs including Sunderland, Swansea City and Airdrie United.
8. In 53rd position, which Beatles song begins: "Got a good reason, for taking the easy way out"?

"Day Tripper" was released in 1965 as a double sided A-side with "We Can Work It Out". It spent five weeks at number one in the UK and was the 1965 Christmas number one.

It is an unusual Beatles song as Paul McCartney takes lead vocals although John Lennon was the main composer. Usually the principal composer took lead vocals.
9. At number 52 in the chart "Heart Of Glass" by Blondie was number one in the UK for four weeks in 1979. What very successful album was the single taken from?

"Heart Of Glass" was number one in both the UK and US.

The video for the single was filmed at Studio 54 in New York.

The drum machine intro from "Heart Of Glass" was sampled on the Missy Elliott single "Work It" (2003).
10. In 51st position, which ABBA single begins: "I don't wanna talk about the things we've gone through. Though it's hurting me now it's history. I've played all my cards and that's what you've done too. Nothing more to say, no more games to play"?


Answer: The Winner Takes It All

"The Winner Takes It All" was ABBA's eighth number one in the UK. It was the first single to be released from the album "Super Trouper". In the US it reached number eight on the Billboard Hot 100.
Source: Author Helmar 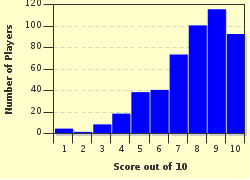 
Other Destinations
Explore Other Quizzes by Helmar