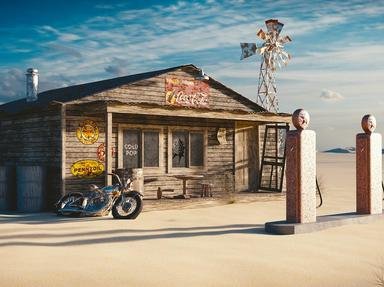 Here is a quiz on some of the early hit songs of rock and roll music. Good luck and have fun.


Answer: At the Hop

"Well, you can swing it you can groove it
You can really start to move it at the hop
Where the jockey is the smoothest
And the music is the coolest at the hop..."

Little Richard did "Long Tall Sally", Jerry Lee Lewis sang "Great Balls of Fire" and Buddy Knox did "Party Doll."
2. In 1956, Elvis Presley had a number one hit song with "Hound Dog." Which of these tunes, mentioning the word "preacher", was on the flip side of this single?

The immortal Elvis Presley had a two-sided hit single in 1956 with "Hound Dog" and "Don't Be Cruel" in 1956. "Don't Be Cruel" was released in July 1956, and it stayed at the number one spot on the U.S. Billboard charts for nearly three months. Presley sang the following lyrics from "Don't Be Cruel":

"Let's walk up to the preacher
And let's say I do
Then you'll know you'll have me
And I'll know that I'll have you
Don't be cruel..."

"Only you can make this world seem bright..." The Platters were based in Los Angeles and featured the "smooth as silk" vocals of lead singer Tony Williams. The song "Only You" climbed into the top ten of the U.S. singles charts in 1955, and it became a number one hit on the R&B singles charts. Tony Williams sang, "Only you can make this change in me / For it's true, you are my destiny..."
4. Which group had a top ten hit in 1955 with the song "Earth Angel"?

"Earth Angel" was recorded by The Penguins. This doo-wop group hailed from Los Angeles and featured Cleveland Duncan on lead vocals. "Earth Angel" reached the top ten of the U.S. singles charts in 1955. Duncan and The Penguins sang these lyrics:

"Earth angel, earth angel
Will you be mine?
My darling, dear
Love you all the time
I'm just a fool, a fool in love with you..."
5. "But you're my teenage queen You're the prettiest, loveliest girl I've ever seen..." Which 1959 hit song by The Crests featured the above lyrics?

The Crests were a doo-wop group from New York City. Their biggest hit was the song "16 Candles", a song which was released in 1959. "16 Candles" rose to the number two spot on the U.S. Billboard charts. The lead singer of The Crests was Johnny Mastrangelo (Johnny Maestro) who later teamed up with The Brooklyn Bridge group. Maestro sang, "Sixteen candles in my heart will glow / Forever and ever, for I love you so..." Dion and The Belmonts sang "A Teenager in Love", The Flamingos did "I Only Have Eyes for You" and Phil Phillips recorded "Sea of Love."
6. Which one of these singers achieved success in 1957 with "My Special Angel"?

Bobby Helms had a crossover hit single in 1957 with the ballad "My Special Angel." The Indiana-born singer was a country music star who reached the number seven spot on the U.S. Billboard charts with "My Special Angel." Helms also earned immortality that year with his Christmas classic song "Jingle Bell Rock." Helms sang these lyrics from "My Special Angel":

Jiles Perry Richardson (aka The Big Bopper) was born in Texas, and he became a noted rock 'n roll deejay. Richardson was also a prolific songwriter whose work provided hits for such country artists as George Jones and Johnny Preston. In 1958, The Big Bopper scored his biggest hit with the rock 'n roll classic song "Chantilly Lace." This song rose to number six on the U.S. Billboard charts. Richardson's signature line in this tune was, "You knoooooooow what I like!" Chantilly lace and a pretty face, indeed.
8. Which one of these songs was a hit single for The Dell Vikings in 1957?


Answer: Come Go With Me

The Dell Vikings struck gold in 1957 with "Come Go With Me." This doo-wop group was formed in Pittsburgh and featured the tenor voice of Norman Wright. "Come Go With Me" reached the number four position on the U.S. Billboard singles charts and was later covered by the Beach Boys in the 1970s. The Dell Vikings opened with these words:

"Love, love me darlin'
Come and go with me
Please don't send me way beyond the sea
I need you, darlin'
So come go with me..."

Gene Vincent performed "Be Bop A Lula", Buddy Holly and The Crickets did "Peggy Sue" and The Diamonds did "Little Darlin."
9. In 1955, the legendary Chuck Berry released a single called "Maybellene." Which one of these cars was mentioned in the lyrics of this song?

In 1955, Chuck Berry exploded onto the U.S. pop music scene with his song "Maybellene." This rocking tune was released in the summer of 1955, and it reached the top ten of the Billboard singles charts. Berry sang at breakneck speed about a fast-driving woman named Maybellene who was speeding in a Cadillac Coup de Ville. Berry sang these words:

"As I was motivatin' over the hill
I saw Maybellene in a Coup de Ville
A Cadillac a-rollin' on the open road
Nothin' will outrun my V8 Ford..."
10. In 1958, The Everly Brothers topped the U.S. singles charts with "All I Have To Do Is Dream." Please complete the following lyrics from the bridge of this song: "I can make you mine, taste your lips ______ Anytime, night or day..."

Don and Phil Everly put together a string of hit records in the late 1950s and early 1960s. One of their most popular songs was "All I Have To Do Is Dream." This tune climbed to the number one position on the U.S. Billboard charts in June 1958. The Everlys sang these words:

"I can make you mine, taste your lips of wine
Anytime, night or day
Only trouble is, gee whiz
I'm dreaming my life away..."
Source: Author mrgrouchy 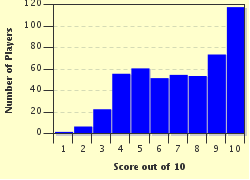