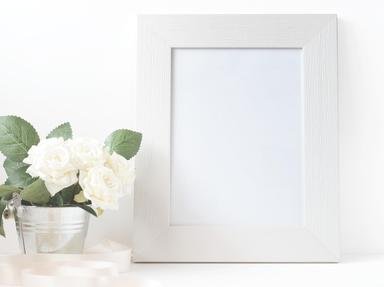 The men quoted in this quiz were all brilliant in their own right - but their quotes about scientific proposals from others were definitely not. Here are ten of these. Have fun.

Quiz Answer Key and Fun Facts
1. Which great polymath who was forced to recant his belief in heliocentrism, dismissed Kepler's proposal that the moon caused the tides as "useless fiction"?

Galileo (1564-1642) was an Italian polymath, astronomer, scientist, mathematician, author, engineer and physicist who spend a great deal of his life under house arrest because of his views on heliocentrism and Copernicanism. He was forced to recant all his beliefs on same by the authorities of the day.

This great man also believed, but mistakenly so, that tides were caused by the seas swirling around a point on the surface of the earth as the earth spun on its axis around the sun. When fellow great scientist, Johannes Kepler (1571-1630) came up with the theory that it was our moon that caused the action of the tides, Galileo didn't take too kindly to his own tidal theories being challenged - and dismissed Kepler's correct findings as "useless fiction".
2. Scots-Irish genius, Lord Kelvin, said of which fellow scientist's invention that "X-rays will prove to be a hoax"?

Wilhelm Rontgen (1845-1925) was a German-Dutch engineer and physicist who is credited with the invention of the X-ray. In 1901, he was awarded the first Nobel Prize in physics for same. He could have made millions by patenting his invention but refused to do so because he wanted mankind to gain the benefit from it. William Thomson, 1st Baron Kelvin (1824-1907) was a Scots-Irish mathematician physicist and engineer, who worked largely in the area of physics, electricity, thermodynamics, the mariner's compass and the telegraph.

The latter of these achievements earned him millions and saw him knighted in 1866 by Queen Victoria, and become President of the Royal Society in 1899. Oddly enough for a man with such an incisive mind, he was convinced that Rontgen's invention of X-rays would prove to be a hoax.

He also believed that radio had no future at all, and that heavier than air machines were impossible.
3. "The idea that cavalry will be replaced by these iron coaches is absurd. It is little short of treasonous". Which ferocious new war machine was being referred to by the aide-de-camp to Field Marshal Haig in a demonstration in 1916?

Well, he certainly got that wrong. Today, these giant war machines are an ever increasing sight in any field of war, wreaking destruction wherever they appear with their fire power and maneuverability. The name of Field Marshal Haig's aide-de-camp who made that oops statement in 1916 cannot be located, but Douglas Haig himself (1861-1928), a senior officer in the British army, earned himself the general nickname of "the Butcher" for the appalling number of casualties under his command. War, though, isn't about marshmallows and lollipops. Prior to the invention of the tank, the cavalry used horses instead. One can only imagine the horror those poor animals endured.

On a lighter side, did you know that when tanks were first being constructed in the early 20th century, they had male and female versions of these machines? Female tanks only carried machine guns, but the male tanks carried cannon as well. The first design of this machine was nicknamed "Little Willie". It was Leonardo da Vinci (1452-1519) who first came up with the idea of a tank as a war machine six centuries earlier however. A reconstructed model of his invention shown in Wikipedia looks a little like one of the famous Dr Who's enemies, the Daleks.
4. Which winner of the Nobel Prize in Physics in 1918, on being advised not to study the subject, was told that "In this field (physics) almost everything is already discovered and all that remains is to fill a few holes"?

Max Planck (1858-1947) was a German theoretical physicist who discovered quantum theory. This discovery saw him win the Nobel Prize in Physics in 1918. Yet, if he had heeded the above advice from Phillip von Jolly (1809-1884), a professor of Physics and Mathematics at the Munich University, Planck wouldn't have taken up the study of this subject at all. Von Jolly was noted for his work on osmosis and "acceleration due to gravity with precision weights", and sincerely believed that there was nothing new to discover in the realm of physics when he gave his not-so-jolly advice to Planck.
5. Which very famous French political and military leader heartily pooh-poohed the idea of steamships when told about them?

Napoleon Bonaparte (1769-1821) rose to power during the French Revolution (1789-1799), and eventually became Emperor of that great nation. For many years he dominated the political sphere of Europe, winning most of the ongoing wars that littered the fields of the continent during this time, while ever increasing the expanse, power and influence of the French Empire.

His reign ended in 1815 during another mighty battle with a combined English and Prussian coalition, after which this compelling world figure was exiled to the island of Saint Helena, where he died six years later. Described as "one of the greatest commanders in history" Napoleon's influence can still be felt all this time later in the political and legal changes he ushered in. It seems odd that such a far-sighted leader dismissed the notion of steamships so quickly, but this he did.

His words, when informed about the steamboat, were "How, sir, would you make a ship sail against the wind and currents by lighting a bonfire under her deck? I pray you, excuse me, I have not the time to listen to such nonsense".
6. Why did London's Professor Dionysius Lardner believe that rail travel at high speed was impossible?


Answer: The passengers would die of asphyxia

Dionysius Lardner (1793-1859) was an Irish born, British scientific writer, compiler of encyclopaedia, mathematician, and professor of natural philosophy and astronomy. He authored very many articles on his interests, and lectured widely on same, before branching out further to write on Babbage's Differential Engine, "algebraic geometry, the differential and integral calculus" and steam engines.

His greatest claims to fame is his work on the 133 volume "Cabinet Cyclopoaedia (1830-1844), and, unfortunately, his affair with a married woman that ruined his career in Britain. For such a widely read man, and with such a grip on mathematics and geometry, Lardner simply couldn't get his head around the advances of the steam engine, and the notion that high speed train travel was a distinct possibility at all. Among his many assertions on this, he declared that "Rail travel at high speed is not possible because passengers, unable to breathe, would die of asphyxia".
7. What happened two weeks after Sir Harold Spencer Jones tersely stated in 1957 that "Space travel is bunk"?

Harold Spencer Jones (1890-1960) was an English astronomer, an authority on positional astronomy, and the Astronomer Royal for twenty-three years. His specialities were the "motion and orientation of earth in space", the position and brightness of stars, optics, and the deflection of starlight caused by the sun. One would imagine, with all his astronomical interests and knowledge, that he could have foreseen that space travel by man would one day take place - but no. How his jaw must have dropped after the flight of Sputnik just two weeks after he declared that space travel is bunk.

He wasn't the only great mind to doubt this however. Another fine thinker of the time, with over 180 patents to his name, Lee de Forest (1873-1961) was a radio pioneer and the man who invented the vacuum tube. He stated likewise that "To place a man in a multi-stage rocket and project him into the controlling gravitational field of the moon where the passengers can make scientific observations, perhaps land alive, and then return to earth - all that constitutes a wild dream worthy of Jules Verne. I am bold enough to say that such a man-made voyage will never occur regardless of all future advances".
8. Which great scientist had to eat his 1932 words about the possibility of nuclear energy, in the very year the atom was split?

In 1932, while working under the direction of Ernest Rutherford (1871-1937), John Cockcroft (1897-1967) and Ernest Walton (1903-1995) demonstrated successfully that the atom could be split, setting up a chain of energy that had enormous potential. Rutherford himself thought this would be an impossibility, because of the cost involved, and is quoted as saying "We might in these processes obtain very much more energy than the proton supplied, but on the average we could not expect to obtain energy in this way.

It was a very poor and inefficient way of producing energy, and anyone who looked for a source of power in the transformation of the atoms was talking moonshine". Earlier that year, the great Albert Einstein (1879-1955) had voiced a similar opinion when he stated "There is not the slightest indication that nuclear energy will ever be obtainable.

It would mean that the atom would have to be shattered at will". And yet here we are today with energy producing nuclear reactors springing up like mushrooms all about us.
9. Which great movie producer said of television in 1946 that it "won't be able to hold on to any market it captures after the first six months. People will soon get tired of staring at a plywood box every night"?

He produced more than 150 movies in his relatively short life, wrote almost eighty movie scripts, and, having eventually come to terms with television, appeared in almost fifty documentaries and TV series.

The other three directors mentioned above were born either in 1946, or a decade later.
10. Thomas Watson, who was the chairman and CEO of International Business Machines, said in 1943 that there might be a world market for five computers.

Thomas Watson (1874-1956) was a very, very wealthy self-made industrialist and multi-millionaire who oversaw the rise of IBM to the corporate giant it would become. Along the way, he earned himself the nickname of "the greatest salesman in the world". Over the years on his way up to the top, he worked as a schoolteacher (resigning after one day), a bookkeeper, a piano salesman (resignation in indignation when he realised he could earn far more working for commission than a wage), a sewing machine salesman (where his entire rig, including horse and carriage, was stolen and he was sacked), selling shares (where his boss absconded with the funds) and as a butcher (where the business failed). Fascinated by the cash register at that business, he next obtained work with the manufacturers of same where, trained by the founder of the business, the industrialist John Henry Patterson, he was soon earning more than $100 a week.

It was all up from there, leading to his work and chairmanship of IBM from 1911-1956. IBM if you please. When the lumbering mainframe computers first made their appearance in the world, this chairman of the biggest technology company in the world thought that no more than five would ever be sold.
Source: Author Creedy 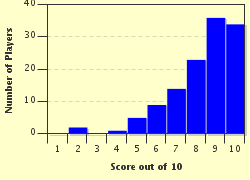 Related Quizzes
This quiz is part of series History Allsorts 2:

Ten more history quizzes on a range of subjects for you. "A people without the knowledge of their past history, origin and culture is like a tree without roots"...Marcus Garvey (No little Johnny, these are not questions about gardens)