Can you match these famous women to their correct married names (although they may not still be married to these husbands)?

Former Spice Girl Victoria Caroline Adams was known as "Posh" Spice. She was born in the United Kingdom in 1974. In 1999 she married former professional soccer player David Beckham to become Victoria Beckham. David played for Manchester United and Real Madrid, among others. Aside from being a mother to Brooklyn, Romeo, Cruz and Harper, Victoria is also an entrepreneur, model, designer and singer.

In fact, after the Spice Girls broke up, Victoria went solo. Her first single, "Out of Your Mind", went as high as number two on the UK Singles Chart.
2. Marie Sklodowska

If the name of scientist Marie Sklowdowska is unfamiliar to you, you may know her by her married name, i.e., Marie Curie (1867-1934). Marie was born in Warsaw, Poland and became a naturalized French citizen at the age of twenty-four. Marie was a physicist and a chemist who married Pierre Curie in 1895.

She discovered the elements radium and polonium (named after the country of her birth). She won Nobel prizes in 1903 for physics and, in 1911, for chemistry. Sadly, her pioneering research on radioactivity was responsible for causing her death.
3. Miranda Lambert

Miranda Leigh Lambert is a country singer and songwriter who was born in Texas in 1983. In addition to her solo career, she is a member of the group Pistol Annies. In 2005 her debut album "Kerosene" went platinum, with four singles reaching the Top 40 on the Billboard Hot Country Songs.

Her fifth album, released in 2014, was, appropriately, called "Platinum". The record won the Grammy Award for Best Country Album. On May 14, 2011, she and country singer Blake Shelton (from "The Voice") were married. On July 20, 2015, the couple announced their split.
4. Shirley Knight

If you are too young for AARP, it is unlikely that you know the name of actress Shirley Knight. Shirley was born in Kansas (I wonder if she knew Dorothy) in 1936. Her career has spanned over six decades and includes appearances in early TV, Broadway, off-Broadway and over 50 feature films from "Sweet Bird of Youth" in 1962 to "As Good as It Gets" in 1997.

When she married British writer John Hopkins (1931-1998) in 1969, she took his name professionally, i.e., Shirley Knight Hopkins. Among her many awards, Shirley won a Tony in 1976, a Golden Globe for Best Supporting Actress in 1996, and four Prime Time Emmy Awards.
5. Katy Perry

If you were not paying attention, you may have missed the marriage of pop singer Katy Perry and British actor Russell Brand. Katheryn Elizabeth Hudson, known professionally as Katy Perry, was married to Brand from 2010 to 2012. Originally, as a teenager, Katy pursued a career in gospel music under her given name, Katy Hudson.

In 2007 she signed with Capitol Records as Katy Perry. In 2008 she became a household name with the hit single "I Kissed a Girl", from her second studio album. Her videos of "Roar" and "Dark Horse" both reached over one billion views.
6. Rebecca Romijn

Born in California in 1972, actress Rebecca Romijn married "Full House" actor John Stamos in 1998, and added his name to her stage name. In 2000, Romijn-Stamos starred as Mystique in the original "X-Men" films. She has also appeared on many TV shows, e.g., "Ugly Betty" and "The Librarians".

In 2005 Stamos and Romijn were divorced and Romijn dropped the hyphen and the surname. In 2007, Rebecca married "Slider" actor Jerry O'Connell. The following year, Jerry and Rebecca had twins Dolly and Charlie.
7. Salma Hayek

Salma Hayek was born in Mexico in 1966. She was a model who became an actress and a producer. In 2003 Hayek was nominated for several major Best Actress Awards for portraying artist Frida Kahlo in the 2002 movie "Frida". She also won a Daytime Emmy Award in 2004 for directing "The Maldonado Miracle", a 2003 TV special aimed at children.

In 2009 Salma married French businessman Francois-Henri Pinault and took on his surname, although her movie credits continue to be in her maiden name. The couple has a daughter, Valentina Paloma Pinault, born in 2007.
8. Robin Wright

Robin Wright was born in Dallas, Texas in 1966. She is an actress and a director. Her first major role was as Kelly Capwell in the soap opera "Santa Barbara". In 1987 she played Buttercup, opposite Cary Elwes, in the wonderful film "The Princess Bride".

In 1994 she was Jenny, Forrest Gump's love interest. Robin married actor Sean Penn in 1996; at that time she changed her billing to 'Robin Wright-Penn'. Robin and Sean had two children, i.e., daughter Dylan and son Hopper. Robin and Sean divorced in 2010, with Robin's new surname being one of the casualties.

In 2014 Robin was awarded a Golden Globe Award for her portrayal of Claire Underwood in the TV cable drama "House of Cards".
9. Kaley Cuoco

Originally Kaley Cuoco played Bridget Hennessey on the TV comedy "8 Simple Rules" from 2002 to 2005. The following year, Kaley went on to play Billie Jenkins on the last year of the supernatural drama "Charmed". Then, in 2007, she won the role of a lifetime, that of Penny on the hit show "The Big Bang Theory".

In 2013, Kaley married former professional tennis player Ryan Sweeting, adding his name to hers. However, the union was short-lived and the marriage (and the hypenated name) was dissolved in 2013. Kaley's character Penny wound up marrying Leonard Hofstadter.

She has also appeared in Priceline commercials as Shatner's daughter.
10. Demitra Gene Guynes

Born Demitra Gene Guynes, in Roswell, New Mexico in 1962, she married rock musician Freddy Moore in 1980 to become the well-known actress Demi Moore. She began her career playing Jackie Templeton on the soap opera "General Hospital". Demi went on to appear in major films like "Ghost" (1990), "A Few Good Men" (1992) and "Indecent Proposal" (1993).

Did you know that actress Farrah Fawcett died on the same day as Michael Jackson? TV and movie star Farrah Fawcett was born in Texas in 1947. The most famous poster girl of the 1980s died on June 25, 2009 from colon cancer. Her death went almost unnoticed in the shade of the Jackson tragedy.

In 1973, actor Lee Majors (Heath Barkley of "The Big Valley") and Farrah were wed. In 1974, she began being billed as Farrah Fawcett-Majors, starting with the film "Logan's Run". She continued to use this as her stage name during her appearances on "The Six Million Dollar Man" (with Majors) and as Jill Monroe on "Charlie's Angels". Farrah dropped the surname around 1980, and Lee Majors in 1982.
12. Jenna Dewan

Jenna Dewan is a dancer and an actress. She was born in Connecticut in 1980. Jenna was originally a back-up dancer for Janet Jackson, and has worked with singers such as Pink and Missy Elliott. She has also appeared in films like "Step Up" (2006) and the TV shows "American Horror Story: Asylum" and "Supergirl" (2016). On July 11, 2009, Jenna married "Magic Mike" actor Channing Tatum.

She now lists herself as Jenna Dewan Tatum (no hyphen needed). On May 31, 2013, Jenna and Channing had a baby girl named Everly Elizabeth Maiselle Tatum.
13. Courteney Cox

"Friends" star Courteney Cox met her husband David Arquette on the set of the 1996 horror movie "Scream", when Courteney played Gale Weathers, and David was Deputy Dewey. They were married in 1999 and had a daughter named Coco in 2004. Courteney first appeared in Bruce Springsteen's video "Dancing in the Dark", and was Alex Keaton's girlfriend on "Family Ties".

She was, of course, the neat-freak Monica Geller, and she also starred on the TV show "Cougar Town". Courteney and David were divorced in 2013, and David remarried in 2015.
14. Amal Alamuddin

International attorney and human rights activist Amal Alamuddin was born in Beirut, Lebanon in 1978. A high profile lawyer on the world stage, Amal met handsome actor George Clooney through mutual friends at a fundraising charity event in Italy in September 2013. Clooney was once married to Talia Balsam from 1989 to 1993.

After his divorce, Clooney became one of the great playboys of the Western World, with what seemed like a new model on his arm every month. Amal was somewhat put off by his reputation, but his clever e-mails and great charm won her over and they were married in 2014.

Not only did Amal NOT hyphenate her name, she dropped her maiden name entirely!
15. Pamela Anderson

Model and actress Pamela Lee was born in Canada in 1967. She appeared as Lisa on "Home Improvement", C.J. Parker on "Baywatch" and as Vallery Irons on "V.I.P.". In February 1990 she was "Playmate of the Month" for Playboy magazine. In 1990, Pamela married heavy metal band Motley Crue's founder and drummer, Tommy Lee, and she was billed under the name Pamela Lee.

They had two sons, Dylan and Brandon Lee. Tommy and Pamela divorced in 1998, and Pamela reverted to her maiden name. Despite subsequent marriages, she continues to be billed as Pamela Anderson.
Source: Author nyirene330 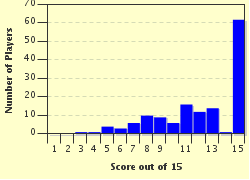