The name James is a biblical name derived from the Hebrew, Jacob. Based on the clue, can you identify these people named James from their various endeavors.

He was given the nickname "catfish" in 1965 by the owner of the Oakland Athletics, Charles O. Finley because he thought the youngster needed a flashy name.
2. Bandleader

James Madison (1751-1836) was the fourth President of the Unites States and was one of the Founding Fathers. He was President from 1809-1817. He played a prominent role in the drafting of the US Constitution and the Bill of Rights.
4. The Philadelphia Story

James Stewart (1908-1997) was an American actor who was nominated for five Academy awards for Best Actor, winning one for his role as Mike Connor in "The Philadelphia Story" (1940). He was also a WWII and Vietnam War veteran and rose to the rank of Brigadier General, the highest ranking actor in military history.
5. British Explorer

James Cook (1728-1779) was a British explorer, navigator and captain in the Royal Navy. He made three voyages to the Pacific Ocean and achieved the first recorded European contact with the Hawaiian Islands, New Zealand and the eastern coastline of Australia. It was his recorded contact with Australia that initiated the first transport of convicts to the country in 1788.
6. British Prime Minister

James Callaghan (1912-2005) was an English politician who was Prime Minister of the United Kingdom from 1976-1979. He was also the first politician to hold
all four of the "Great Offices of State" being Chancellor of the Exchequer, Home Secretary, Foreign Secretary and Prime Minister.
7. Nobel Prize winner

James Watson is an American molecule biologist, geneticist, zoologist ans was a co-founder of the structure of DNA. In 1962 he was awarded the Nobel Prize in Physiology or Medicine. He was awarded the prize together with Francis Crick and Maurice Wilkins.
8. The King of Queens

Kevin James is an American actor, comedian, screenwriter and producer. He has appeared in a number of movies but is well known for his role of Doug Heffernan in the sitcom "The King of Queens (1998-2007). In the TV series he and his wife Carrie are a young working class couple living in Rego Park, Queens, New York. Doug is a driver for a parcel delivery service company and Carrie as a secretary.
9. American outlaw

Jesse James (1847-1882) was an American outlaw, guerrilla, gang leader plus a bank and train robber. Together with his brother, Frank, they were members of the James-Younger gang that robbed stagecoaches, banks and trains. Jesse was killed by his Robert Ford in 1882, who was a member of his own gang. Jesse became a legend of the Wild West after his death.
10. Irish novelist

James Joyce (1882-1941) was an Irish novelist and poet. He is considered one of the most influential authors of the 20th Century and was a contributor to the modernist avant-garde. He best known work is "Ulysses" (1922) which is divided into 18 episodes.
Source: Author zambesi 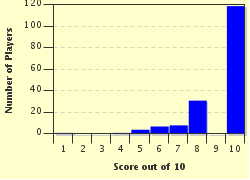 Can you indentify these individuals with First Names from J-W.