Some of the people in the Bible are known by two different names. Can you pair both names correctly?

Simon and Andrew were fishermen who were called by Jesus to be his apostles. Later Jesus gave Simon the new name of Peter which means rock and said that this rock will be the foundation of the church.
2. Jacob

Jacob and Esau were the twin sons of Isaac and Rebekah with Jacob being the younger of the two. He was named Jacob at birth which means 'heel-catcher' since he was born clutching the foot of his older twin. Jacob also has an alternate meaning of deceiver, foreshadowing that he would trick his father into giving him the blessing due to the first born son. Later in his life Jacob wrestles with an angel at Bethel, after which he is given the name Israel.
3. Saul

Saul is a Pharisee in the New Testament who is known for persecuting the Christians in the early part of his life. While on a journey to Damascus, he encounters the resurrected Jesus. This meeting transforms his life and he goes on to become one of the foremost preachers of Christianity. He is known as Paul after his conversion to becoming a follower of Christ.
4. Solomon

The first child born to David and Bathsheba died in infancy as a punishment for their sin of adultery. David then repented and asked God for forgiveness. When their second child was born, the prophet Nathan said God had given the child the name Jedediah which means "friend or beloved of God".

This child was better known as Solomon, and grew up to become David's successor and one of the wisest men who ever lived.
5. Joseph

Joseph was the first son born to Jacob by his loved wife Rachel. He was highly favoured by Jacob causing much resentment among his other brothers. This jealousy eventually caused the brothers to sell Joseph as a slave and a series of events culminated with Pharaoh appointing him as the governor of Egypt. Pharaoh also gave him the name of Zaphenath-Paneah.
6. Tabitha

Dorcas is mentioned in the Acts of the Apostles as a disciple who lived in the city of Joppa. She is also known as Tabitha. Both names mean gazelle - Dorcas in Greek and Tabitha in Aramaic. She was raised from the dead by Peter.
7. Naomi

Naomi had moved to Moab from Judea along with her husband and two sons due to a famine in the region. Her sons ended up marrying women from the area while they lived there. Naomi's husband and two sons all died in Moab leaving her alone in a foreign land with two widowed daughters-in-law.

She then decided to return to her home in Bethlehem, after saying she would change her name to Mara (meaning bitter) to reflect the bitterness and desolation in her life.
8. Daniel

The name Daniel means 'God is my judge'. This Biblical character, featured in a book named after him, was taken into captivity along with all the other Israelites by King Nebuchadnezzar of Babylon. Daniel earned favour with the kings he served due to his wisdom and ability to interpret dreams.

When Daniel was chosen to serve in the king's court he was also given the new name of Belteshazzar.
9. Hoshea

When Hoshea, the son of Nun, was called by Moses, he was given the new name of Joshua. Moses appointed Joshua as his successor to lead the Israelites into the Promised Land.
10. Esther

Esther was originally known as Hadassah. She was an orphan who was raised by her cousin Mordecai. When King Ahasuerus deposed his wife Vashti, angered by her refusal to obey his commands, he ended up choosing Esther to replace her. Later Esther risked her own life to save the lives of all her people from the plans of a wicked minister named Hamaan. Esther is one of only two women to have a book named after her in the Bible followed by the Protestants.

The other woman is Ruth.
Source: Author zorba_scank 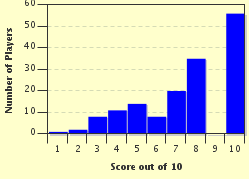