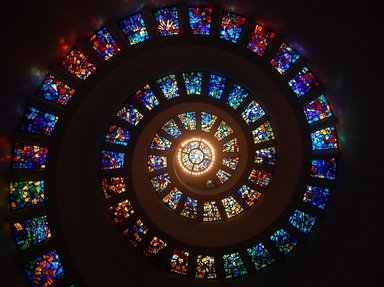 Have you ever noticed how certain numbers occur in religions? Try this little quiz and see what I mean. Good Luck and as ever enjoy.

Share on Facebook
Share on Twitter
Share by E-Mail
Author
Fiachra
Time
3 mins
Type
Multiple Choice
Quiz #
176,333
Updated
Dec 03 21
# Qns
10
Difficulty
Average
Avg Score
6 / 10
Plays
2059
This quiz has 2 formats: you can play it as a or as shown below.
Scroll down to the bottom for the answer key.

Quiz Answer Key and Fun Facts
1. According to the Book of Exodus 20:2-17 how many Commandments did God give to Moses?

In Saint Matthew's Gospel 22: 35-40 Jesus identified the two most important: love God and love thy neighbour. What a tragedy so many have forgotten.
2. How many tribes were in Israel according to the Book of Genesis (Chapter 35)?

Jacob had twelve sons and the tribes were called after them. The eldest was Reuben and the youngest was Benjamin.
3. What number connects these things: sacraments in the Catholic Church, Champions of Christendom, deadly sins?

The seven champions of Christendom are Saints Andrew, Anthony, David, Denis, George, James and Patrick.
4. In the teachings of Islam, one of the pillars is Zakat. Which of these principles describes Zakat?

Giving alms is called Zakat in the Qu'ran 11:51 and is often numbered as the third Pillar of Islam. A basic principle of Islam is that all wealth belongs to God and is held in trust by mankind so a certain portion must be set aside for the poor.
5. In the Book of Exodus 7-11 how many plagues befell Egypt?

Water turned to blood, frogs, lice/fleas, swarms of flies, cattle died, boils and sores, hail, locusts, darkness and death of the firstborn.
6. Who wrote letters to the seven churches of Asia Minor?

These are found in the Book of Revelation, the last book of the New Testament. John was exiled on the island of Patmos and wrote letters to the churches in Ephesus, Pergamum, Sardis, Laodicea, Smyrna, Thyatira and Philadelphia. (All these cities are in modern Turkey, attaman.com).

Some scholars believe that this was the same John who wrote the Gospel of John, but this is not universally agreed.
7. At Easter time how many stations of the cross are commemorated by Catholics?

The four Last Things are death, judgment, heaven and hell.
9. According to Buddhist belief how many steps must be followed in the path to break the cycle of birth and death?

This quiz was reviewed by FunTrivia editor ArleneRimmer before going online.
Any errors found in FunTrivia content are routinely corrected through our feedback system.
Most Recent Scores
Dec 09 2022 : Guest 94: 2/10
Oct 28 2022 : Guest 122: 6/10 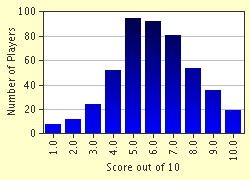 Related Quizzes
1. All We Have to Do is Open Our Eyes Very Easy
2. The Winds of Faith Average
3. Arizona and Religion: 1912-2012 Average
4. Give Me an M Average
5. Religious Relics Average
6. Hoodoo - You Do Average
7. Little Black Project: Piceous Powers Average
8. Colour me Purple Part 8 - Purple in Religion Average
9. A Land Flowing With Milk and Honey Average
10. Darkness Visible Average
11. I Believe in Three Average
12. Sacred Cows Average