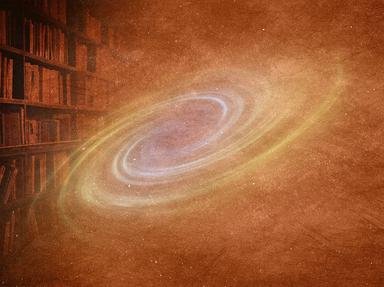 If you think science started in the times of Einstein, Newton, or Leonardo, think again! Those were some important eras, but the history of science includes other developments that were just as key in bringing harmony and order out of chaos.

Quiz Answer Key and Fun Facts
1. Which civilization is regarded as the first to have a functional theory of the planets?

"The Venus Tablet of Ammisaduqa," named for a post-Hammurabi king and dated in the first millennium BC, is a cuneiform tablet that records observations of the planet Venus, primarily its rising and setting. Some interpretations place these sightings as far back as the 17th and 18th centuries BC.

The early Chinese were certainly keen chroniclers of the heavens, but these observations, dated in the 13th to 14th centuries BC, were more generally of stars and constellations. Similarly, the Egyptians extensively studied the stars as far back as the third millennium BC and used their positioning to predict the flooding of the Nile and in the constuction of the pyramids and great temples. All of these studies laid the groundwork for the Ptolemaic Era of astronomy, which synthesized their work into foundational texts on modern astronomy.
2. The ancient Egyptians understood how to calculate the volume of a cylinder.

The development of geometry in Ancient Egypt through the period of 3000 to 300 BC seemed to coincide with the Egyptians' use of the science in construction, agriculture, and commerce. As shown by hieroglyphic writings in various historical papyri, including the "Moscow Mathematical Papyrus" (1850BC) and the "Rhind Mathematical Papyrus" (1650BC), the Egyptians understood how to calculate the areas of triangles, rectangles, and circles, and how to find the volumes of rectangular, pyramidal, and circular granaries.

In working with circles, the Egyptians had a working knowledge of the constant pi, although it was centuries before that constant was formally calculated and named.
3. The first use of the concept of the "brain" was found in a medical text written in which language?

The "Edwin Smith Papyrus," dated from 1500BC in Ancient Egypt, is regarded as the first document to describe a scientific, rather than magical, approach to medicine; as such it is an early text in medical practice. It chronicles 48 case studies drawn from trauma and surgery and details the examination, diagnosis, treatment, and prognosis of each situation.

It describes treatments for injuries to the head, neck, arms, and torso in descending anatomical order, and uses such observations as visual and olfactory examination, palpation, and pulse-taking. Such measures as bandaging, splinting, and suturing wounds, using honey to prevent or combat infection, and controlling bleeding with raw meat are described.

The document contains the first known references to cranial structures, the brain, and cerebrospinal fluid; and it recognizes that injuries to the brain may affect other parts of the body, as in paralysis.

This document shows a sophistication in the practice of medicine far superior to that of the era of Hippocrates, which came a millennium later.
4. Many ancient civilizations worked with a calendar system. One of these civilizations, located in present-day Central America, worked with elements like the "Tzolkin" and the "Haab". Which civilization is this?

The Mayan calendar has been traced back to around the 5th century BC. It works with different cycles. The first, the "Tzolkin," is the Mayan Sacred Round, or 260-day calendar. The "Tzolkin" is comprised of 20 named days, known as the veintena, in a cycle of 13 known as the trecena.

This makes 260 days in total. Another cycle, the "Haab," or solar calendar, has 18 months of 20 days, with five extra days at the end, forming a cycle of 52 "Haab," a Calendar Round.
5. There was no meaningful study of the categorization of plants prior to 1753.

The Ancient Greeks made great contributions to the development and understanding of botany. As a geographical and trade center in the Mediterranean as far back as the 6th century BC, the area was key in combining knowledge from Egypt and Mesopotamia with their own.

The Greeks were among the first to sort plants by their morphology, as described by Theophrastus in his "Historia Plantarum" ("Enquiry into Plants"), dated to the 4th century BC. His work was almost certainly informed by that of his teacher, Aristotle - although the specifics of Aristotle's contributions to botany are lost - and on the travels of another pupil of Aristotle's, Alexander the Great.

The Greeks studied plants according to their location, reproduction, practical uses, cultivation, and growth media.
6. What artifact of Ancient India was a forerunner of modern stainless steel?


Answer: The Iron Pillar of Delhi

Considered one of the earliest relics of metallurgy, the Iron Pillar of Delhi has withstood corrosion for over 1600 years. Constructed in about 400 AD in the reign of Kumaragupta I, it is a testament to the skill of Ancient Indian ironworkers, whose early discovery of the crucible led to refinements in early steel production.

The significance of the Iron Pillar is that its metallic content, combined with the action of the Indian climate, resulted in a protective layer which did not react to the environment; namely, it did not rust.

This principle is the same as was followed in the fabrication of stainless steel in the late 19th and early 20th centuries.
7. Ancient Roman civilization is particularly associated with a type of construction, many examples of which survive to this day, devised to transport water to the cities. What is the construction called?

As cities sprang up in the ancient world, it often became necessary to find additional sources of water, either because local supplies were inadequate or because they had become tainted by the pollution of civilization. Aqueducts were built in several ancient civilizations, although the Romans are particularly credited with building them.

These "water roads" transported additional fresh water from a remote source, often springs, over a network of arched constructions, requiring the interplay of the scientific fields of geography, geology, architecture, and engineering. One of the first aqueducts in the city of Rome was the 16-km Aqua Appia, which was built by Appius Claudius Caecus in 312 BC. Aqueduct construction spread throughout the Roman Empire and many of these works can be still be seen, such as those in Segovia, Spain and Nimes, France.
8. The mixture of charcoal, potassium nitrate, and sulfur, which changed forever the science of warfare, was likely invented by which culture in the 9th century?

Gunpowder is believed to have been invented in 9th-century China. The earliest written account of the substance dates to the 11th-century Chinese text, the "Wujing Zongyao." This discovery was used in gunpowder weapons as well as in fireworks and permanently changed the science of warfare and ballistics.

The first mention of gunpowder in Europe was in texts written by Roger Bacon dated from the 13th century. The Chinese used gunpowder to make early grenades and rockets, which they used with great success in battles against the Mongols and Japan. Gunpowder uses charcoal and sulfur as fuels while using potassium nitrate as an oxidizing agent.
9. Robert Hooke was a true jack-of-all-trades scientist, with research into mathematics, chemistry, physics, and astronomy. His 1665 publication "Micrographia" explored his observations through a microscope. Which physiological term did Hooke coin in this work?

Through the science of microscopy, Hooke was able to observe individual cells in plants and animals. He chose the name "cells" because of their resemblance to the cells in which monks lived in a monastery. As a member and Curator of the Royal Society (of London for Improving Natural Knowledge), Hooke published "Micrographia" through them.

It was one of the earliest publications by the Royal Society (founded in 1660), and it became a bestseller - something unheard of in a scientific text. Hooke's observations led to much public interest in microscopy, and became the foundation of many amazing scientific advances.
10. Invented in 1800, the Voltaic pile is one of the first examples of which world-changing invention?

Credited to Alessandro Volta, the Voltaic pile was a series of alternating copper and zinc electrodes separated by cloth soaked in brine. This development led to a cascade of discoveries, including the process of electrolysis and the elements sodium, potassium, calcium, and boron. Batteries helped the world move forward and headlong into the Industrial Revolution and provided much of its electrical power until the invention of the electrical generator in 1870.
Source: Author shorthumbz 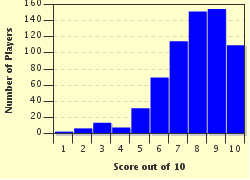