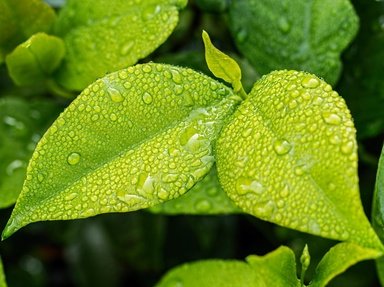 This quiz is about the many plants belonging to the wildflower family. All of them are in North America.

Quiz Answer Key and Fun Facts
1. This wildflower has been used to treat dyspepsia, skin eruptions, and hemorrhage, and also a yellow dye and an insect repellent.

Lewis and Clark described Goldenseal to Thomas Jefferson as a 'sovereign remedy for sore eyes.'
2. Algonquin Indians used it as a source of dye and applied it to their bodies and faces as ceremonial paint.

They called it 'puccoon'.
3. The ancient Indians of Mexico and Texas called these soft cacti 'mezcal'.

Their use is now illegal except as part of the religious rites of the Native American Church.
4. This flower got its name because it was a dietary staple of the forty-niners in California's gold rush days.

The entire plant is edible and flavorsome.
5. The roots of this plant were the original source of the gummy confection now made from sugar, gelatin, and other ingredients.

Its original use was medicinal--as a laxative and as a treatment for sore throat.
6. Growing almost everywhere in the world where fresh water runs, its leaves and stems are prized for salads and fresh greens.

It must be washed carefully before being {eaten;} it can survive in polluted water, and its leaves are a favored browsing place for tiny snails and water insects.
7. To which group do Fivefingers belong?

Of the world's more than 300 cinquefoil species, about one third grow in North America.
8. To which group does the Texas Bluebonnet belong?

Some species contain an alkaloid that is toxic to cattle and other grazing animals.
9. Which type of clover is the state flower of Vermont?

Roots, stems, and leaves are all edible, but should be soaked in salted water or cooked briefly to make them more digestible.
10. Both the Chinese and Native American word for this plant mean 'manlike'.

The Chinese called it 'jen-shen' and the American Indians called it 'garantoquen'.
11. The world's only species of this wildflower appears to be a tennis ball half-buried in the sand, covered in tiny purple flowers.

The Sandfood does not contain chlorophyll and does not manufacture its own food. Instead, it draws sustenance from the root of a host plant through its own parasitic roots.
12. The scaly stems of these members of the cancerroot family look somewhat like clusters of pine cones standing on end.

The soft, yellow scales, which are actually modified leaves, turn hard and brown after the flowers have faded.
13. The dry fruits of this plant are often called devil's claws.

Early in their development, the fruits are green and fleshy, with a single unicornlike 'horn' at the end.
14. This flower's name is from the Greek word for star.

There are nearly 600 species of this popular garden flower.
15. Which group does the Black-eyed Susan belong to?

Maryland's state flower.
16. This wildflower contains a chemical that speeds the formation of blood clots.

This attribute is said to have been discovered by the Greek hero Achilles.
17. These are sometimes called wild opium because the milky sap of the older leaves resembles that of the Opium Poppy?.

It is not a narcotic, but it does contain a bitter toxin that taints the milk of cows.
18. In fall and winter, the starchy rhizomes of this plant can be peeled and cooked like potatoes or dried and pounded into flour.

The leaves are not edible, but they have been woven into mats, chair seats, baskets, and even roofs.
19. So intense is the heat generated within the developing floral sheath of this plant in late winter that it thaws the frozen earth and melts a circle in the snow.

Flies and gnats are attracted by its fetid odor.
20. These plants attach themselves to trees for support but take no direct nourishment form their hosts.

Despite its evil reputation, it is not parasitic.
21. Several of this species were once used to ease chills, fevers, and the pains of colic.

The effectiveness of these folk remedies was probably owed to the strong whiskey or brandy with which the powdered root was mixed rather than to the root itself.
22. Before the Mormon pioneers succeeded in making the desert around the Great Salt Lake productive, they lived in part on the bulbs of these lilies.

Just as the Utes and Paiutes had been doing for centuries.
23. The fragrant flowers of this wildflower nestle at ground level, amid a rosette of grasslike leaves.

The stalks are underground, springing directly from the fleshy rootstock.
24. Except for a yellow spot on the lip of each flower, this group's one species is ghostly white.

The only North American orchid that is completely devoid of chlorophyll.
25. In the center of each blossom is a structure that looks like a salt shaker.

It is filled with seeds that can remain viable for centuries.
Source: Author Morrigan716

This quiz was reviewed by FunTrivia editor crisw before going online.
Any errors found in FunTrivia content are routinely corrected through our feedback system.
Most Recent Scores
Dec 13 2022 : Guest 72: 19/25
Dec 13 2022 : tornadosteve: 25/25 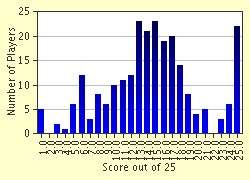 
Other Destinations
Explore Other Quizzes by Morrigan716