Try this quiz and test your knowledge on past Super Bowls!

Quiz Answer Key and Fun Facts
1. Who scored the first points in Super Bowl I?

Max McGee caught a 37-yard pass from Bart Star in the first quarter of Super Bowl I.
2. Which AFL team was the first to win the Super Bowl?

The NY Jets won Super Bowl III, beating the Baltimore Colts 16-7. Joe Namath made his famous prediction that the Jets were going to win.
3. Who was the first team to go to three Super Bowls in a row?

Miami first went to the Super Bowl VI.
4. Fran Tarkenton of the Minnesota Vikings was sacked for the first Super Bowl safety in Super Bowl IX. Who was the Pittsburgh Steeler defensive player who sacked Tarkenton?

The safety was the only score in the first half. Pittsburgh went on to win the game 16-6.
5. Who was the running back for the LA Raiders, who had a 74 yard run for a touchdown in Super Bowl XVIII?

The Raiders went on to beat the Washington Redskin 38-9.
6. The Chicago Bears defeated the New England Patriots 46-10 in Super Bowl XX. Walter Payton had 61 yards rushing. How many touchdowns did Payton have?

Payton did not score a touchdown. Matt Suhey rushed for one, McMahon had two, and William (the refrigerator) Perry had one.
7. In Super Bowl XXII, the Washington Redskin defeated the Denver Broncos 42-10. Who was the QB for the Redskin that was also named Super Bowl MVP?

Williams threw for 340 yards and 4 touchdowns. The Redskins scored 35 points in the second quarter.
8. Joe Montana threw for 297 yards and 5 touchdowns for his last Super Bowl ring in Super Bowl XXIV. Who did the San Francisco 49ers defeat?

Howard was the MVP by having a total of 244 yard in returns, including a 99 yard return for a touchdown in the 3rd quarter.
10. The New England Patriots defeated the St. Louis Rams 20-17 in Super Bowl XXXVI, on a field goal with time running out. Who kicked the winning field goal? 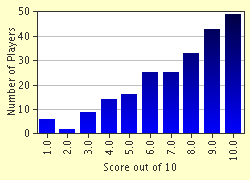 
Other Destinations
Explore Other Quizzes by bigedd919