Here are some questions regarding quarterbacks who have started and won at least two Super Bowls. How many can you identify?

Starr was Super Bowl quarterback for the Green Bay Packers in 1967 and again in 1968. He won the MVP both times.
2. This former Heisman Trophy winner had the longest wait between win number 1 and number 2, having quarterbacked the winner in 1972 and again in 1978.

After finishing his career at the Naval Academy in 1965, Staubach served four years in the Navy including one tour of duty in Vietnam. He joined the Cowboys in 1969, playing behind Craig Morton until he was made the starter in 1972.
3. This Super Bowl quarterback went to the big game 3 years in a row from 1972-1974, but he came away a winner in 1973 and 1974.

Griese was the first quarterback to have been the quarterback a team with a perfect season capped off by a win in the Super Bowl.
4. This quarterback played for a team that put together one of the most dominant performances in a decade by winning four Super Bowls in six years. This player was behind center for all four wins.

Montana's 49ers won it all in 1982, 1985, 1989, and 1990. Simms' Giants made it to the big game twice and won, but a late season injury sidelined him for the 1991 game against Buffalo. Simms set a record for the highest completion percentage by a starting quarterback in the Super Bowl, going 22 of 25 in 1987.
6. This Stanford Alum overcame a lot of hardship in his life and career before finally leading his team to Super Bowl victories in 1981 and 1984.

Plunkett's father was afflicted with progressive blindness when Jim was a child. This made supporting his family a struggle and Jim had to work a number of odd jobs growing up to help out. At Stanford, he played so poorly in his freshman year that the coach wanted to make him a defensive end. Jim persevered and won a Heisman Trophy.

As a pro after a promising start with the Patriots, injuries and inconsistent play had him bouncing around the NFL until he landed as a back up with Raiders. He came off the bench in relief of an injured Dan Pastorini to lead the Raiders to the playoffs and the first Wild Card to win the Super Bowl in 1981.
7. This quarterback led one of the most dominant teams of the 1990s winning Super Bowls in 1993, 1994, and 1996.

Aikman played one year for one of his future NFL coaches Barry Switzer at Oklahoma. After an injury forced him out of the starting lineup on a Sooner team that ultimately won the National Championship in 1985, he transfered to UCLA in 1986 and was the number one pick in the 1989 draft.
8. After much criticism for having quarterbacked three previous losing efforts in the Super Bowl, he finally broke through and won in 1998 and 1999.

Elway's Broncos lost in 1987 and 1989. It took 10 more seasons for Elway and the Broncos to make it back and win. The longest break between appearances for a quarterback starting in the Super Bowl. Jim Kelly's Bills made it to the Super Bowl an astonishing four consecutive years, something no other team has ever done. Unfortunately they lost all four times, making Kelly the quarterback with most Super Bowl appearances without a win.
9. After getting a chance to play late in the 2001 season following an injury to the regular starter, he didn't relinquish his spot until he had led his team to six Super Bowl appearances and four wins over the next sixteen years. Who was this?

Kurt Warner was the first quarterback to have thrown for more than 400 yards in a Super Bowl, and his appearances were the top three performances by a quarterback in passing yards in Super Bowl history.
Source: Author miners 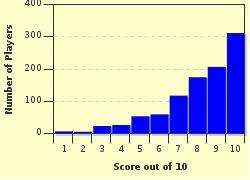 
Other Destinations
Explore Other Quizzes by miners