This quiz will test to see how well you remember which teams played against each other in a particular Super Bowl.

Quiz Answer Key and Fun Facts
1. Which of the following two teams competed in Super Bowl I?

Green Bay defeated Kansas City in the very first Super Bowl 35-10.
2. Which of the following Super Bowls were decided by 1 point?

This was the first Super Bowl victory for Chicago, one of the oldest franchises in professional football.
4. Cincinnati was defeated in both Super Bowl XVI and XXIII. The Bengals lost to the same team in both of these games. Which of the following teams defeated Cincinnati?

Washington defeated Miami 27-17 on January 30, 1983, to win their first NFL championship. This was the 2nd time Miami lost in a Super Bowl, as they lost to Dallas in Super Bowl VI 24-3.
6. The first Super Bowl appearance by the Tennessee Titans was one they would like to forget, as they lost 23-16. Which team was victorious in that Super Bowl?

The St. Louis Rams won one of the most exciting Super Bowls in history in their first appearance in the "Big Game" in January 2000 (Super Bowl XXXIV). Titans fans will remember their team coming up one yard short from a possible tying touchdown as time expired, giving the Rams the victory.
7. A rarity in sports, but Joe Namath proved the critics wrong by saying he guaranteed a victory in the Super Bowl. His NY Jets defeated the Baltimore Colts 16-7 in that game. Which Super Bowl did this bold prediction occur in?

Broadway Joe reigned supreme and silenced his critics when the Jets defeat the Colts in Super Bowl III. This was the first NFL championship for the NY Jets.
8. The Dallas Cowboys won three Super Bowls in the 1990s. In those three games they defeated two different teams. Which of the following sets of teams did the Cowboys defeat?

Pittsburgh was victorious in all four of their Super Bowl appearances, with two of them against the Cowboys.
10. One of the most storied franchises in football history is the Raiders. They won their first Super Bowl on Janurary 9, 1977, in Super Bowl XI. Which team lost in that game?

Oakland defeated Minnesota 32-14 in that Super Bowl matchup. Unfortunately for the Vikings, it was their fourth loss in a Super Bowl, as they also lost in Super Bowls IV, VIII, and IX.
Source: Author rxdude22 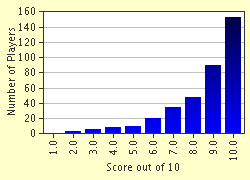 
Other Destinations
Explore Other Quizzes by rxdude22