The Miracle Mets of 1969 Trivia Quiz

For a team that never finished above 9th place in their history, the 1969 Mets did pretty well, winning the World Series that year. How much do you know about them. Let's find out. Good luck.

Quiz Answer Key and Fun Facts
1. The 1969 Mets had a very formidable pitching staff which was the strength of the team. For the third year in a row, they inserted a rookie into the starting rotation as a mainstay of the staff. Who was the 1969 rookie pitcher who threw 233 innings that year?

Gentry won 13 games as a rookie in 1969 and pitched to a 3.43 ERA. He was the winning pitcher in the division-clinching game that season, posting a 6-0 shutout to the St. Louis Cardinals. He pitched for the Mets through the 1972 season, before being traded to the Atlanta Braves. He developed arm trouble and was out of baseball by 1975.
2. The manager of the team was in his second year in New York, but was no stranger to the city. He had played for one of the New York teams during his career, and the Mets actually had to trade a player to get him as their manager. Who was he?

All four had managed the team at some point, but it was Hodges who came over from the Washington Senators after the 1967 season. The Mets sent a pitcher named Bill Denehy to the Senators as compensation. Hodges was a hero in New York, being part of the World Champion 1955 Brooklyn Dodgers.

He also played for the Mets at the end of his career in 1962 and 1963. Hodges is seen as one of the best managers in Mets history, although his tenure was brief, he died of a heart attack in the spring of 1972.
3. The player who caught the last batted ball of the 1969 World Series was also the player who led the team in hitting that year with a .340 batting average, although he was only a lifetime .281 hitter. Who had this career season?

Cleon first came to the Mets for a brief period in 1963, and became part of the team permanently in 1965. He became a full-time player midway through the 1968 season and ended up hitting .297. He broke out though in 1969. He was a line drive gap-hitter, so the power numbers were not there, but he was an above average outfielder with good speed.

In a strange way, he is considered to be responsible for the Mets' surge in 1969. While playing the outfield on July 30, a batted ball was hit to him in left field and he loafed after it, allowing the batter to take an extra base. Manager Hodges came out of the dugout and slowly walked to left field to speak with Jones, and removed him from the game for lack of hustle.

He slowly walked off the field with the manager. Hodges proved his point. Jones, and the rest of the team hustled on every play throughout the rest of the season, and the result was a World Championship. Just as an aside, the oddity of Cleon catching the last batted ball of the Series was that it was hit by Davey Johnson, who would be the manager for their next World Championship in 1986.
4. This future Hall Of Fame pitcher led the team in victories with 25 and went on to win the Cy Young award that year. It would be the first of three times in his career wo win the Cy Young. Who was this?

Seaver had come to the Mets in 1967, strictly by luck. After being signed by the Atlanta Braves, the baseball commissioner ruled the contract invalid due to a technicality. Other teams were allowed to match the Braves contract, and amazingly only 3 other teams were willing to match the offer.

In a lottery drawing among the Mets, Philadelphia Phillies, and Cleveland Indians, Seaver's rights were awarded to New York. Seaver pitched for the Mets until 1976, when he was traded to the Cincinnati Reds.

He amassed 311 career victories, and was a first ballot Hall Of Famer in 1992.
5. The Mets' regular centerfielder that season led the team in both home runs with 26, and RBIs with 76. He came to the forefront in the World Series more for his defense than his bat. Who was he?

Agee had been acquired before the start of the 1968 season by the Mets, in exchange for outfielder Tommy Davis and pitcher Jack Fisher as part of a multi-player deal. He had been 1966 American League Rookie Of The Year, but his 1967 numbers were disappointing and the White Sox traded him to New York.

His career waned after 1972, and he was out of baseball after the 1973 season. He died of a heart attack in 2001 at age 58.
6. The team was missing something midway through the season, so at the trading deadline which was June 15 in those days, the Mets acquired a power hitting threat for the middle of their lineup. He went on to be a key cog in their World Series championship. Who was he?

Clendenon was a part-time first baseman for the Pittsburgh Pirates, who ended up on the Montreal Expos roster in the expansion draft of 1969. After refusing a trade to Houston in May, the Mets acquired him for four players at the trading deadline. He hit 12 home runs for the Mets in the second half of the season, and was the power threat they needed to make their lineup look more formidable.

His power came to light in the World Series, where he hit 3 home runs, and was named World Series MVP.
7. This fireballing righthander could not crack the Mets starting rotation in 1969, although he was given an occasional start. He spent two more years with the Mets before being traded to an American League team. Who was this hard thrower?

Ryan had been around the Mets as early as 1966, and was the second youngest player in the National League that year. He had a great arm, but was plagued by control problems. He came to the Mets for good in 1968. In 1969, he was used mostly in relief with an occasional start, and threw only 89 innings in the regular season.

He struck out 92 batters, a portent of things to come. In the 1969 NLCS he pitched seven innings of relief in Game 3 to get the win, and he pitched 2-1/3 innings of relief to get a save in Game 3 of the World Series. Remarkably this was the only World Series appearance of his 27-year career. Even more remarkably, the Mets gave up on Ryan after the 1971 season. Ryan said he was unhappy in New York, and in one of the most lopsided deals in Major League history, he was dealt as part of a 4-for-1 trade to the California Angels for Jim Fregosi. Believe it or not, the Mets were the ones that gave up Ryan plus 3 more players. Ryan went on to strike out more batters than anyone in baseball history, and was inducted into the Hall Of Fame in 1999.
8. On September 15, 1969, the Mets faced the St. Louis Cardinals and lefty Steve Carlton. Carlton struck out 19 batters that night but still lost the game 4-3. How did he lose the game?

Swoboda, who hit a total of 9 home runs for the season, epitomized the pre-1969 Mets. He had some talent, just not enough it seemed for high caliber Major League play. That night he hit a pair of home runs and also struck out twice. Swoboda was known more for his iron glove, although he did occasionally show flashes of power.

The highlight of his career came in Game 4 of the 1969 series when he made one of the most spectacular catches in World Series history. With runners on base and the Mets leading 1-0 in the 9th inning, Brooks Robinson hit a sinking line drive to right field. Swoboda charged the ball and left his feet, diving and catching the ball inches from the ground.

The tying run scored on the play, but if not for the catch, the Mets may have well lost the game, which they wound up winning in the 10th inning.
9. The Mets were 9-1/2 games out of first place on August 12. They went on an amazing 37-11 run to finish the season at 100 wins and 62 losses, a full eight games ahead of their closest division rival who they passed earlier in September. Which team was it that lost that big divisional lead?

The Cubs led the division for most of the season. In fact, the Mets were a paltry 18-23 for their first 41 games before going on a 10-game winning streak in late May. After that they played to a .678 winning percentage (82-39) for the rest of the season.

The Mets took over first place from the Cubs in an early September series at New York's Shea Stadium. A memorable moment occurred during one of the games where a black cat entered the field and walked to the Chicago Cubs dugout. He stood in front of it for a moment as the team watched it, and them scampered away.

This seemingly put the bad luck curse on the Cubs, who lost the 3 game series to the Mets, and ultimately first place as well.
10. The Mets went to the World Series after sweeping the Atlanta Braves in the NLCS. They won the World Series four games to one over the powerhouses of the American League, the Baltimore Orioles. Which game was the only one the Baltimore won in the series?

The Orioles won Game 1 with Mike Cuellar besting Tom Seaver 4-1. The Mets then went on to win four straight games, with Jerry Koosman beating Dave McNally 2-1 in Game 2 at Baltimore. Then in Game 3 at Shea Stadium, New York won by the score of 5-0. This was the game where Tommie Agee made the two spectacular catches and hit a home run. Gary Gentry bested Jim Palmer in this one also. Game 4 was won by the Mets 2-1 in 10 innings.

This was the game where Ron Swoboda made the game-saving catch. Seaver was the winning pitcher in this game, going the full 10 innings. Game 5 was won by the Mets 5-3.

The Mets came from three runs down on home runs by Donn Clendenon and Al Weis, and a double by Ron Swoboda which drove in the go ahead run. Koosman won his second game of the series. So, the Mets win four games to one. What a season!
Source: Author fredsixties 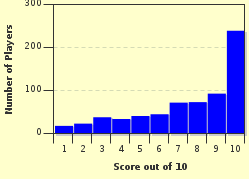