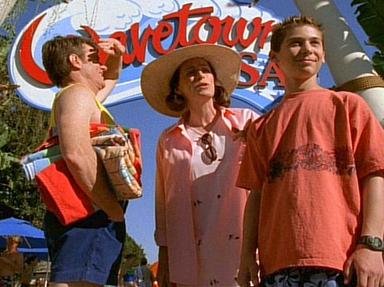 As I couldn't find a general quiz on this great TV show, I decided to write one. Enjoy!

A multiple-choice quiz by Fi B. Estimated time: 2 mins.

That one should have been pretty easy. He was also in the 2002 movie "Big Fat Liar" with Amanda Bynes.
2. What is the name of Malcolm's mother?

Lois is played by Jane Kaczmarek, who has also voiced a judge on "The Simpsons". She was also the mother in "Pleasantville" with Reese Witherspoon and Tobey Maguire.
3. What is the name of Malcolm's dad?

He is played by Bryan Cranston. Craig is Lois's boss at work (the Lucky Aide grocery store). Dewey and Reese are Malcolm's brothers.
4. What is the name of Malcolm's eldest brother?

Francis is played by Christopher Kennedy Masterson, and his brother plays Steven Hyde on "That 70s Show".
5. Who is Malcolm's second-oldest brother?

Reese is played by Justin Berfield. He is slightly older than Malcolm.
6. Who is Malcolm's younger brother (he's about 6 or 7 years younger)?

He's played by Erik Per Sullivan. He was the little Joe Dirt in the movie "Joe Dirt".
7. What is the name of Lois' boss/co-worker at the Lucky Aide?

Played by David Anthony Higgins, he is rather fat and a bit of a loser. He loves Lois but spends his time alone at home with his cats.
8. What is the name of Francis's wife?

Emy Coligado plays the Native American Indian. Francis married her when he was living in Alaska. Then they moved to Otto's farm where Francis started working.
9. Malcolm has a friend in a wheelchair. What's his name?

Stevie is played by Craig Lamar Traylor, and speaks really slowly. He is smart and was in the Krelboyne class with Malcolm at primary school.
10. Who sings the "Malcolm in the Middle" theme song, "Boss of Me"?

'Yes, no, maybe, I don't know, can you repeat the question?'. They Might Be Giants have released albums such as "Flood", "Apollo 18", "John Henry", and "Factory Showroom". Hope you enjoyed my quiz!
Source: Author Fi B 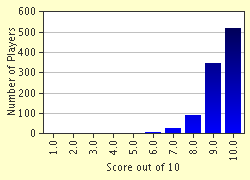 More Malcolm In The Middle Quizzes