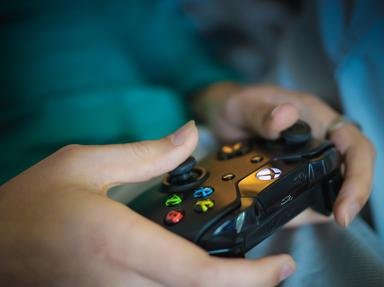 This quiz is about the Xbox 360 version of the game. (The title is spelled 'Noire' in the game, although the term in film and literature is usually spelled 'Noir.') Warning- possible spoilers. Hope you enjoy this quiz. Thanks.

Quiz Answer Key and Fun Facts
1. The main character is Officer Cole Phelps. What did he do before he joined the police department?


Answer: He was in the Marine Corps

Phelps served in World War II. Throughout the game, we see many flashbacks to his time in Okinawa. If you pick up special newspapers placed at different points, you can see clips which will fill you in on events and motivations in the characters' lives.
2. Throughout the game, Cole will see many aspects of service in the police department. What is the first section to which he is assigned in the game?

In this area of the game, Cole must learn how to collect evidence. One helpful tactic is to lift an item, then rotate the left stick of the controller. If there is something unique about the object, such as a company name etched on it, or distinguishing marks, this will make the camera zoom in.
3. The game is set in 1947. You can see many Los Angeles landmarks from that time as you make your way around the city. Which one of these places is *not* one of the ones you will see in the course of the story?

You can collect an achievement in the game by visiting all of the landmarks. The Rose Bowl, a popular stadium for sporting events and concerts, was built in the 1920s. However, for some reason, the game designers didn't make it a place you can visit in this game.
4. In the course of the game, you will often have to use a phone. When you make a call, someone from a particular office will answer. What section of the police department is it?

The game takes place long before the days of cell phones. Phelps can't make a call from a personal phone or one in the car- there aren't any. You can find 'game well' phones on some public streets. Alternatively, if you go to a character's house, after you interview the person, you may find a phone indoors.
5. What real-life figure of organized crime appears as a character in the game?

In the game, Cohen is involved in a morphine distribution ring. In reality, Cohen was a powerful figure of crime in New York, Las Vegas and Los Angeles, and served four years in prison for tax evasion. He died in 1976 of natural causes.
6. What is the name of the housing development seen in the Arson cases?

The name Elysian Fields is a reference to the concept of the afterlife in Greek mythology. Elysium is where the virtuous went after they died. In the game, the neighborhood was designed as a place for veterans of the military to settle, after the end of World War II.
7. Who is the Captain of the Homicide department?

As with the captains of other departments, Donnelly provides key information before the detectives start each case. He tolerates no sloppiness, but does not hesitate to praise his subordinates after they solve a particularly difficult case.
8. What is the name of the jazz club seen several times in the game?

The original music in the game was also released as a soundtrack album. The score was composed by Andrew and Simon Hale.
9. In which case did the victim die from having been hit by a car?


Answer: A Marriage Made in Heaven

In this case, as with several others, you will have to visit the city morgue. The coroner helps inform you about the victim's injuries.
10. In the final case, "A Different Kind of War," Phelps learns that the suspect has taken a hostage and run off. Where is the hiding place?

A harrowing chase ensues. Phelps must endure the betrayal of a friend, as well as deal with the knowledge that many of his previous 'solutions' to cases are dashed. The end sequence itself contains many plot twists and must be seen to be believed.
Source: Author neon000 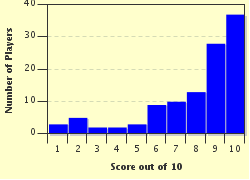