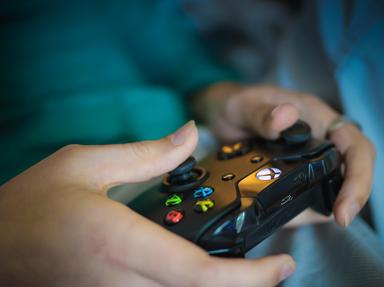 Quick Question
What is Castle's neighbor's name that gets kidnapped by Bushwacker in the Central Zoo.
Sub-Categories With More Video Games L-P Quizzes:

10 questions
Difficult, 10 Qns, kyleisalive, Jan 04 20
Fancy yourself a professional chef? How about you bring three of your closest chef friends and try "Overcooked!" (PC, PS4, Xbox One, NS), a cooperative game all about coordination and food. Good luck!
Difficult
kyleisalive

The Underrated Genius of "The Last Express"

15 questions
Tough, 15 Qns, mrjeremy, Mar 30 20
"The Last Express", originally released in 1997 on PC, is one of the most underrated games ever to hit the shelves. How well do you remember the details from this classic adventure game?
Tough
mrjeremy
Mar 30 20
54 plays
7.

Little Britain: The PC Game 10 questions
Average, 10 Qns, looney_tunes, Nov 27 08
This comedic game takes players on a tour through the lives of the wacky characters made famous by the "Little Britain" television series. Fans of the show might enjoy this quiz even if they haven't played the game.
Average
looney_tunes

No Man's Sky 10 questions
Average, 10 Qns, RedHook13, Aug 30 19
"No Man's Sky" is a space exploration game that was released in August 2016 for PS4 and later for the PC. The highly anticipated game was marred in controversy after its initial release. Let's see how much you know about "No Man's Sky".
Average
RedHook13

Leather Goddesses of Phobos 10 questions
Average, 10 Qns, markswood, Nov 18 13
A text-based adventure (sci-fi spoof) from 1986 that was released on various platforms including the IBM PC (MS DOS), Apple II, Atari ST and Commodore 64. As the title may suggest it had some interesting gameplay.
Average
markswood

"My Singing Monsters" 10 questions
Tough, 10 Qns, Thesuperyoshi, May 07 21
Because nobody has made a quiz of this amazing and cute game for iOS and Android devices, I have decided to make one.
Tough
Thesuperyoshi
May 07 21
90 plays
14.

The Adventures of 'Mr Nutz' 10 questions
Average, 10 Qns, malik24, Apr 20 14
'Mr Nutz' was a platformer released for several systems of the era but first for the SNES in 1994. This quiz pertains to the SNES version of the game. What do you remember of the game and its six levels?
Average
malik24
153 plays
16.

"Papers, Please" (PC) 10 questions
Average, 10 Qns, Headrock, Nov 16 14
"Papers, Please" is a passport control simulator, which is far more exciting than that might sound. Get your passport ready, because this quiz is as tough as the game.
Average
Headrock
132 plays
20.

The Last Remnant 15 questions
Average, 15 Qns, malik24, Mar 19 11
A general quiz about the storyline, quests and playthrough of "The Last Remnant". It was released for Xbox 360 and later in a PC version, however there will be no questions specific to either version.
Average
malik24
198 plays
23.

"Payday 2" - Comprehension 10 questions
Tough, 10 Qns, Electrout, Dec 02 19
Basic questions about the game "Payday 2" by Overkill Software and released for PC, Xbox One, Xbox 360, PS4, and PS3. Some questions are easy, while others are more suitable for experienced players.
Tough
Electrout
Dec 02 19
72 plays
24.

Manic Miner 10 questions
Tough, 10 Qns, Snowman, Jan 12 08
The classic 1980s platformer by BugByte Software was initially released on the ZX Spectrum, C64 and BBC and wasted many hours of my youth. Now, I'll waste a few minutes of your time with ten questions about it.
Tough
Snowman

Master of Magic 25 questions
Average, 25 Qns, crisw, Jun 01 11
Considered by many gaming aficionados to be one of the best computer games ever written, "Master of Magic" (or MOM for short) was released in 1995. Unlike most games of such age, this turn-based fantasy wargame still has many players.
Average
crisw

The Powers of "Peggle" 10 questions
Average, 10 Qns, kyleisalive, Nov 03 11
The Peggle Masters of this PopCap game for PC, Mac, and iPad have very useful powers, but can you harness them to become a champion? Good luck!
Average
kyleisalive