Here's yet another absurd French quiz for those Francophiles at FT. Simply choose the best equivalent in English for the French sentence. After all, how else will you say no to a 500 kilo gorilla


Answer: No, no, no! You may be a one hundred kilo gorilla, but we don't serve dinner till seven thirty at the earliest!

Here's an online translation of it for your amusement: "You have beautiful being a gorilla of one hundred kilos, but we do not serve the dinner before seven hours and half as soon as possible!"
2. Choose the best English equivalent: Alphonse? Pourriez-vous venir m'aider avec ma loutre, s'il vous plait? Elle refuse de sortir de la baignoire.


Answer: Alphonse, could you please come help me with my otter? She refuses to get out of the bathtub.

"La loutre" is otter. Some of the distracters in this quiz come from these words: "la lutte" is the fight, the battle and wrestling, though "le catch" is what they call professional wrestling. "Pourrir" is to rot, "pourri" is rotten, and therefore potpourri means rotten pot literally.
"Pourriez" however, is the conditional form of pouvoir.
3. What's the English equivalent of the following sentence? Elle vend des coquillages au bord de la mer.


Answer: She sells seashells by the seashore.

Though they don't have this as a tongue twister in French, they do have 'Un chasseur sachant chasser" and others. Une coquille sometimes means an error, or typo in a manuscript. La coquille is a shell, like eggshell or even walnut shell. The French absolutely adore 'coquillages' or 'Fruit de mer' in general.

When you stroll through any city you'll see a case outdoors displaying the seafood in its shell and you can order plates of it to be opened and served at your table, raw of course to better slurp. Bruyčre of course, doesn't practice this custom being French by alliance rather than birth. Slurping raw oysters with lemon on them or delving into the sea urchin's gonads isn't my idea of good food. To each his own however.


Answer: When I lifted up my car's hood, there was a feathered serpent in it. I quickly closed it, put cold water on my face, and then it was gone when I went back. I've got to stop watching those home video programs.

« Soulever » is to lift up. Le capot is the hood or bonnet. A common remedy for everything that ails you is 'passe de l'eau fraîche sur le visage.' Merci Maman. "Les video gags" are what they call the numerous video programs sent in from people in France, but they use those from other countries. Weddings, birthdays and the ever-popular people falling from backyard playground equipment into mud or falling off ladders tend to be the standard fare.
5. J'ai compté un troupeau de moutons hier soir, mais sans aucun succčs. Je n'ai pas réussi ŕ dormir. What's the English equivalent?


Answer: I counted a flock of sheep last night, but to no avail. I couldn't manage to sleep.


Answer: The mystery is where did Mrs Lupin's husband go? One day he was walking their rhinoceros in the rose bushes and then oops, he was gone.

Les rosiers, rosebushes, roses. Ou es-tu passé? = where did you go? Un rhinocéros is the same in both, with an accent in French. The rhinoceros gag is straight from Bill Cosby. Neighbor is walking a rhino past another guy. The guy tries to act as if it's normal. "Oh yeah, we used to have one".
7. Que celui qui a mis le chewing gum sur la chaise de Monsieur Dupin lčve la main! Il va falloir chercher des glaçons. English equivalent?


Answer: The one who put the chewing gum on Mr Dupin's chair should raise his or her hand! We'll have to go get some ice cubes.

Que celui...might be translated in some contexts as 'let he who' but in this context, it's a more spoken version. I've always wondered if teachers actually thought the culprits of practical jokes like putting chewing gum on their teacher's seats would raise their hands and admit it! By the way, ice cubes really do help get the chewing gum off of fabric. Peanut butter will dissolve pitch in your hair too. Les glacons are ice cubes of course.
8. Ma mčre a un chihuahua qui joue et chante du Beethoven mais seulement la sonate au clair de lune. Il ne joue pas "L'Hymne a la joie". English equivalent "s'il vous plait".


Answer: My mother has a chihuahua who plays and sings Beethoven but only the Moonlight Sonata. He doesn't play the "Ode to Joy".

Believe it or not, my mother's Cairn Terrier did sing and play the piano and it was pretty funny. "La Sonate au clair de lune" is obviously the "Moonlight sonata". "L'Hymne a la joie" is played for ceremonies from time to time in French town plazas.
9. What is the English equivalent of this sentence? Savez-vous compter les feuilles de chou ou les ecureuils roux?


Answer: Do you know how to count cabbage leaves or red squirrels?

Un ecureuil is one of those words that non-native speakers find very hard to pronounce. It's the symbol of the savings and loan bank throughout France and synonymous with savings.
Une feuille de choux is a cabbage leaf as you've ascertained, however, you can sometimes refer to a small child as a 'feuille de chou'. Yes, the word 'mon petit chou' is used from time to time. 'Mon chou' or my cabbage literally is said and 'c'est chou' is cute.
Ah yes, un ecureuil roux is a red squirrel or a russet colored squirrel that may be found in the French Alps. They have little tufty ears and are very cute.
10. Nous serions trčs heureux de vous inviter ŕ dîner ce soir si seulement notre horoscope nous le permettait. Malheureusement notre lune est en verseau.


Answer: We would be very happy to invite you to dinner tonight if only our horoscope would permit us to do so. Unfortunately, our moon is in Aquarius.

The French tend to really go all out for formal phrases that are rather difficult to master not only for foreigners, but for the French people themselves. In fact, you can purchase examples of formal letters for any occasion in the bookshops there. How to tell your tax agent you weren't hiding anything, or how to tell your neighbor you're suing him for his wall that blocks your view of the sea.

In fact, there's lots of material for my quizzes in your average letter writing book...nah...don't miss that one bit! Clock= horloge, la lune = moon, verseau is Aquarius and Pisces is 'poissons' or fish literally in French.
Source: Author Bruyere 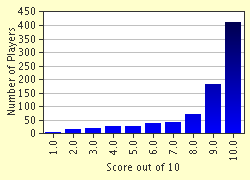