The Ford Capri was THE babe magnet car of the "everyman" in the 1970s. The car was a huge hit in the UK and Europe. Here is a quiz dedicated to a design classic.

Quiz Answer Key and Fun Facts
1. What was the name originally intended for the Ford Capri?

The Capri was to be the European version of the US Mustang. The design operation was was codenamed "Project Colt", but Mitsibushi had copyright of the name Colt, and so the Capri was born.
2. What was the advertising slogan used for the Ford Capri?


Answer: "The car you always promised yourself"

Not the catchiest of slogans, but the thinking behind it was that the Capri was desirable and attractive, and most of all affordable. You could buy the most basic model and it could still look like it was top of the range.
3. In what year was the car launched?

The Capri was launchad at the Brussels Motor Show in January 1969 and caused a major sensation all over Europe. Although the press had seen the car at previews in Cyprus all details were kept under wraps until the launch day of 24 January 1969.
4. Throughout the 1980s the Ford Capri was consistently listed as one of the top 10 selling cars ever in the UK?

The Capri sold over 2 million worldwide and was on sale for over 15 years. Many special editions were available throughout it's lifetime and many extras and engine types added to it's appeal. The Capri finally went out of production in 1987, but in 2002 there are talks of a relaunch along the lines of the new versions of the VW Beetle and the BMW Mini.

The Ford Probe and Cougar were aimed as replacements but were never big hits. The new model Capri will be based much more closely on the original shape.
5. What was the name of the last model to be in production?

Exactly 1038 Brooklands 280 Capri's were sold, although there was originally enough paint for just 500. The colour was dark green and if you see a car from the start and end of production you will notice that the earlier car is darker.
6. A 3 minute commercial was made for the Ford Capri in 1974. Who was the star of the ad?

Martin Shaw was in this advert before he hit the big time in "The Professionals". It is also a well known fact that Bodie and Doyle often drove around in a Ford Capri.
7. In 1973 Ford's launched the Capri Mk II. What was the code name for the design project?

The new Capri was available in March 1978. Most of the changes of the car were to improve the way it handled and the aerodynamics. A few cosmetic changes were made such as a smaller steering wheel, a rear spoiler and new trip colours.
9. The Ford Capri was the first car to have that name.

In the 1950s there was a car available called the Lincoln Capri.
10. Which TV show has the Ford Capri appeared in?

Showing it's true cult status the Capri has starred in 3 of the most famous UK shows from the 1980s. All of the shows have a huge following and cult status just like the Ford Capri.
Source: Author miaow 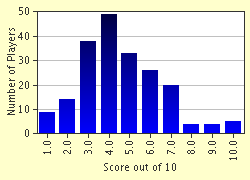