O.K. I really hooked you with the last Vette quiz, so I toned this one down a lot. General knowledge of the Corvette only (I promise...:D )

They sure did, and you could only get them in white with red interior. They had a straight 6 cyl (235 c.i.) with three side draft carbs that produced a whopping 150 h.p. @ 4500 rpm
2. Which engine type doesn't belong to the Vette?

The '63 Split Window Fuelie Vette is the dream car of Corvette lovers everywhere. Bill Mitchell insisted on the split rear window design, although Zora (among others) didn't like it because it hindered rear visibility. In the event, it only lasted one year.
6. The 'SILVER' anniversary Corvette was also the first Vette to pace Indy 'officialy'. What year was it? ____

Both the 1961 Mako Shark and its successor (1965 Mako Shark II) were beautiful functioning Corvette concept cars. Important styling cues had been taken from both.
9. Did Chevrolet release a 1983 Corvette, for sale, to the general public?

The sixth generation Corvette had some delays, and arrived in the spring of 1983 as 1984 models. The historically minded found they had been deprived of a 30th Anniversary Corvette :(
10. They 'never' manufactured an 'all metal' Corvette (body).

All Corvette bodies are manufactured with composite materials, such as fiberglass.
Source: Author go-baby-go 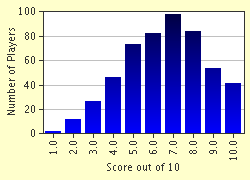 
Other Destinations
Explore Other Quizzes by go-baby-go