A ten question quiz on famous aircraft in history.

Quiz Answer Key and Fun Facts
1. This plane was designated the HK-1. It was made of wood and flown only once by its owner: Howard Hughes.

The idea for the HK-1 flying boat came from Henry Kaiser, head of one of the largest shipbuilding firms of the time. Kaiser thought a ship that could fly over the danger might be the answer. Howard Hughes was known as an innovator in aircraft construction and design.

These two men, both legends in their own time, would launch the venture to build the huge craft (originally, three were to be built). The new plane's official name bore the initials of the principals in the project HK-1, but to most of us it's always just been 'Spruce Goose'.

The huge plane would be made primarily of wood, saving materials critical to the war effort. The difficulties creating such a large airframe made of wood were unknown at the beginning of construction and would prove to be many.

The final product is a tribute to the efforts of the team in overcoming the problems they faced. A structure made of lumber was created that, even on close inspection, bears little resemblance to any form of wood! Hughes would prove to be a demanding taskmaster during the period of development and construction.

His attention to detail and insistence everything on the new plane be nearly perfect, was largely responsible for both the beauty of the finished product and it not being ready to fly until after the war had ended.
2. Designated the X-1, this was the first plane to break the sound barrier.

The flight demonstrated that aircraft could be designed to fly faster than sound, and the concept of a sound barrier crumbled into myth.
3. Flown by H. Ross Perot Jr. and Jay Coburn this helicopter completed the first circumnavigation of the world by helicopter on September 30, 1982.

4. The most famous B-17 in World War II because she was the first heavy bomber in Hitler's European war theatre to complete 25 combat missions and keep her entire crew alive.

The Belle shot down eight enemy fighters, probably destroyed five others, and damaged at least a dozen more. She dropped more than 60 tons of bombs over Germany, France and Belgium. During her 25 missions she flew 148 hours, 50 minutes, and covered more than 20,000 combat miles. She is the only B-17 to have her own file in the Air Force Film Depository.
5. The B-29 bomber used in the atomic mission that destroyed Hiroshima, August 6th, 1945.

The Enola Gay was one of 15 B-29s modified specifically for the highly secret atomic bomb missions. These airplanes were outfitted with new engines and propellers and faster-acting pneumatic bomb bay doors. The Enola Gay was one of 536 B-29s manufactured at the Glenn L. Martin Aircraft Factory in Omaha, Neb. Like most planes in the 509th, this one had a nickname. Pilot Col. Paul Tibbets named the plane in honor of his mother, Enola Gay, and had the words painted on the side of the plane just before takeoff.
6. First plane to complete a round-the-world flight from April 6 to September 28, 1924, this plane was built by the Douglas Aircraft Company.

The aircraft had no radios, navigational aids, or weather-forecasting equipment. Their only instruments were a compass, an altimeter, and a turn-and-bank indicator.
7. Charles Lindbergh made the first solo non-stop flight between New York City and Paris in this plane in 1927.

It was painted silver and carried registration number NX21 1, which, with all other lettering on the plane, was painted in black. Lindbergh made several test flights, and then flew the aircraft from San Diego to New York on May 10, 1927, making only one stop, at St. Louis.

His flight time of 21 hours, 40 minutes set a new transcontinental record. After waiting several days in New York for favorable weather, Lindbergh took off for Paris alone, on the morning of May 20, 1927. Thirty-three hours, 30 minutes, and 3,610 miles later he landed safely at Le Bourget Field, near Paris, where he was greeted by a wildly enthusiastic crowd of 100,000.
8. The first successful sustained flight of a heavier-than-air flying machine was made in which plane?

During the Wrights' design and construction of their experimental aircraft they also pioneered many of the basic tenets and techniques of modern aeronautical engineering, such as the use of a wind tunnel and flight testing as design tools. Their seminal accomplishment encompassed not only the breakthrough first flight of an airplane, but also the equally important achievement of establishing the foundation of aeronautical engineering.
9. Flown by Lincoln Ellsworth, this plane completed the first trans-Antarctic flight in November 1935.

10. A US Air Force aircraft that transports the President of the United States is given what call sign?

A United States Marine Corps aircraft carrying the President is given the call sign "Marine One".
Source: Author Roswell 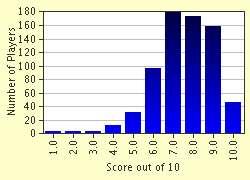 
Other Destinations
Explore Other Quizzes by Roswell