Je m'appelle Capitaine Plodette of Le French Foreign Legion. I know a leetle English which will help me explain to you the language barriers I face when I train new recruits from around the world. Help me to translate pleeze.

Quiz Answer Key and Fun Facts
1. I have a new recruit from Spain and I am trying to explain that the French Foreign Legion has been active since 10th March 1831. What is the Spanish word for the month "March"?

The French Foreign Legion was established in 1831 and is unique in that both foreign nationals and French citizens are allowed to serve. The Spanish have their own Legion which has been active since 1920, but they stopped recruiting foreign nationals after 1986. "The French Foreign Legion has been active since 10th March 1831" translates into Spanish "La Legión Extranjera Francesa ha estado activo desde 10 de Marzo 1831".
2. New recruits from Portugal are being instructed on fitness and discipline as part of their training to become a soldier in the French Foreign Legion. What is the Portuguese word for "soldier"?

New recruits have to undergo 15 weeks of basic training before they can progress through the ranks. Once they complete their initial training, they become Legionnaire 2e Classe, or Private rank. The highest rank they can achieve is Général de Brigade, or Brigadier General. "Fitness and discipline is part of their training to become a soldier" translates into Portuguese "Fitness e disciplina é parte de seu treinamento para se tornar um soldado"
3. Since the French Foreign Legion was established in 1831, more than 210,000 volunteers have come from Germany. What is the German word for the country "France"?

German volunteers have made up a large volume of the French Foreign Legion since its inception. This has been followed by Italy with 60,000, Belgium with 50,000 and French nationals, also with 50,000. "A large number of volunteers have come from Germany" translates into German "Eine große Anzahl von Freiwilligen kommt aus Deutschland".
4. The French are known for their sense of fashion and the new recruits of the French Foreign Legion have to be kitted out in uniform, including their new "kepi". What is a "kepi"?

A "kepi" is a hat with a flat circular top and a visor. These are the hats that we most associate with soldiers of the French Foreign Legion. Prior to 1939, the hat was either red and blue or khaki. White caps were introduced after this date as a way of reflecting heat of the sun. "Since 1939, the white kepi is worn on most occasions" translates into French "Depuis 1939, le képi blanc est porté la plupart du temps".
5. The Irish are known for their luck, from the green shamrock to the green leprechaun. It is no surprise that these new recruits for the French Foreign Legion wear their green berets with pride. What is the Irish word for "green"?

The Irish consider the green shamrock, or three leafed clover, good luck. The same goes for the little old man of Irish folklore, the leprechaun, who is normally depicted wearing a green suit and hat. The green beret of the French Foreign Legion is used for ordinary duty, whereas the white "kepi" is used for formal occasions. "Green is the colour of grass" translates into Irish "Is glas dath na féar".
6. I am having a few problems with a Finnish recruit of the French Foreign Legion who is afraid of heights. I made him wear his parachute before I pushed him out of the aeroplane! What is the Finnish word for "parachute"?

Initial training for new recruits include marching, driving, as well as practical and technical training. Also included is learning how to speak the French language. Legionnaires are trained up to "Commando" level which includes parachuting, water landings and rappelling down steep mountain faces. "I made him wear his parachute before I pushed him out of the aeroplane!" translated into Finnish "Tein hänestä käyttää hänen laskuvarjo ennen kuin työnsin hänet lentokoneessa!".

Banaani, oranssi and omena are Finnish for banana, orange and apple.
7. After finishing a hard days training, I instruct all my Italian recruits to head back to their barracks to polish their shoes and clean their uniform. What is the Italian word for "barracks"?

The headquarters of the French Foreign Legion is at Aubagne in the south of France. Regiments are also based on Corsica, French Guiana and Djibouti. Army life is similar to elsewhere, with living quarters in barracks while training is carried out in the field. "I must polish my shoes and clean my uniform" translates into Italian "Devo lucidare le scarpe e pulire la mia uniforme".
8. It is now the best time of day and time to nourish our tired bodies with food. A new group of Romanian recruits in the French Foreign Legion have cooked us "sarmale". What is "sarmale"?

Samale is a dish that is served in Eastern Europe, especially Romania where the dish is eaten throughout the year. Minced pork, beef lamb or veal is mixed together with rice, onions and spices before being wrapped in a roll using cabbage leaves. Sometimes the cabbage is fresh, and other times the cabbage is pickled. It is then slow boiled for a few hours.
9. Each new recruit in the French Foreign Legion is taught the "Legionnaire's Code of Honour". Can you translate the first line from English into French? "Légionnaire, you are a volunteer serving France with honour and fidelity."

Each soldier in the French Foreign Legion must follow a certain code of conduct. With such a diverse group of foreign nationals, discipline, loyalty and pride must come naturally which is why the "Code of Honour" is drummed into each new recruit as soon as they start. In French, of course! En français, bien sűr!
10. "Legio Patria Nostra" is one of the mottos of the French Foreign Legion. What is the nearest translation from Latin into English?


Answer: The Legion is our Fatherland

Pride, honour and fidelity, or translated into Latin, "superbia, honor et fidelitas". These are some of the words you would associate with the French Foreign Legion. Even though these soldiers serve in France, the Legion respects that each person keeps their own nationality and they will never forget, or turn their back on, their own country.
Source: Author Plodd 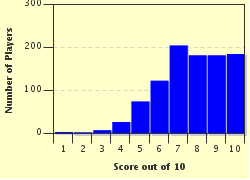