All about the history of the world famous Land Rover brand of 4WD vehicles.

Maurice Wilks was the chief designer for the Rover Car Company and worked on his prototype on his farm in Anglesey. He was inspired in design by the wartime Jeep that played a major transport role in World War II.
2. Why was the original Land Rover built bodied in aluminium?

Land Rovers were bodied in an aluminium alloy called Bermabrite which was in plentiful supply after the war when the Rover factory returned to car production from wartime aircraft manufacturing.
3. In 1983, the Land Rover brand changed from numerical series designation to a named product; what were those names?

The model names where changed to reflect the wheelbase of each model. Curiously, the Ninety and One Ten differed from the designation of 127 for the extended wheelbase versions.
4. When was the Defender name adopted for Land Rover vehicles?

The Defender name was introduced to distinguish the traditional Land Rover from the Discovery.
5. In 1970, the Rover Car Company introduced the Range Rover, at which International Motor Show where it was launched?

The Range Rover was launched at the Geneva Motor Show, the premier trade show at the time.
6. One designer of the Range Rover, Charles Spencer King, later had a limited edition vehicle named in his honour. What was this called?

Spencer King was the nephew of Maurice Wilks, the designer of the original Land Rover.
7. The Discovery introduced in 1989 had an interior designed by which leading designer?

The interior was designed by the Conran Design Group run by Jasper Conran, son of the fashion guru Terrance.
8. Which international off road challenge used solely Land Rover vehicles from 1981 to 1998?

The Camel Trophy has been called the "Olympics of 4x4" and took place in some of the most inhospitable parts of the world.
9. In 1996, when the final member of the Land Rover family was launched, which major motor manufacturer owned Land Rover?

BMW purchased Land Rover from British Aerospace shortly before the launch of the Freelander.
10. Land Rover was recently reunited with another BLMC brand when sold by the Ford Motor Company. What was the brand and who was this latest owner of Land Rover?

Reunited with Jaguar from the days of British Leyand, Land Rover was owned by the Indian Tata Motors.
Source: Author pabs0 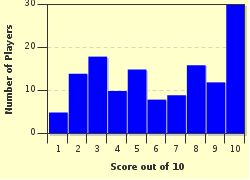 
Other Destinations
Explore Other Quizzes by pabs0