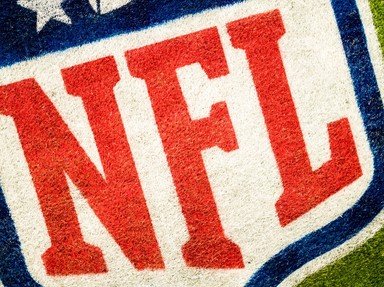 How much do you know about Baltimore Ravens? This category is for trivia questions and answers related to Baltimore Ravens (Sports). Each one is filled with fun facts and interesting information.
Related Questions & Answers:   NFL Teams    Pittsburgh Steelers    New York Giants    Minnesota Vikings    Green Bay Packers    Dallas Cowboys    Washington Redskins    Baltimore Orioles    Maryland (U.S. States & Cities)
1 What was the first year for the Baltimore Ravens in the NFL?


Cleveland Browns owner Art Modell moved the franchise to Baltimore in 1996. After legal suits were settled, he was forced to leave the Browns name, colors, and history in Cleveland so that a Cleveland team could be reactivated in 1999, but Modell was allowed to retain the Browns players' contracts and thus started the Baltimore club.

2 Jamal Lewis has done many great things in his few years of being in the NFL. He broke the single game rushing record, and came close to breaking the single season rushing record. But do you know which year he was drafted in?


Jamal Lewis was 1 of 2 Baltimore Ravens drafted in the first round of the 2000 season. He was drafted 5th overall.


Holmes ran all over the Cincinnati Bengals in a 20-13 Ravens win. In 1998, Byner had retired, Morris was playing for the Chicago Bears, and Lewis was still in college at the University of Tennessee.

5 In 1996, Art Modell moved his team from which city to Baltimore to become the Ravens?


The beloved Cleveland Browns moved to Baltimore and began playing as the Ravens in the 1996 season under head coach Tim Marchibroda. The move was a big controversy, but it died down when Cleveland got a new Browns team.

6 In 2004, who did the Ravens original owner Art Modell sell the team to?


Bisciotti first bought 49% of Modell's share then in April 2004 he bought the remaining 51% of the team. Wilson, Irsay, and Kraft were all owners in 2004: Buffalo Bills - Ralph Wilson, Indianapolis Colts - Jim Irsay, and New England Patriots - Robert Kraft.


Brian Billick led the Ravens to a win in Super Bowl XXXV.

8 After winning Superbowl XXXV, the Baltimore Ravens decided to bulk up the tightend position. Who was the man they drafted to do that?


Todd Heap, the rookie sensation out of Arizona State was taken with the 31st pick of the 2001 draft by the Super Bowl champs. He was taken to back up the veteran Shannon Sharpe.

9 Who was the first player ever drafted by the Ravens?

10 How many rushing yards did Jamal Lewis have in the 2000 Super Bowl season?


An outstanding season for Jamal Lewis with 309 attemts and 1364 yards rushing, he averaged 4.4 yards every time he touched the ball.

11 Who was the first player the Ravens ever drafted in their history?


Jon Ogden was the Raven's first-ever draft pick in the club's history.


Peter Boulware took at olb, and Todd Heap made it at tight end, leaving Jonathan Ogden at tackle.

14 Under which head coach did the Ravens win Super Bowl XXXV?

15 Who was the first head coach of the Ravens?


After three losing seasons, Ted Marchibroda's win-loss record was 16-31-1. Prior to taking the reins of the Ravens, Marchibroda had been head coach of both the Baltimore Colts and the Indianapolis Colts. After he was fired, Brian Billick was then hired to take over the team.

17 Ed Reed is learning to become the greatest safety of all-time. Playing in his first Pro Bowl in 2004, which year was he drafted?


Ed Reed was the first round pick for the Baltimore Ravens in 2002. He was picked 24th overall and came out of Miami (Florida).

18 Who took the job at running back when Jamal Lewis got injured, in the 2001 season?


With Jamal Lewis injured, Terry Allen was called in to take his place, leading the team to its 2nd playoff appearance in a row.


M&T Bank Stadium is located near Orioles Stadium in Baltimore. The seats are purple like the team. It was opened in 1998 and was the first stadium opened specifically for the Ravens. Before, the Ravens would play in Memorial Stadium, same as the old Baltimore Colts. Old names for the stadium include Ravens Stadium and PSINet Stadium.

20 What are the two main team colors?


The Ravens add a little gold and white for trim and flair, but the main colors are black and purple. There was a logo lawsuit in the Modell era due to a copyright infringement issue. The Ravens organization lost the lawsuit and the logo that had a "B" shield was changed to a raven head with a gold "B" on it.

21 Who were the first and second string cornerbacks in 2005?


These are two of the most dominating cornerbacks in the league. McAlister's only interception in 2005 resulted in a touchdown.

22 What was the name of the player that won the Defensive Rookie of the Year Award in 1997, and was taken out of Florida State with the Ravens' first round pick in 1997?


Peter Boulware exchanged his Seminole for a Raven jersey, when he was drafted in the first round by Baltimore in 1997, and he finished a great rookie season off with the Defensive Rookie of the Year Award. He racked up 58 tackles with 11.5 sacks.

23 What team was the Ravens playing against, when Chris McAlister broke the record for the longest play in NFL history?


Chris McAlister broke the record with a bad field goal attempt by Jason Elam, he was paved the way by the blocking of Ray Lewis.

24 What was the first stadium that the Ravens called home?


The Ravens have called only two stadiums home through the 2007 season. First, the Memorial Stadium for a couple of seasons, then the M&T Bank Stadium.


The Ravens beat the Dolphins in Miami 20-3, then lost in the divisional playoffs to the Steelers, 27-10.


Javin was taken in the sixth round, 206th overall.

28 What was the first Super Bowl Championship for the Ravens?


B.J. Sams set a franchise record for most combined return yards in a season (1,826 yards).

30 In 1999, the Baltimore Ravens chose Chris McAlister with their first round pick. The year before they chose a cornerback also in the first round. Who was he?


Duane Starks was drafted by the Baltimore Ravens in the first round of the 1998 draft, but left the Ravens after there Super Bowl XXXV win. He later played for the Arizona Cardinals.


Lewis was a Hurricane in more ways than one.

32 What team did the Baltimore Ravens, originate from?


Art Modell decided to move his franchise to a winning city BALTIMORE.

33 Which Raven player was the Super Bowl MVP of the team's first championship win?


Ray Lewis was the first linebacker to win Super Bowl MVP since 1971. Because of a legal controversy involving stabbings, murder, and obstruction of justice, when Ray won the MVP award, he did not get to reap the endorsement benefits that go along with it. He also didn't get the trip to Disney. His teammate, quarterback Trent Dilfer, was awarded the trip to Disneyland. Ray was drafted in the first round by the Ravens out of the University of Miami in the Ravens inaugural season.


Ray Lewis was on the All-American team in his senior year while playing for the Miami Hurricanes.

35 The Baltimore Ravens' very first draft ever was a great one. Who did the Ravens chose out of Miami (Florida) in the first round with the 26th overall pick?


Ray Lewis could be known as one of the best middle linebackers that ever played the game. He was drafted #26 in the first round of the 1996 draft. Ray Lewis was only drafted behind one another Raven, and that was offensive tackle Jonathan Ogden.


Chris Redman wore the #7 and was sidelined because of injury in the 2002 season.

37 The Ravens had a disappointing season in 2007, when they lost to which winless team, giving them their first win of the season?


It was a disappointing season indeed. The Ravens went 5-11, losing to the Miami Dolphins in a crushing overtime defeat. Things weren't going well for the Ravens, and they fired their long time head coach Brian Billick.


Jamal was the fifth overall pick in the 2000 draft. The Ravens drafted him in the running back position and he didn't prover them wrong. He rushed for over 1000 yards in his rookie season with the Ravens.

40 Chris Redman was taken out of Louisville in the 2000 draft by the Baltimore Ravens. Which round was he choosen in?

The rest of the questions and answers can be found in our quizzes here:
Baltimore Ravens Quizzes