Either you love em' or hate em'. How well do you know the PT Cruiser? Let's find out.

Bryan Nesbitt currently works at General Motors. He also designed the Chevrolet HHR.
2. What do the letters "PT" stand for?

Tangerine Pearl was the color of he 2003 Dream Cruisers. Inferno Red, Patriot Blue, and Aquamarine were some of the colors of the 2001 PT Cruisers.
4. What year was the PT Cruiser turbo introduced?

The 2003 model had a turbocharged 2.4 liter engine and had horsepower of 215. 2 years later, Chrysler increased the horsepower of the Turbo vehicles to 230.
5. The 2002 PT Cruiser had three different models to choose from. Which of the following wasn't one of them?

The Limited model also includes cruise control, driver/passenger vanity mirrors, and either simulated or geniune leather seats. Heated seats were also an option for the Limited model. The Base and Touring models have cloth seats.
6. Monster Garage was a show that turned ordinary cars into "monster cars". One episode the guys used a PT Cruiser. What did they turn the PT into?

The Wood Chipper PT episode originally aired January 20, 2003. Jesse James wasn't impressed by the idea of building it. He said, "This is Hollywood guys trying to think of something cool, but really ain't". In 2008, the Wood Chipper PT was sold at the Barrett-Jackson car auction for $12,500.
7. The 2005 PT Cruiser Dream Cruiser edition is a two-door convertible.

The 2005 PT Dream Cruiser is not only a two-door convertible, but it is also powered by a 220-horsepower high-output turbocharged engine. It's exterior color is Deep Lava Red.
8. In 2006, Chrysler re-styled the PT Cruiser.

From 2001 thru 2005, the PT Cruiser pretty much remained the same. In 2006, the model received a makeover. The front fascia, rear bumper, and lighting were amongst the exterior items that were re-stylized. Door panels, instrument panel, center console and other interior items were also updated.
9. Which of the following is not a PT Cruiser special edition? 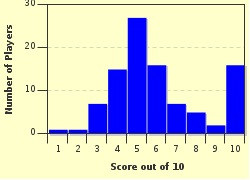 
Other Destinations
Explore Other Quizzes by dotsnoopyfan